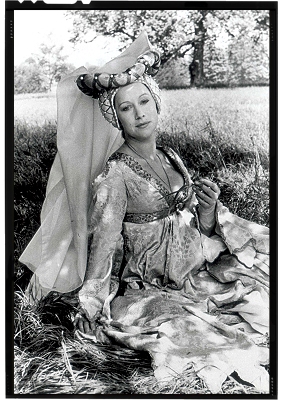 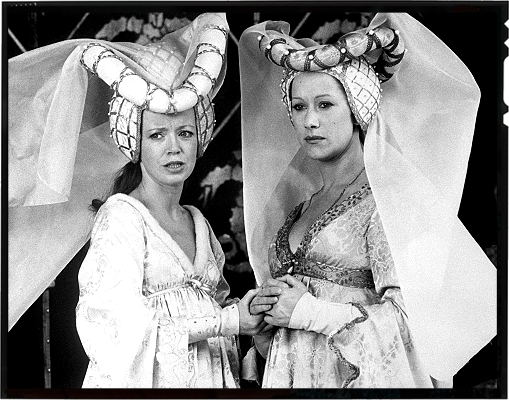 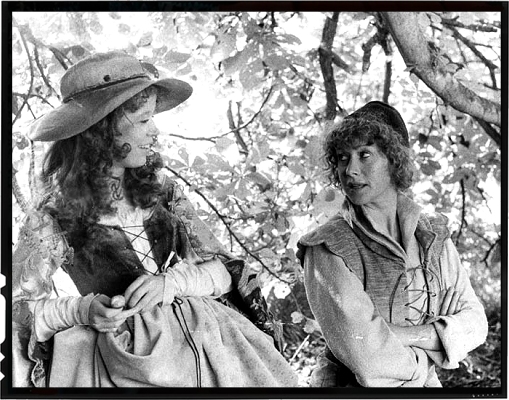 Production stills from the BBC production of “As You Like It”, in which Mirren played Viola opposite Angharad Rees’ Celia.

A rather slow year with only one television film (Helen spent most of the year filming for tv projects that were released in 1979), but with a wonderful lead performance as the classic Shakespeare character Viola in “As You Like It”, produced by the BBC. Between 1978 and 1985, the BBC produced its Shakespeare collection – adaptations of all 37 Shakespearean plays. What sounded like an epic task and a definite contribution to the history of television was flattened by numerous problems during production and a rather negative feedback by critics and viewers throughout. The concept originated in 1975, when BBC producer Cedric Messina was on location at Glamis Castle in Angus, Scotland, shooting an adaptation of J.M. Barrie’s “The Little Minister” for the BBC Play of the Month series (in which Helen Mirren played Babbie). It occurred to Messina that the castle would make a perfect location for an adaptation of Shakespeare’s “As You Like It”. By the time he had returned to London, however, the concept had grown considerably, and he now envisioned an entire series devoted exclusively to the dramatic work of Shakespeare. Although the BBC worried about its success and the possibility of its funding, the series was greenlit with financial support from various American broadcasting services. 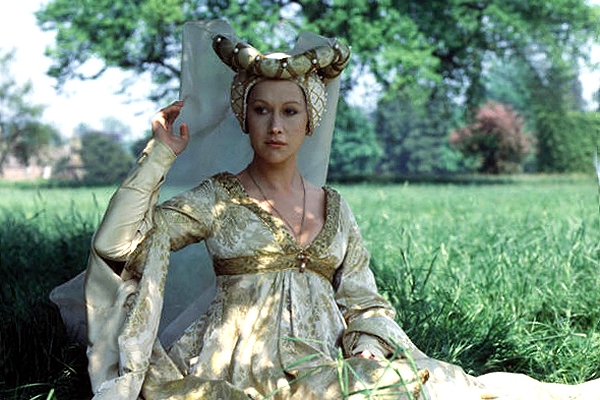 Television Films & Series
As You Like It
December 17, 1978
www.helen-mirren.net
Advertisment