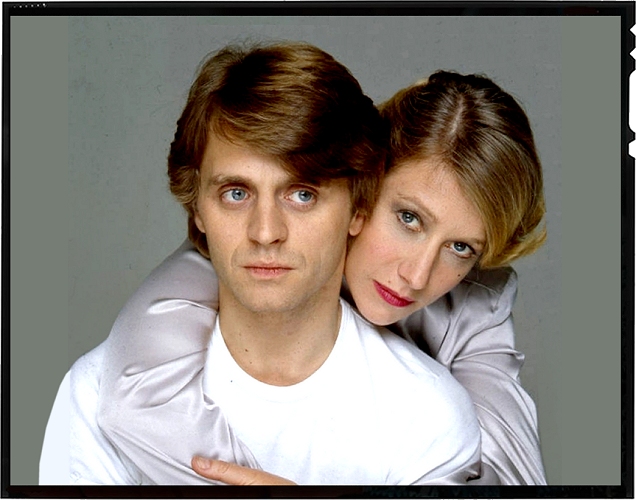 Leading Lady: Helen Mirren attends the German premiere for “2010: The Year We Make Contact” at the Berlin International Film Festival. She plays Frieda Richthofen Weekley to Kenneth Brannagh’s D.H. Lawrence in the telepic “Coming Through”. Taylor Hackford’s “White Nights” premieres in US theaters in December 1985.

“2010: The Year We Make Contact” grossed 40 million in North America and received 5 Academy Award nominations in the technical categories – Best Art Direction, Best Makeup, Best Visual Effects, Best Costume Design and Best Sound Presentation. Helen was invited to promote the film in Germany at the Berlin International Film Festival. It was further chosen as a Royal performance in March 1985. As Helen remembered, “I had to come from Fulham for this Command Performance, attended by Charles and Diana. With my friend Sally I left with plenty of time, as we had strict instructions to arrive for the screening before the Royal party. However I did not reckon with Fulham football ground. They were playing at home that Saturday, and just as we left for the theatre the fans came out. My car got stuck in horrendous traffic. The only way to get to Leicester Square on time was to bail out of the car and run the last 500 years. Sandy and I ran, jumped the security fence and arrived panting and sweating seconds before Charles and Diana”. 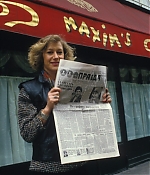 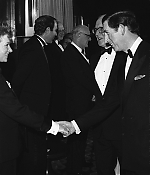 At a photocall for “2010: The Year We Make Contact” in Paris, France. With Prince Charles at the film’s British Royal Premiere. At the 38th British Academy Film Awards as a Best Actress nominee for “Cal”. With Isabella Rossellini and Taylor Hackford at a New York reception for “White Nights”.

The accolades wouldn’t stop here, as Helen received the first BAFTA nomination of her career as Best Actress for “Cal”. After the Cannes Film Festival’s Best Actress prize and the Evening Standard British Film Awards, this was a crowning achievement for a small film. Still, neither the accolades nor her status as a Shakespearan actress did matter a thing in Hollywood. Helen was having trouble finding work. She shared a flat with actresses Rory Flynn (daughter of Errol) and Carinthia West. A passionate photographer, West shared her memories in 2013, when many of her photographs from that time were published in an exhibition. “Helen insisted on taking the smallest room but for the largest rent because she was the only one of the three of us really earning. I had a screenplay that I had co-written with Helen accepted by Universal. We drank a lot of champagne that night! Being Helen, she generously let me keep the money. It never got made, but the title was apt: English Muffins.” Helen loved the Hollywood scene, kept her friendships with Brad Davis, with whom she’s worked in 1981 on Mrs. Reinhardt, and John Hurt, and was fascinated by West’s friends, including Anjelica Huston. Work would be less fascintating though. Helen took on an episode role on “The Twilight Zone”, playing a woman who changes identities when putting on shoes that belonged to a murder victim. 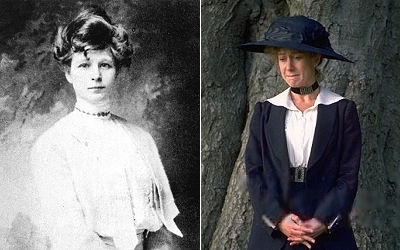 Frieda von Richthofen Frieda von Richthofen was a German literary figure mainly known for her marriage to the British novelist D. H. Lawrence, whom she met for the first time when he was a student of her husband, Ernest Weekley. Following her divorce, Frieda and Lawrence married in 1914. Their love affair was depicted in the 1985 telepic “Coming Through”.

She had also filmed a rather dull television movie on the 1912 affair between D.H. Lawrence (Kenneth Branagh) and Frieda von Richthofen Weekley in “Coming Through”, which was broadcast on British television. But things would change when Helen received the script for “White Nights”. “The role was ok. Head of the Kirov Ballet, someone who worked within the system. I took exception to certain elements in the script, which I thought reflected too closely American paranoia about Soviet Russia.” But Mirren was not content with the process of auditioning in Los Angeles, which she has called “intimidating and humiliating”. And she was not impressed with the film’s director, Taylor Hackford, who was late for their meeting. Although quite impressed with Mikhael Barishnikov, who read a scene with Mirern, it wasn’t until Hackford told her that she had seen her before, when Helen was performing with Teatro Campesino, as part of Peter Brook’s Conference of the Birds. “There and then I knew I was not dealing with the normal kind of Hollywood film director”. In “White Nights,” Mikhail Baryshnikov plays Nikolai Rodchenko, a Russian ballet star who, after having defected eight years earlier, suddenly finds himself back in the Soviet Union when the 747 jet carrying him from an engagement in Paris to one in Tokyo accidentally crash-lands at a top-secret base in Siberia. Helen Mirren plays the head of the Kirov Theatre, a powerful woman in the Russian cultural scene, who was Rodchenko’s girlfriend back when both were dancers at the Kirov. Rounding out the cast were Gregory Hines as a tap-dance who is forced to spy on Rodchenko, Isabella Rossellini in her first film performance as Hines’ girlfriend and Geraldine Page as Rodchenko’s American agent. 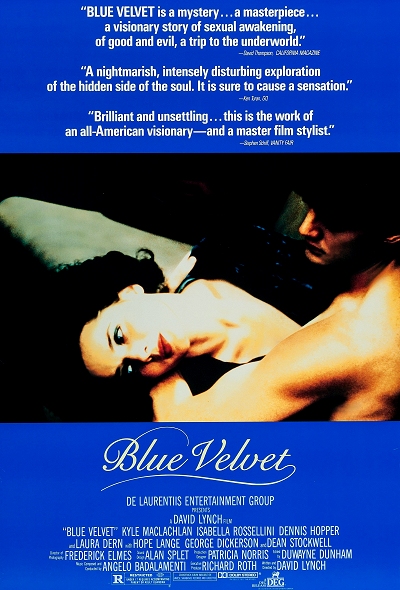 Helen’s “White Nights” co-star Isabella Rossellini made a connection that could have been another breakout – but one she eventually declined. Rossellini’s partner David Lynch was in the process of casting roles for his upcoming film “Blue Velvet”. For the part of nightclub singer Dorothy Vallens, Lynch envisioned Mirren. Knowing that Rossellini had just wrapped a film with her, Lynch encouraged Rossellini to contact her. As Lynch remembers, “the things that struck in the beginning was I wanted Dorothy to be beautiful, but have a mysterious quality and a vulnerable quality within the mystery. Although Mirren declined the part, Lynch credited her for “really helping me on that script.” After meeting Mirren, he offered the role to Rossellini.

In preparation for the part in “White Nights”, Helen flew to Leningrad for a few days and spoke to a couple in London which fled Russia years before. It was her second time in Russia after Brook’s theatrical tour. “The first time I couldn’t separate what I was used to, the extent to which I was already dependent on the things that I thought that I despised in England, like the commercialism and hamburger joints and orange plastic. Just the crassness of consumptive society, I always thought I hated. Until I went to Russia. And I suddenly realised that I was sort of addicted to it. And I missed those beautiful big billboards advertising Marlboro cigarettes. The color of Western society, I missed desperately. However, the second time around I was there for much less time, I tried to look beyond that, into the faces of people and into the hearts of people”. For exterior scenes, a team of travelogue filmmakers from Finland, who previously had done work in the Soviet Union, were hired to film a number of locations in Leningrad, such as the Kirov Theatre and the Lenin monument, as well as a Chaika state-limousine. These scenes were then inserted into the movie. Helen was given the opportunity to actually visit the Kirov Theatre. “Taylor organized that I could go to Russia. And I had a rather extraordinary experience. I was taken, in great secrecy, backstage to the Kirov, through contacts that I had made, and that was an amazing sort of research tour.” Helen’s role only had a few scenes in the film opposite Baryshnikov, playing his one-time lover before he fled the country. But she certainly left an impression on Hackford, as the two fell in love during the shooting of the film. “White Nights” released US theaters on November 22, 1985 to mixed reviews. The New York Times critizised a missing chemistry between Barishnikov and Gregory Hines. “Nothing about the two defectors’ growing friendship and mutual respect is believable, though it could, theoretically, be plausible. Further, the narrative is so loosely organized that after the film has been under way for an hour, you’re still waiting for it to start.” However, they praised the supporting performances by Mirren and Geraldine Page. “That fine English actress Helen Mirren appears as Nikolai’s former lover and co-star, whose career in the Soviet Union was almost wrecked by Nikolai’s defection.” “White Nights” might be best remembered for its music, especially “Say You, Say Me” by Lionel Richie, who won the Academy Award for Best Original Song in 1986. 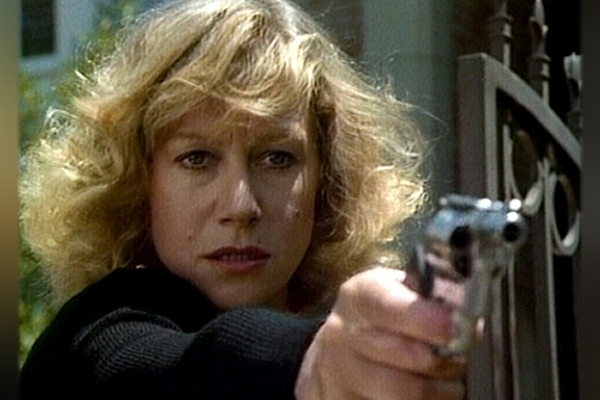 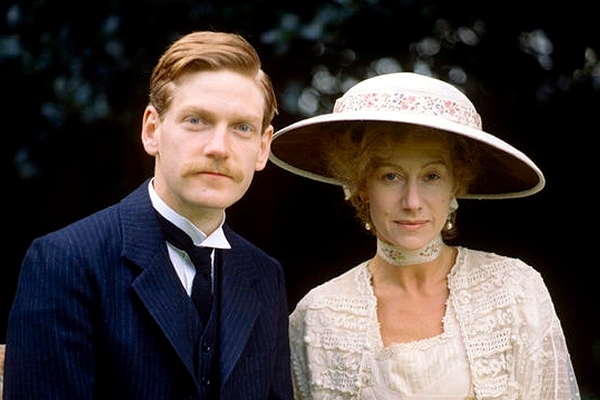