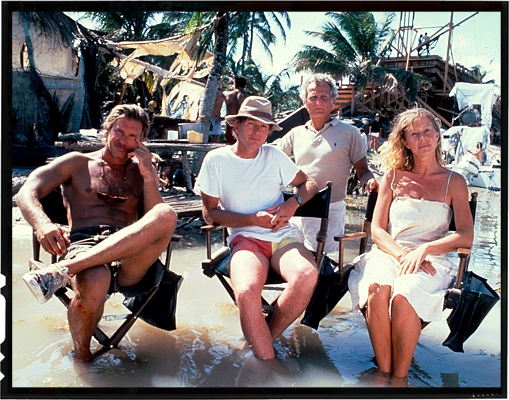 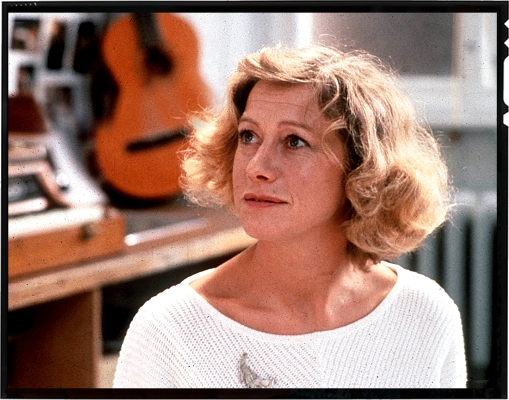 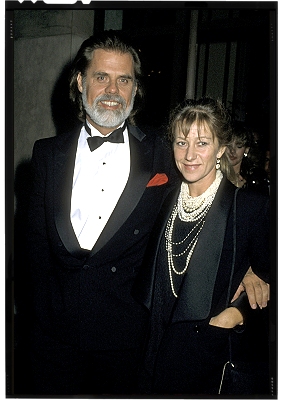 With Peter Weir and Harrison Ford on the Belize set of “Mosquito Coast”. As the charming school teacher in Charles Gormley’s Scottish comedy “Heavenly Pursuits”. With Taylor Hackford at the 1986 American Jewish Committee’s Corwin Awards.

Two feature films with Helen Mirren were released in 1986 – both advertised with big potential but both staying way behind their expectations. In the British “Heavenly Pursuits” (which was released in the USA as “The Gospel According to Vic”), Mirren played a teacher and object of affection for Tom Conti’s character, who’s otherwise busy trying to find miracles in order to promote his local school and saving it from being close. The second feature brought Mirren to Belize, shooting Peter Weir’s “The Mosquito Coast” starring Harrison Ford. The film is an oddity, especially for Helen Mirren’s performance as Ford’s wife – a character with almost no lines and not even a name, she’s just called “Mother”. The film, hoped to revive Mirren’s Hollywood career, after “2010” didn’t do much, tanked with critics and at the box office. 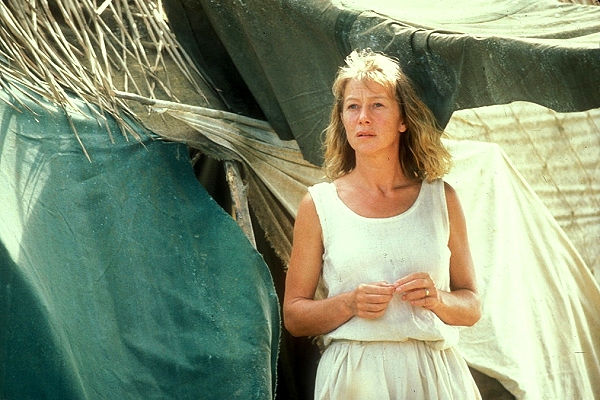 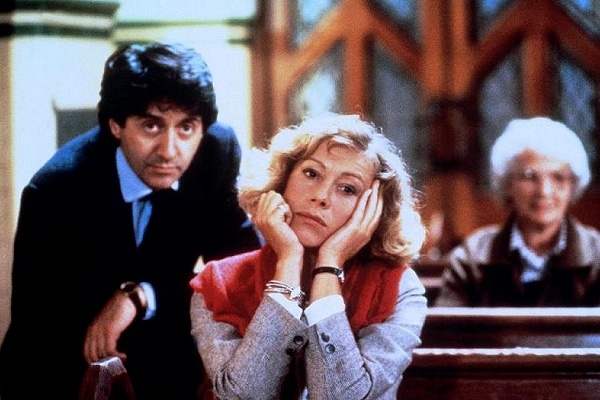