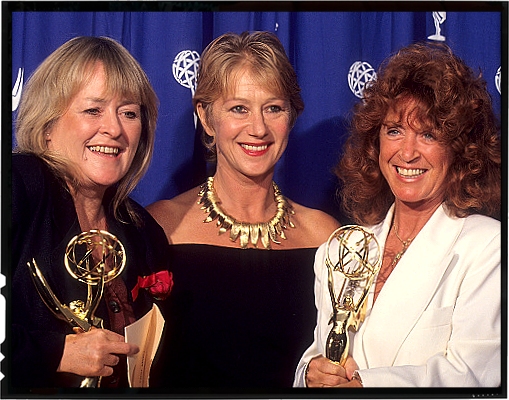 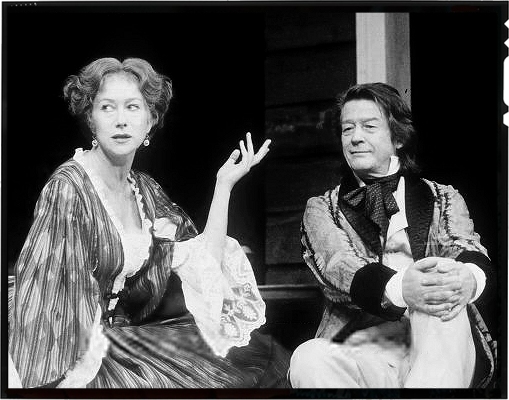 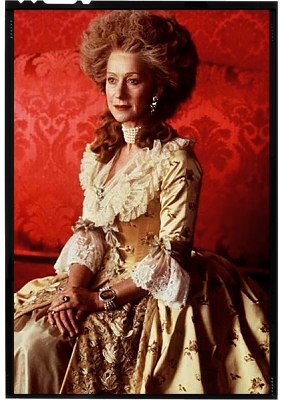 At the Primetime Emmy Awards with Sally Head and Lynda LaPlante, accepting the award for Best Mini-Series of the Year. On the West End stage with John Hurt in “A Month in the Country”. As Queen Charlotte in “The Madness of King George”, a role that won Helen Mirren her second Best Actress award at the Cannes Film Festival.

Helen Mirren played a German in a Nordic Queen in two very different film productions, as well as a Russian heroine on stage. In February 1994, Helen Mirren and John Hurt starred in the West End production of “A Month in the Country”, directed by Bill Bryden. The play opened to critical acclaim, especially for Mirren, who was assured to perform her greatest theatrical triumph of the 1990s. Clive Hirschhorn wrote in his review for the Sunday Express: “Mirren dazzlingly alternates jealousy, joy, rage and treachery with passion, wilfulness and despair. I have never seen a production of this remarkable play which draws more laughter, is more sensitive to its many psychological nuances, and is more convincingly performed. A rare gem for the West End”. In Gabriel Axel’s “Prince of Jutland”, also released in February 1994 Mirren reunited with Tom Wilkinson, while the lead roles were played by Gabriel Byrne and Christian Bale. Critics were mostly negative, with Time Out wiriting, “the stilted script, half-hearted acting and overall poverty (financial and imaginative) raise the question: Is it some sort of parody? Indeed the later skirmishes are so small and scrappy they look not unlike the Pythons’ glorious sketch of famous battles staged by the Batley Townswomen’s Guild.” The film has received various title changes for international releases. It released as “Royal Deceit” in the United States and was later released on DVD in the United Kingdom as “Thrones and Empires”. 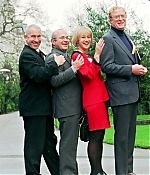 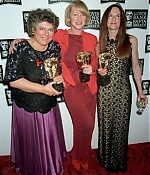 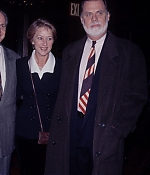 With Simon Callow, Bob Hoskins and Michael Caine at a photocall for the Impact Pressure Group. Winning the Best Actress BAFTA for “Prime Suspect 3”. She is pictured with Miriam Margolyes and Holly Hunter. At the Ivor Novello Awards in London. With Taylor Hackford at a New York screening for “The Madness of King George”.

A highlight in her film work of the 1990s remains “The Madness of King George”. The big screen adaptation of Alan Bennett’s play, Nicholas Hynter’s film is an amusing yet disturbing look at the “mad king who lost America”. In recent years, though, it has become fashionable among historians to put his “madness” down to the physical, genetic blood disorder called porphyria. Its symptoms include aches and pains, as well as blue urine. The theory formed the basis of a long-running play by Alan Bennett, The Madness of George III, which was later adapted for film starring Nigel Hawthorne in the title role. Grandly played by Nigel Hawthorne, who repeats his stage role with a stunningly mercurial display of wit, pathos and fiery emotion, this wily King is a figure to be reckoned with even when his powers decline.

I knew it was going to be a wonderful project. I love wearing crowns and fancy dresses. You may laugh, but it’s true. I don’t mind if I don’t have any lines as long as I get to wear a crown, you know. I knew it was at least going to be interesting and classy. I’m a great admirer of (scriptwriter) Alan Bennett’s work. I couldn’t turn that down easily, even though on paper the role was not particularly interesting. The success surprised me, but it also reaffirmed something I’ve always believed and say over and over again, which is that the audience is constantly underestimated by the makers of entertainment. There is a substantial market for material that is not obvious. It’s not intellectual, but neither is it simplistic. (Helen Mirren, Salon Magazine, December 30, 1995) 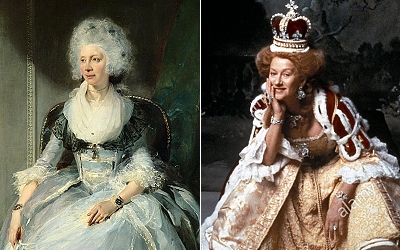 Critics embraced the film from the time of its world-premiere at the Cannes Film Festival, where Helen Mirren won Best Actress for her performance. 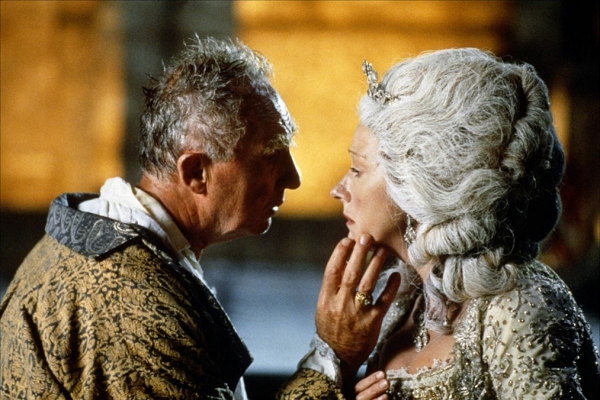 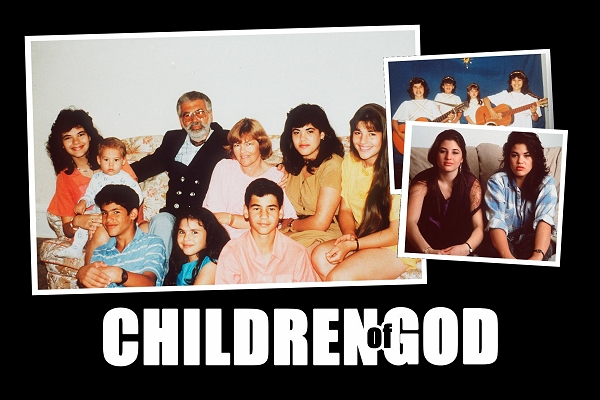 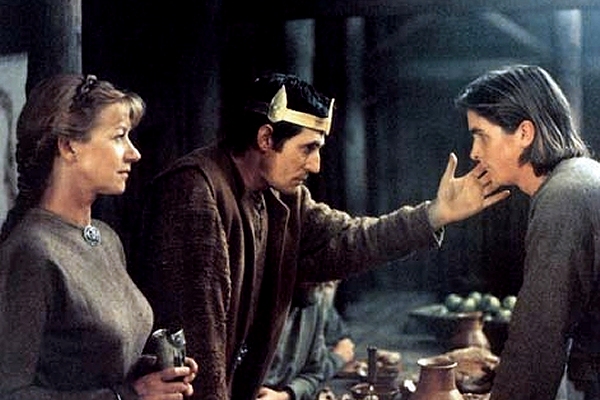 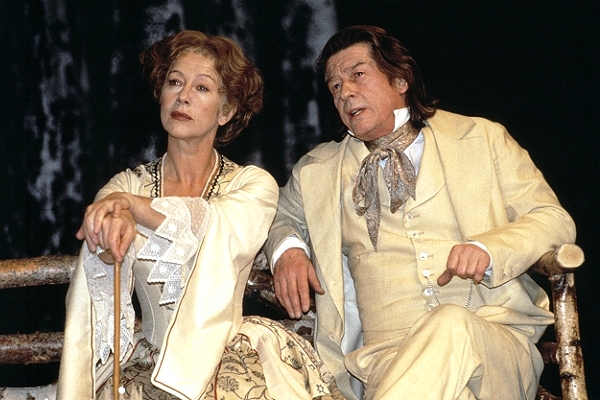