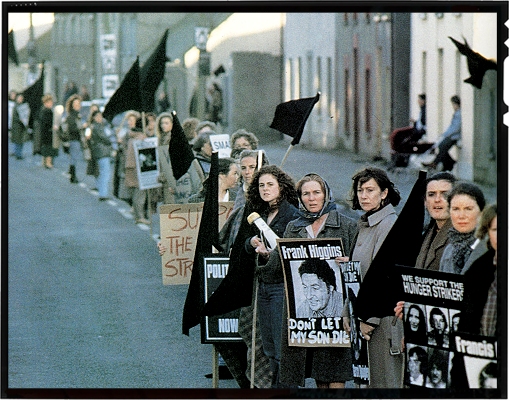 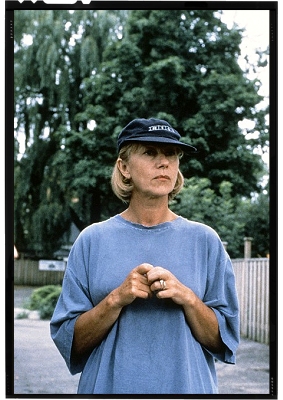 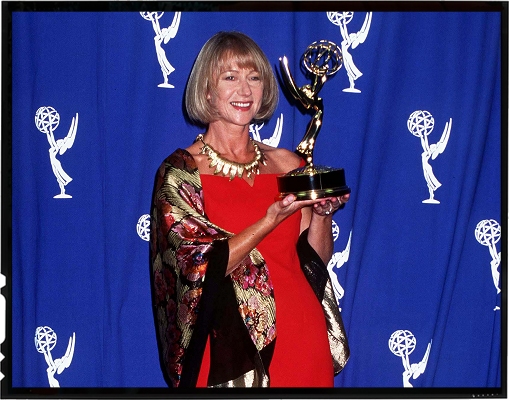 With Fionnula Flanagan in Terry George’s “Some Mother’s Son”. Playing a woman recovering from a nervous breakdown in the Kevin Bacon telepic “Losing Chase”. Receiving her first Primetime Emmy Award for “Pime Suspect 4: The Scent of Darkness”.

For her performance in “Pime Suspect 4: The Scent of Darkness”, Helen Mirren won her first Primetime Emmy Award as Outstanding Lead Actress in a Miniseries or a Special, while “Pime Suspect 4: The Lost Child” received 4 BAFTA nominations for Best Drama Series, Best Actress, Best Photography and Lighting and Best Sound. And 1996 saw a fifth series, consisting of one double-episode. Upon its television premiere in the United States, People Magazine wrote, “By now, though, this cop has such a lock on our loyalty that we squirm when she loses face and pray she won’t lose heart. Unlike her character, Mirren’s performance is without fault. The suspense takes hold in part two, after Tennison realizes that the Street has a spy somewhere in the department. One complaint: The Street, with his wise-guy bon mots and snarling dogs, is something of a caricature. Mackintosh has a field day, but the role is just too juicy.” Variety wrote, “Mirrenâs take on Tennison remains an established figure whose vigorous, bright approach to situations gives her the ultimate mastery. Mirrenâs Tennison has a curious touch of melancholy amid all the brusqueness. The actress is onscreen nearly all of the time, and not once does Tennison become anything but an eye-catching dynamo who knows about life, disappointments and sour victories.”

There was more success on the small screen for Mirren with a leading role in Kevin Bacon’s “Losing Chase”, a project he developed together with his wife, Kyra Sedgwick. “Losing Chase” premiered at the Sundance Film Festival in 1996 and was broadcast on Hallmark in August of the same year. The drama received critical praise for both its performances and Kevin Bacon’s directorial debut. The Los Angeles Times wrote that “in the hands of a lesser actress Chase might seem a little underwritten, but the role gives Mirren plenty of space to suggest by the sheer force of her presence the plight of a woman of tremendous individualistic spirit who nonetheless felt compelled, as have millions of other women, to marry a nice, devoted, none-too-imaginative man “just to fit in,” only to feel her life suffocating her. Mirren is just the actress to persuade us that Chase could evolve from a haggard, hateful wretch to a stable, attractive woman. Chase also proves strong enough to enable Elizabeth to confront her own troubled past.” 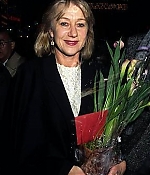 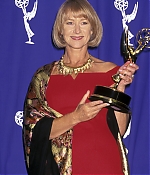 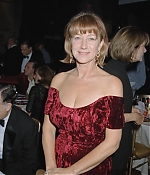 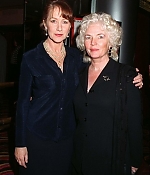 At the opening night for “The Night of the Iguana” in New York. Winning her first Emmy Award at the 48th Annual Primetime Emmy Awards as Outstanding Lead Actress in a Miniseries or a Special for “Prime Suspect: The Scent of Darkness”. At the Royal Court Fundraiser in London. With Fionnula Flanagan at the Los Angeles premiere for “Some Mother’s Son”.

More controversial than “Prime Suspect” and “Losing Chase” was Terry George’s “Some Mother’s Son”, in which Helen Mirren played an Irish mother who tries to stop the 1981 hunger strike that threatens to claim the lives of 21 Irish revolutionaries serving time in a British prison. “The script was sent to me two or three years ago by the writer. It interested me, but at that time, there was a lot of IRA violence going on in England. Profoundly innocent people were dying in shopping centers. Bombs were being exploded. I didn’t feel inclined to do anything that might be seen as perpetuating the myth of heroism in that kind of organization. But with the peace process, I felt people would be able to look more objectively at this moment as a crucial turning point in Irish history. Historically, the Irish have used the hunger strike as one of their political weapons. This concept of starving to death has been imprinted within the Irish psyche somehow. I think it has to do with some sort of psychic memory of the famine.” “Some Mother’s Son” was screened in the Un Certain Regard section at the 1996 Cannes Film Festival and was also shown at the Toronto Film Festival the same year. The film released US theaters in December 1996 and British theaters in January 1997. Critics would argue mostly in their reviews what side the film takes, something that Mirren encountered while promoting the film. “I had some sticky moments promoting it. The worst of these was when, after I had been persuaded to appear on the Today programme, the interviewer started off by saying, ‘So why did you make a film that condolences acts of terrorism?’ My mouth went dry. She hadn’t seen the film, of course. It was the first time I had personally experienced the battle between creativity and the accepted political posture of the moment”. Entertainment Weekly, although giving it a favorable rating, called the film “admirably high-minded and depressing as hell”. 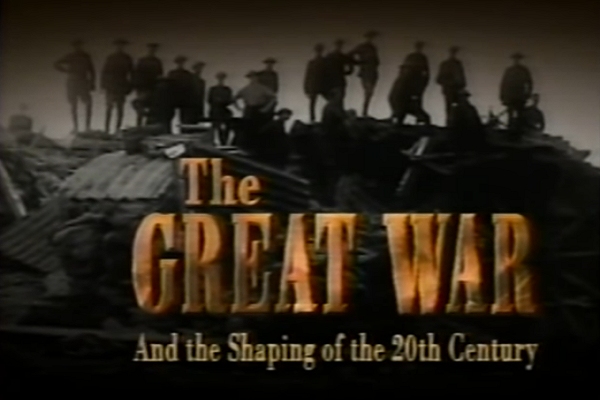 Voice Work - Documentaries
The Great War and the Shaping of the 20th Century
November 10, 1996 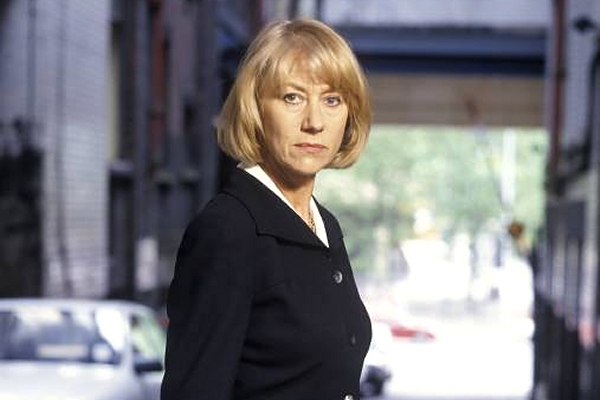 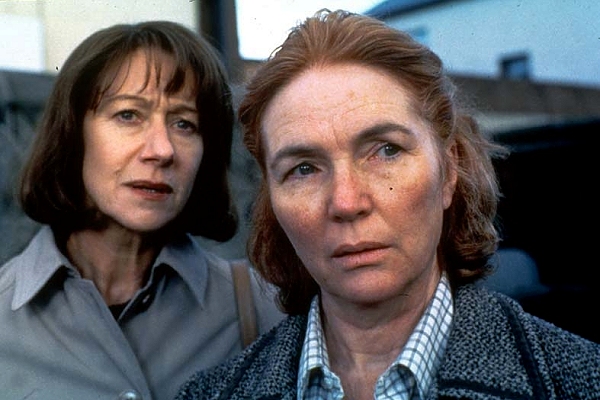 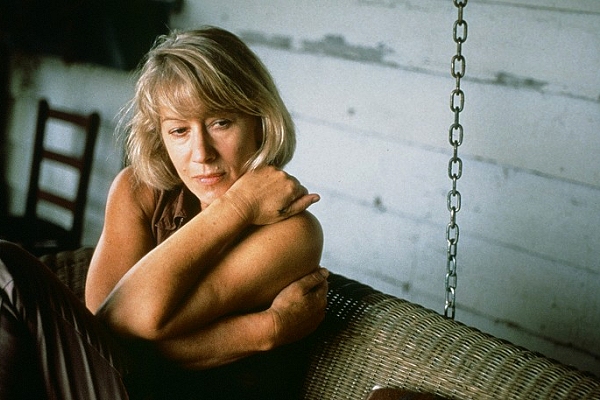 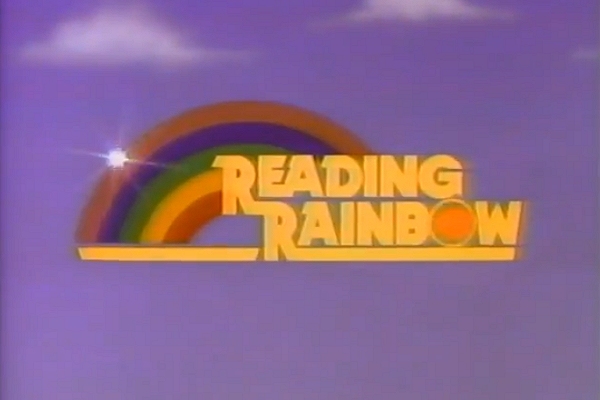