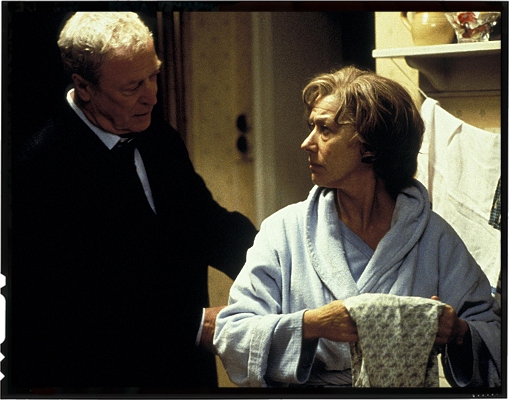 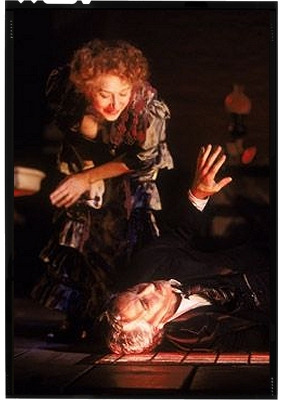 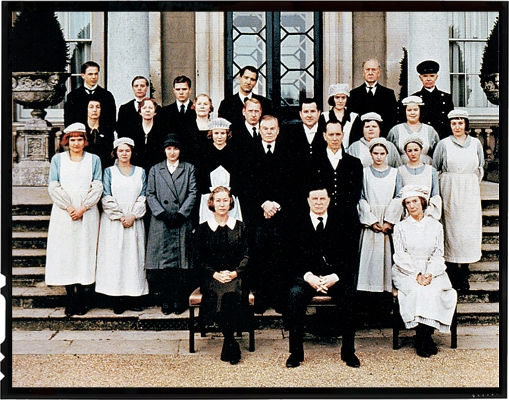 With Michael Caine in Fred Schepisi’s “Last Orders”, a surprise hit that reunited her with Bob Hoskins after “The Long Good Friday”. On Broadway in “Dance of Death”, shown with David Strathairn. During the rehearsals, the September 11 attacks occured. With the “downstairs cast” of “Gosford Park”, the Robert Altman masterpiece scripted by Julian Fellows who would take an even closer look to the upstairs downstairs society years later with “Downton Abbey”.

In one of her busiest year in quite some time, Helen Mirren returned to Broadway, had three major motion pictures released and gave her directorial debut on television. Mirren was cast by Sean Penn for his Friedrich-DÃ¼rrenmatt apaptation “The Pledge” – giving her a major scene (her only one) as a psychatrist opposite Jack Nicholson. Her second released feature film this year, “Greenfingers” was released theatrically in the USA in June 2001 and in the United Kingdom in September 2001. It opened to rather lukewarm reviews. The New York Times – whose article was the ignition for the film’s script – found the film “as synthetic as a rubber rose, but it is all but indistinguishable from the organically grown, bred-in-Britain article” The BBC wrote, that “while Owen’s trademark detached cynicism and cool is wasted here, Mirren’s posh gardener is enjoyably hammy and David Kelly’s ailing jailbird is poignantly dignified. Lacking the crowd-pleasing verve or power of Brit-hit “The Full Monty”, it’s unlikely that “Greenfingers” will set the big-screen on fire, but it’s certainly likely to bring a warm glow to a lazy afternoon’s TV viewing”. Concerning the critics, Owen and Mirren fared better with their second film collaboration of 2001 – Robert Altman’s “Gosford Park”. 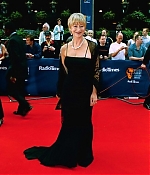 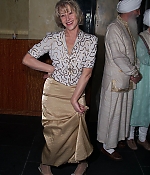 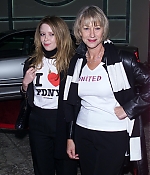 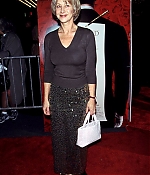 At the 54th Annual BAFTA Awards as a presenter for Michael Gambon’s BAFTA Fellowship. At the opening night for “Dance in Death” in New York City, seven days after the September 11 attacks. With Natasha Lyonne at the IFP Gotham Awards. At the New York premiere for “Gosford Park”.

Robert Altman’s masterpiece was met with critical praise and became a frontrunner for the 2002 awards season in various categories. There were seven nominations for Academy Awards (including Best Picture and Best Director), Fellowes won the Best Original Screenplay. At the 55th British Academy Film Awards, the film was nominated for nine BAFTAs, winning Best Film and Best Costume Design. Mirren, Smith and Watson were all nominated for Best European Actress at the European Film Awards. The film received five nominations at the 59th Golden Globe Awards, where Robert Altman won the Award for Best Director. At the 8th Screen Actors Guild Awards Mirren won Outstanding Performance by a Female Actor in a Supporting Role and the ensemble cast collectively won Outstanding Performance by a Cast in a Motion Picture. The film won four more ensemble awards from the Broadcast Film Critics Association, Florida Film Critics Circle, and Online Film Critics Society.

I was asked to do Strindberg’s “Dance of Death” on Broadway with Ian McKellen. We began rehearsals in the thick heat of a New York August. On September 11, I was up at 7.30 a.m. to go from my rented apartment in Chelsea to our rehearsal room for a last run-through of the play before moving into the theatre. My husband was in London, overseeing the renovations of our London house. At 8.35 a.m. he rang me to discuss what sort of taps (faucets to the Americans) we should have in the bathroom. My sister was with him, talking to her son, Simon, on her mobile. He was on the Internet at the time, and suddenly said to her that a plane had flown into the World Trade Center. It was 8.45 a.m. When Taylor told me I turned on the television to see the morning news, but there was no mention of it. I told Taylor and we agreed that it was Simon being dramatic. Then it suddenly came on. At this point it was not clear that this was no accident. And then the second plane hit. I watched in horror, and incomprehension. Just before l0 a.m. a car arrived to take me to the rehearsals. As we drove to Times Square, I saw people on the street stop and look with an indescribable expression downtown. I looked back and saw that horrible slow-motion collapse of the first building. Not knowing what else to do, we continued to the rehearsal rooms. When we arrived, some of our cast who had friends downtown had to leave to see what they could do. Ian and I decided to simply go ahead as planned, and we had a strange but somehow comforting run-through of that darkly funny play. In the breaks I went outside. Above the entrance to the building we were working in was one of those huge Times Square screens, and it was showing all the horrors coming out of the downtown district. People, not knowing what else to do. were standing across the road, looking up at this screen in silence, that indescribable wondering and slightly blank look of disbelief and horror etched on their faces. (Helen Mirren, In the Frame: My Life in Words and Pictures)

Her work with Ian McKellen in August Strindberg’s “Dance of Death” at the Broadhurst Theatre was another success, despite its tragic time and premiere only a few days after the September 11 attacks in New York. Mirren received nominations for the Tony Award as Best Performance by a Leading Actress in a Play and for the Outer Critics Circle Award as Outstanding Actress in a Play. 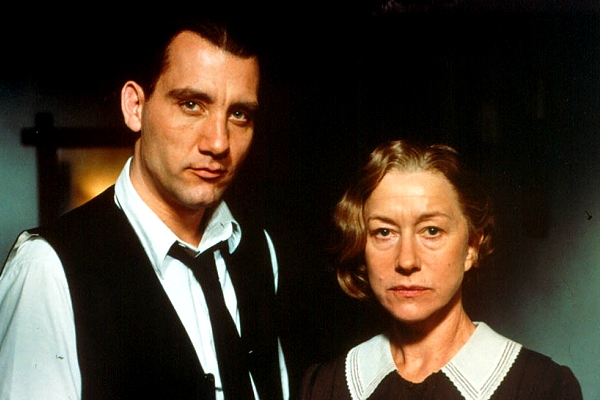 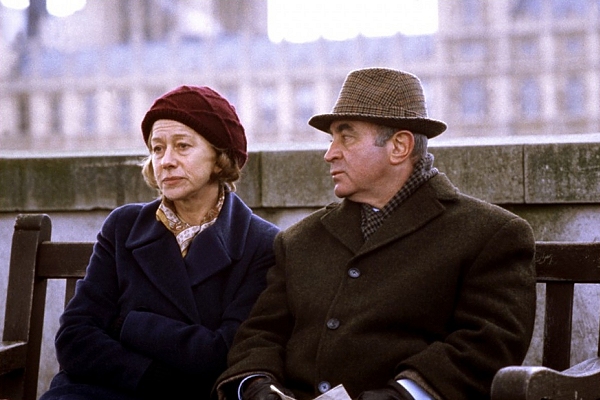 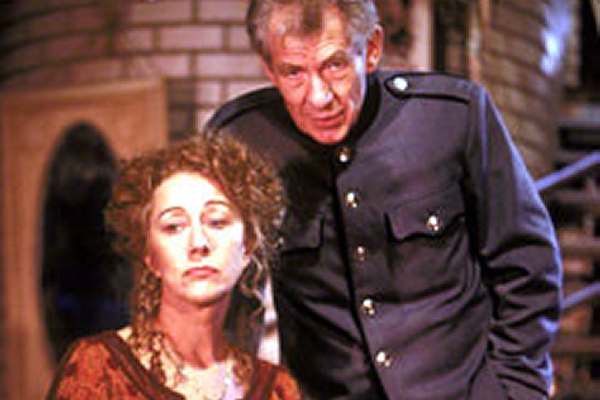 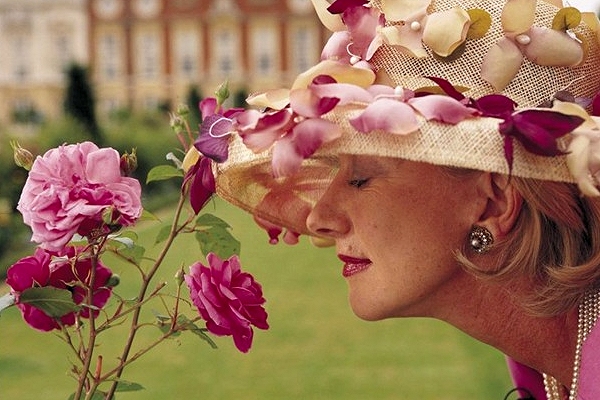 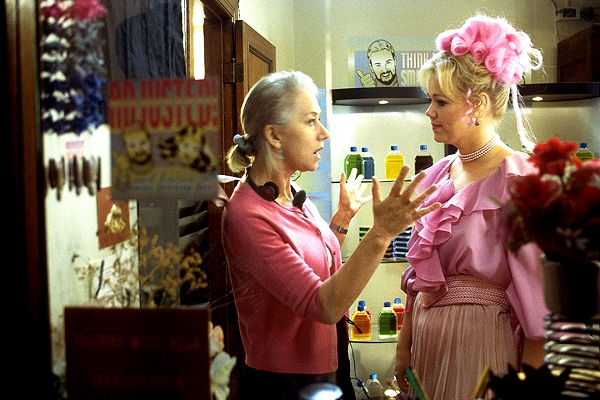 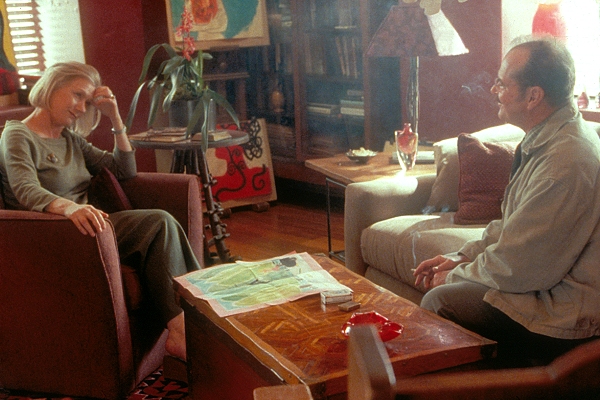 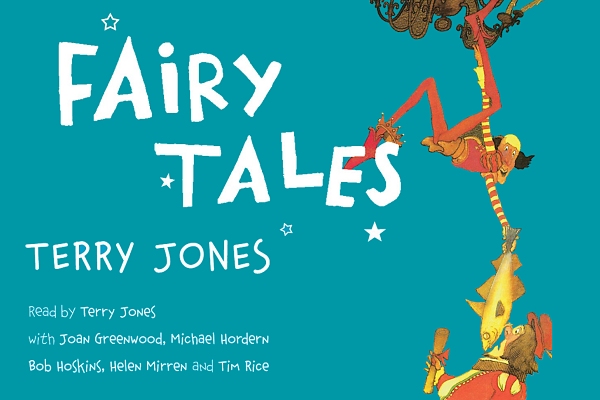