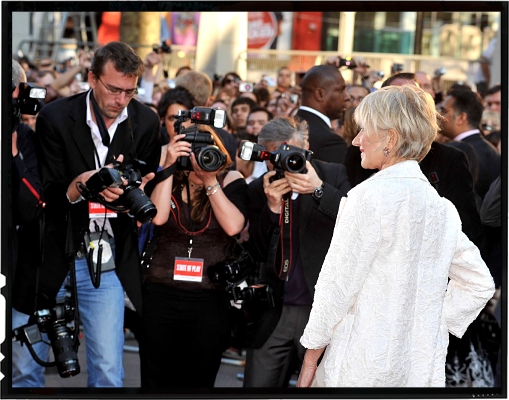 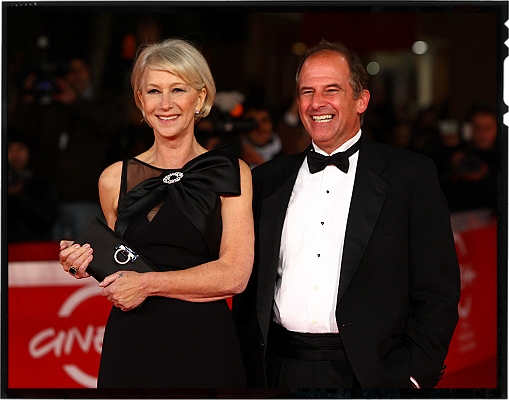 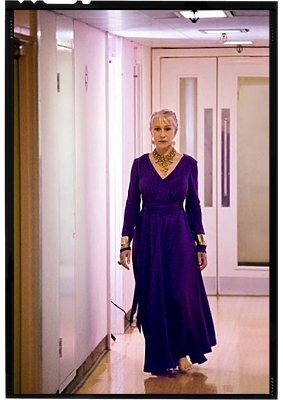 Helen Mirren attends the London premiere for “State of Play”, Kevin Macdonald’s big screen adaptation of the BBC miniseries. With director Michael Hoffman at the Rome International Film Festival for the premiere of “The Last Station”. Backstage at The National Theatre for a performance of “Phedre”.

Helen Mirren added another “first” to her career – her first remake – thankfully a very good one with Kevin Macdonald feature film adaptation of the successul BBC series “State of Play”. Starring Russell Crowe, Ben Affleck and Rachel McAdams, Helen Mirren took over the part that was originally played by Bill Nighy in the series, the foul-mouthed boss of the failing newspaper. “State of Play” released in April 2009 to positive reviews. Roger Ebert of the Chicago Sun Times described the film as “a smart ingenious thriller”, and he went on to say, “There are many other surprises in the film, which genuinely fooled me a couple of times, and maintains a certain degree of credibility for a thriller”. 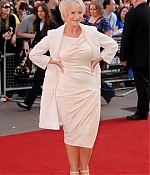 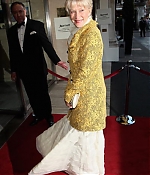 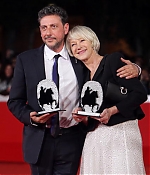 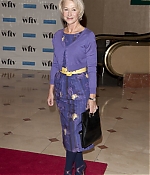 At the London premiere for “State of Play”. At the Inspirational Woman of the Year Awards. At the Rome Film Festival’s Awards Ceremony. At the Women In Film And TV Awards.

A completely different stage was set for Helen’s return to the National Theatre in another collaboration with Nicholas Hytner – Racine’s “Phedre”. Rarely have the critics been so neatly divided into two camps, both alike in dignity, as they are over Helen Mirren’s PhÃ¨dre. “As personal disasters go, this one’s off the scale,” writes Kate Bassett in the Independent on Sunday, after summarising the ancient tale of a queen’s doomed lust for her stepson. “But the real disaster is this: you don’t give a monkey’s. Neither Mirren nor Cooper convey any great emotional depth.” In the Times, meanwhile, Benedict Nightingale speaks on behalf of the enthusiasts. “We haven’t seen Helen Mirren give a theatrical performance since 2003,” he says, “but the years before the cameras haven’t dimmed her power to fill a large stage or rivet a first-night audience â¦ Nicholas Hytner’s modern-dress revival is almost unerringly fine.” 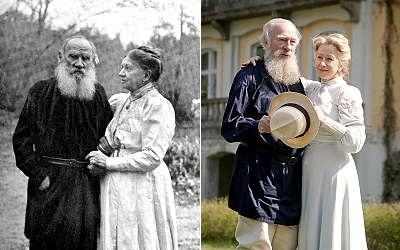 Sophia Tolstaya (1844-1919) was the wife of Russian writer Leo Tolstoy. After many years of an increasingly troubled marriage, the couple argued over Tolstoy’s desire to give away all his private property, Leo left Sophia abruptly in 1910, aged 82. Tolstoy died 10 days later in a railway station, whilst Sophia was kept away from him.

The year came to an end with another successful film, which was – thanks to her recent Oscar winning status – successfully pushed towards awards contention. Written and directed by Michael Hoffman, “The Last Station” recounts the drama of the final year in the life of the great Russian writer, Leo Tolstoy. The movie focuses on two contrasting love stories – the extraordinary relationship between Tolstoy and his wife of 48 years, the immensely impassioned Sofya, and the burgeoning love between Valentin, Tolstoyâs idealistic young private secretary, and Masha, a teacher equally committed to the writerâs values. At the same time, the film shows that Sofya is engaged in a ferocious battle for her husbandâs soul. She believes that Tolstoyâs wealth should be left to the family. She is fighting tooth and nail against Chertkov, the zealous keeper of the Tolstoyan flame, who is adamant that the writersâ fortune should be bequeathed to the Russian people. All these elements come together in a gripping climax as Tolstoy nears the end of his life at a remote little railway station in the Russian countryside. 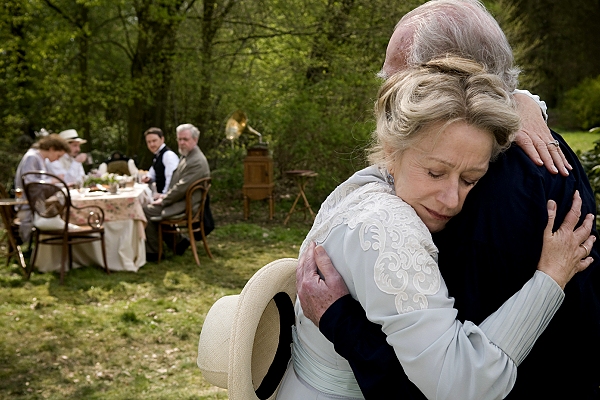 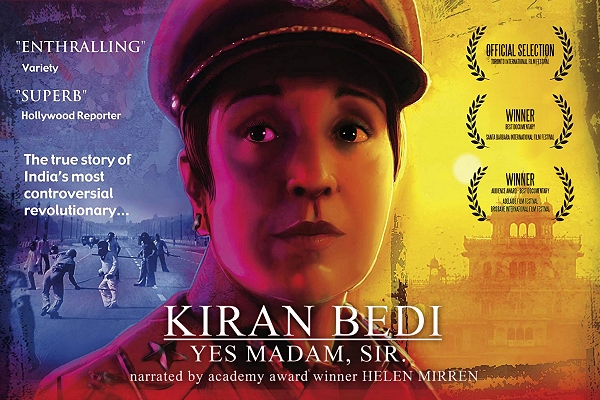 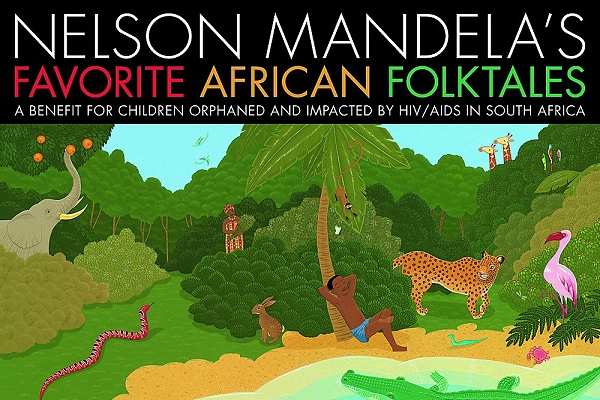 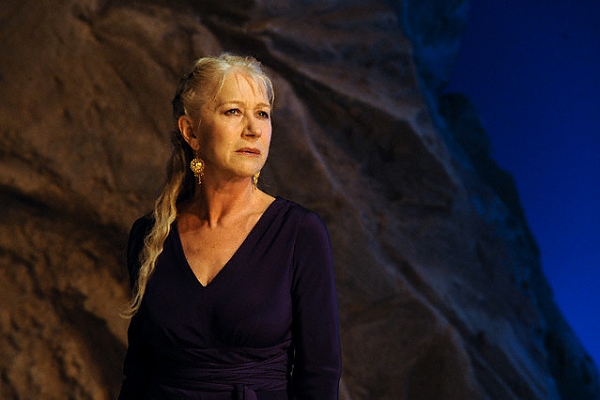 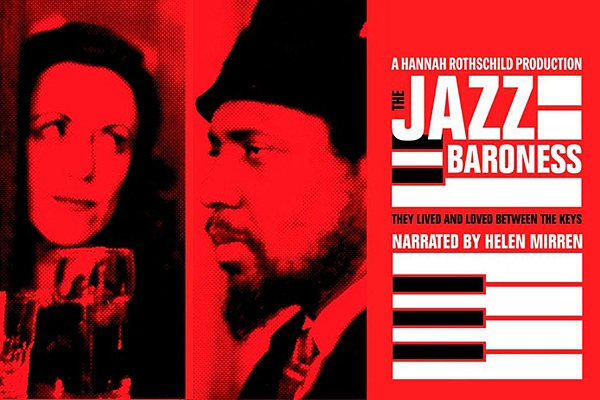 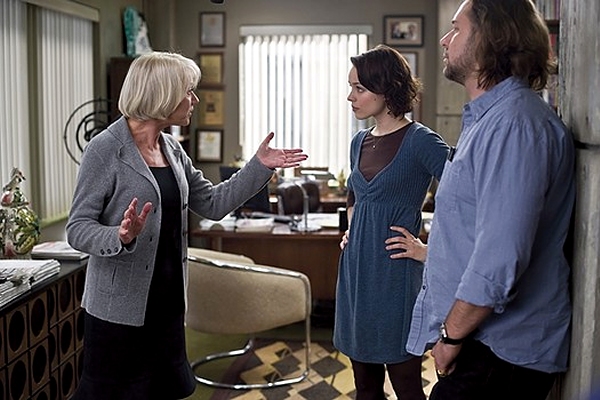