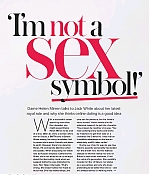 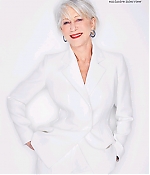 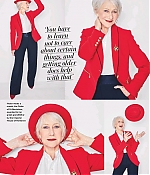 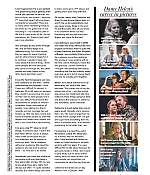 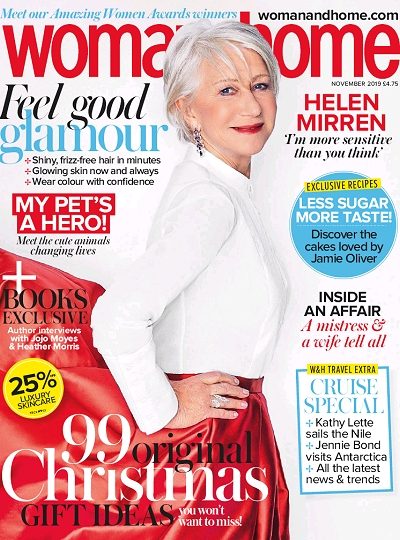 Dame Helen Mirren talks to Jack White about her latest royal role and why she thinks online dating is a good idea.

With a successful career spanning more than four decades, you might expect Dame Helen Mirren to be a bit of a diva. After all, sheâs a woman whoâs won an Oscar, a BAFTA and a Golden Globe among her many accolades, but in person sheâs warm, friendly and down to earth. However thereâs no denying Helen, 74, commands attention when she speaks. When discussing her latest role as Russian empress Catherine the Great, sheâs not afraid to set us straight about the fascinating royal when we suggest Catherine was distracted by men. âNo,â Helen interrupts. âThatâs wrong. She doesnât allow her head to be turned. She has relationships, she uses sex for pleasure, but her head is never turned.â Helen admits she did extensive research to get into character. âYou prepare by reading,â she says. âYou read contemporary books and works by historians to get their take on a character like Catherine. I also had an incredible advantage as she was an absolutely prolific letter writer.â

During our chat, itâs easy to see how Helenâs powerful personality has landed her this dream role. Itâs this fearless attitude to life that makes her one of Britainâs best-loved actresses, if not the voice of a generation. She candidly reveals her fear of failure, her status as a sex symbol, and why she loves pretending to be better than she is â and she always leaves us wanting more. I donât agree that Iâm a sex symbol! The great thing about getting older is that you get over all of that. You tend to think, sex symbol â what the f*** does that mean? Why be driven constantly by sexuality? There are so many other interesting things to be driven by. Itâs great and Iâm not knocking it â itâs a fabulous part of life, but itâs only a part of life. Itâs not everything. So Iâll take it, but I donât pay it any attention. Sex changes as you travel through life, and at every stage itâs a different thing. For some people, theyâre happy to leave it behind, and for others theyâre happy for it to continue. I wouldnât make any rules about that sort of thing. I think some people are very sexual as they carry on through life, and other people are really happy to say, âAhh, thank God thatâs over!â

I love the fact that people can now find someone on the web â online relationships are fantastic! I think it was very difficult for women in particular, 50 or 60 years go, because they couldnât go prancing into a bar on their own to meet people and it was very difficult. Now thereâs the accessibility for people to meet an incredible, huge cross section of people. I was talking to a friend recently and her marriage has just broken up. She has been online and found wonderful people to chat with. Maybe sheâll meet them, maybe she wonât, but I think thatâs very exciting. I do give a big f*** about a lot of things. If someone says âI didnât like that Helen Mirren movieâ, it always hurts a little bit because my job is to entertain, and for people to enjoy my work. Youâre nowhere without an audience. We need the audience and we want to please them â so if we donât, itâs hurtful. Sometimes you think the audience are wrong until you look back a few years later and go, âOh no, you know what, they were right.â Not always, but often. Iâm quite sensitive actually. But certain things you have to learn not to give a f*** about, and getting older does help with that.

Of course I worry that Catherine the Great [a new drama Helen stars in] wonât live up to expectations, but you never know. Really in the end itâs just the public who let you know, in no uncertain terms! Itâs very frightening but you just cross your fingers and hope for the best. I was talking to a journalist in 2015 and I said very airily, without any kind of great conviction, that Iâd quite like to play Catherine the Great, Empress of Russia. I was probably thinking about the costumes more than anything! The producer I was working with at the time, David Thompson, heard this and got busy. I couldnât believe it! I thought I was perfectly safe saying something like that and nobody would ever step up to it, but of course David did, and he actually got it together. What I love about Catherine is her sensuality, her love of life, men and love. The human side of her, the animal side of her â and the animal side versus her intellectual side. She really has those things going full blast and theyâre the reasons Iâm drawn to, and fascinated, by the character.

Catherine is much better than me on every level! Honestly, sheâs cleverer than I am, has more energy than me and has more courage than Iâve got. Sheâs got more everything than me, which is probably why Iâm an actress, pretending to be better than I am. Iâm starring in a new film, out in November, called The Good Liar. Itâs a thriller, with Ian McKellen, who I have worked with before on stage so it was fabulous to be back working with him again. Itâs a very difficult film to talk about because itâs got some twists in it that I donât want to give away, but itâs about online dating, who you meet up with, and how people can sometimes not necessarily be who they say they are.

Helen Mirren stars in Catherine the Great. The miniseries premiered in its entirety on 3 October 2019 on Sky Atlantic in the United Kingdom and it debuted on 21 October 2019 on HBO in the US.