Earlier this month, “The Fate of the Furious” has been released on Blu-Ray, DVD and on demand, so in case you have missed this piece of cinematic art in the theatre, you’ll finally be able to see Helen’s accent heavy cameo as Jason Statham’s and Luke Evans’ mother. Screencaptures from the Blu-Ray have been added to the photo gallery. 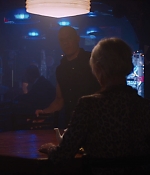 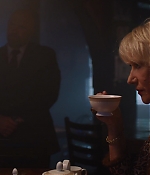 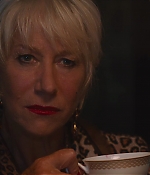 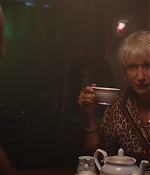 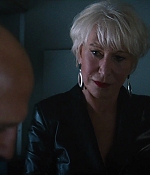 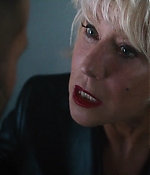 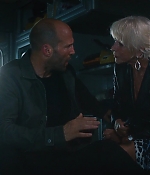 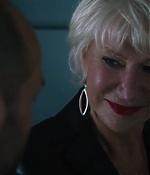 Fast & Furious 8
First Look: Helen Mirren as Magdalene Shaw in “The Fate of the Furious”

The first footage of Helen Mirren as Magdalene Shaw, the mother of Deckard (Jason Statham) and Owen Shaw (Luke Evans), has been released. In the few brief snippets, we first see Magdalene meet with Dominic Toretto (Vin Diesel) in a dimly-let bar. She asks him, “”And why do I think you’re about to suggest something very wicked, Mr. Toretto?” In the second snippet, she slaps her son, Deckard, and happily says: “There’s my boy!” Back in March 2015, Academy Award-winner Helen Mirren (The Queen) let it be known that her “great ambition” was to be in a part of the Fast and Furious franchise, because she thinks Diesel is brilliant and desperately wants to play a “mad driver.” Three months later, when asked about her comments, Diesel said he would be interested in getting her in the next film and described her as “amazing.” However, she didn’t officially become part of The Fate of the Furious until a year ago. “She came up to me at a party last year and said, âI want to be in Fast & Furious with you,â” Diesel told Total Film. “The script was [already] greenlit, but she told the right person because a week later she got written in.â The Fate of the Furious opens in theaters April 14, 2017.

Universal Pictures has released the trailer for the highly-anticipated eighth Fast & Furious movie! On the heels of 2015âs Furious 7, one of the fastest movies to reach $1 billion worldwide in box-office history and the sixth-biggest global title of all time, comes the newest chapter in one of the most popular and enduring motion-picture serials of all time: The Fate of the Furious. Now that Dom and Letty are on their honeymoon and Brian and Mia have retired from the gameâand the rest of the crew has been exoneratedâthe globetrotting team has found a semblance of a normal life. But when a mysterious woman (Oscar winner Charlize Theron) seduces Dom into the world of crime he canât seem to escape and a betrayal of those closest to him, they will face trials that will test them as never before. From the shores of Cuba and the streets of New York City to the icy plains off the arctic Barents Sea, our elite force will crisscross the globe to stop an anarchist from unleashing chaos on the worldâs stageâ¦and to bring home the man who made them a family. For The Fate of the Furious, Vin Diesel is joined by a returning all-star cast that includes Dwayne Johnson, Jason Statham, Michelle Rodriguez, Tyrese Gibson, Chris âLudacrisâ Bridges, Nathalie Emmanuel, Elsa Pataky and Kurt Russell. In addition to Theron, the series welcomes newcomers Scott Eastwood and Oscar winner Helen Mirren. The film is directed by F. Gary Gray (Straight Outta Compton) and produced by returning producers Neal H. Moritz, Michael Fottrell and Diesel. The Fate of the Furious opens in theaters on April 14, 2017. 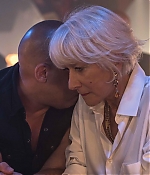 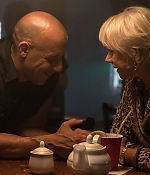 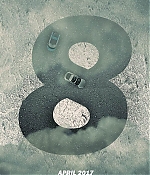 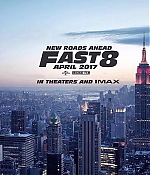 As production on “Fast and Furious 8” continues, a new behind-the-scenes picture featuring Helen Mirren has surfaced online. Though her role in the upcoming film is still kept under wraps, the 71-year-old actress is featured alongside her co-star Vin Diesel in the new set photo. The Dominic Toretto depicter took to his Instagram account on Tuesday, August 2 to show fans a first look at Helen’s character in the eighth movie. She can be seen wearing a white shirt and seriously listening to what Vin is whispering in her ear. The caption read, “Such a joy and an honor working with Helen Mirren… Happy Toretto Thursday!” The film also stars Michelle Rodriguez, Tyrese Gibson, Charlize Theron, Dwayne “The Rock” Johnson, Elsa Pataky, Ludacris, Jason Statham, Nathalie Emmanuel and Kurt Russell. Lucas Black will also reprise his role as Sean Boswell from “The Fast and the Furious: Tokyo Drift”. Directed by F. Gary Gray, “Fast and Furious 8” is filmed in several countries, including Cuba and Iceland. The eighth installment of the “Fast and Furious” movie series will race into U.S. theaters on April 14, 2017. It will be followed by a ninth film which is due out April 19, 2019 and a tenth film slated for an April 2, 2021 release.

Helen Mirren hasnât been shy about wanting a role in the Fast and Furious franchise. In a 2015 interview, Mirren, who has a long list of serious acting credentials piled up, talked about how much she, like many people, love Vin Diesel. Well, it looks like Diesel finally came through. Mirren confirmed in an interview with Elle that sheâll get behind the wheel in Fast 8 and hopefully blow some stuff up.

I want to be making film and theater, but film is particularly relevant. I like it to be serious. Of course, having said that Iâm about to do Fast and Furious 8. But thatâs for the fun of it. So maybe thatâs what I want as well, some fun and some relevant, serious, important movies.