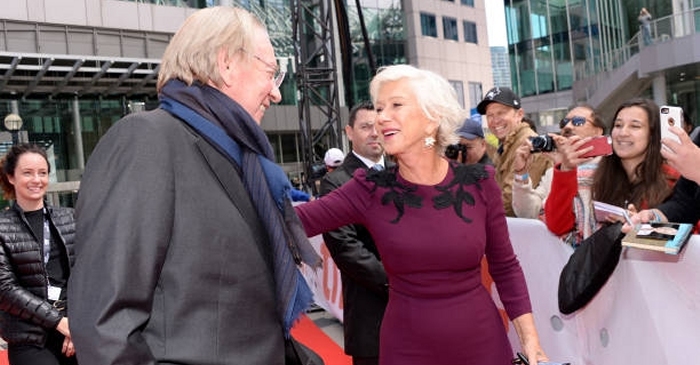 Donald Sutherland and Helen Mirren have left Italy for Canada and are currently on the red carpet at the 42nd Toronto International Film Festival for the premiere of “The Leisure Seeker”. A first batch of pictures have been added to the photo gallery. I’ve also added hundreds of additional pictures from this week’s Venice Film Festival to the photo gallery. Check back later for more and enjoy. 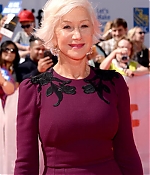 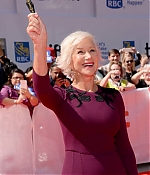 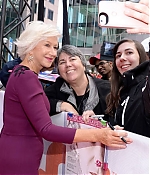 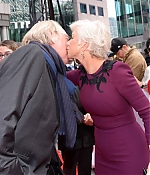 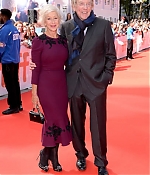 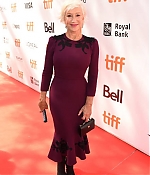 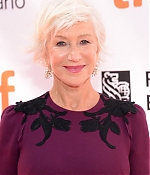 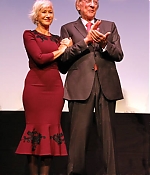 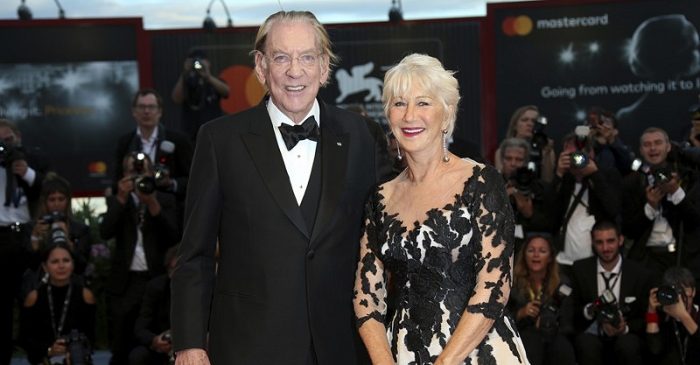 The Leisure Seeker is Italian director Paolo Virziâs first English-language feature â and it clearly struck a chord with the local audience here at the Venice Film Festival today. (Thatâs despite downbeat reviews from mainstream U.S. critics.) Social and local media have also gone mad for the filmâs leads, Dame Helen Mirren and Donald Sutherland. The pair was essentially mobbed after the SRO Leisure Seeker press conference this afternoon. When the last question was answered, a giant crowd leaped en masse towards the dais at which point Sutherland, who may not have realized he was on a hot mic, exclaimed âHoly sh*t!â He and Mirren reunite in The Leisure Seeker for the first time since 1990âs Bethune: The Making Of A Hero. They play a married couple still deeply in love after 50 years and on a final road trip down the East Coast of the U.S. Sutherlandâs John is a former English professor suffering from increasing dementia and Mirren is Ella, a homemaker who is trying to manage her own illness while determined to get them to the Hemingway House in Key West as a last bucket list item. Mirren said Ella âis a reflection of the way I hope to live my life. I loved the character because she is facing the end of her life full of energy that I hope I can maintain to the end of my days. I certainly have it now.â The Leisure Seeker heads to Toronto next week and will be released domestically by Sony Pictures Classics on January 19 Words courtesy Deadline.. Pictures from the photocall and the premiere have been added to the photo gallery. 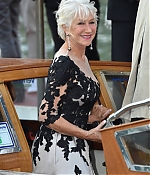 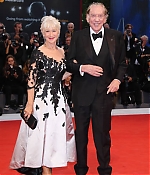 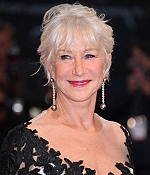 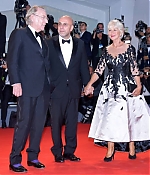 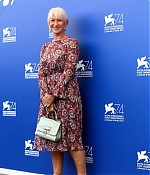 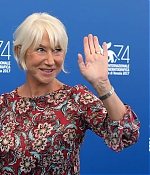 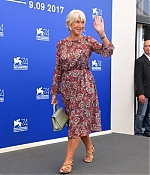 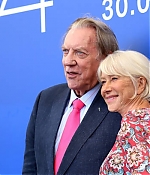 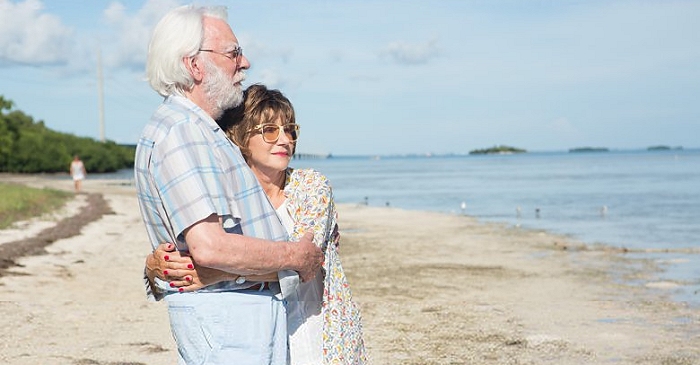 Great news! The upcoming comedy drama “The Leisure Seeker” will have its world-premiere at this year’s Venice Film Festival. No premiere date has been set, but the festival runs from August 30 to September 09. The film, based on Michael Zadoorian’s book, stars Helen Mirren and Donald Sutherland as a runaway couple going on an unforgettable journey in the faithful old RV they call The Leisure Seeker, traveling from Boston to The Ernest Hemingway Home in Key West. They recapture their passion for life and their love for each other on a road trip that provides revelation and surprise right up to the very end. You can find two new production stills in the photo gallery and a very first clip in the video archive. 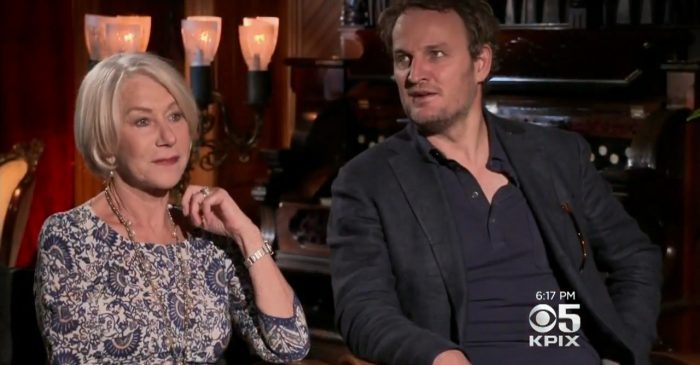 A spotlight is shining on one of the South Bayâs most mysterious landmarks with the production of a movie set at the Winchester House. Helen Mirren stars in âWinchester Mystery House,â a historical thriller about real-life rifle heiress Sarah Winchester. Winchester was famously convinced she was haunted by the souls of those killed by the guns that made her family rich. While some of the movie has already been filmed in Australia, on Friday, Mirren was shooting scenes at the actual house in San Jose. When asked what it was like filming in the real house, Mirren said with a laugh, âFar out as we used to say in the olden days. It was fantastic.â This week, the movie crew is shooting in one of the 160 rooms in the mansion. They recreated a larger version the house to use as a set in Australia because some of the spaces in the Winchester House were just too small for shooting. A first look photo of Mirren from the production was recently released. It reveals a striking resemblance between the actress and the historical figure she plays. âYes, itâs rather frightening! And I donât think Sarah was [frightening] actually, in the original photograph,â said Mirren. âSheâs actually got a mysterious little smile; a Mona Lisa like smile on her face.â The picture is the only known photograph of Sarah Winchester. âThis house is a manifestation of Sarah Winchester, and I think in that sense itâs haunted,â said Mirren. Shooting at the house is expected to go well into Friday night and is scheduled to wrap on Saturday. âWinchester Mystery Houseâ is set to be released in early 2018. 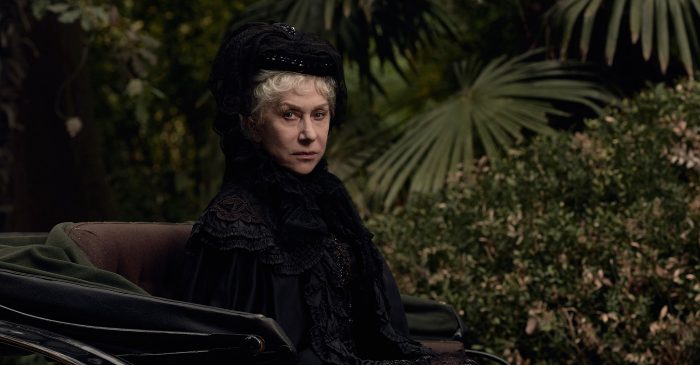 A first look image of Helen Mirren as eccentric firearms heiress, Sarah Winchester has emerged online, with Mirren looking eerily scary in her Victorian costume reminiscent of the Queens grandmother, Queen Mary. Winchester tells the story of the eccentric firearm heiress, Sarah Winchester who believed she was being haunted by the souls of people killed by the Winchester repeating rifle. After the sudden deaths of her husband and child, she threw herself into the 24/7 construction of an enormous mansion designed to keep the evil spirits at bay. A sceptical San Francisco psychiatrist soon learns her obsession may not be insane. In an interview with People Magazine Mirren divulged she didnât actually believe in ghosts; âI donât believe in ghosts, but I do believe people can be haunted, and Sarah Winchester is a haunted person. That was the appeal in the role.â The film which is currently in production and directed by Daybreakers Michael and Peter Spierig will be shot at the actual Winchester mansion in San Jose, California. The Spierigs say Winchester tells a different sort of ghost story. Michael Spierig says the heiress, who died in 1922, âwas an intelligent woman and a little misunderstood,â while Peter Spierig went on to say in the same interview: âSarah Winchester is quite a remarkable woman, and the idea of her being just a crazy person who was haunted by ghosts is not the full story. Helen Mirren, in particular, I think is great in portraying that â¦ Itâs about a woman who is deeply troubled by the violence of the rifle and what she inherited. Sheâs trying to come to terms with that.â