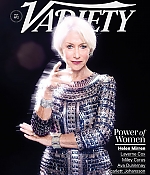 In Varietyâs 2016 Power of Women issue, Helen Mirren is honored for her work with SAY, the Stuttering Association for the Young. Just after the issueâs cover photo shoot in New York, she sat down for a chat with Varietyâs Gordon Cox to talk âFast 8,â women in Hollywood and the pay gap. In their interview she dishes on the upcoming Fast 8: I had always had a secret hankering to do âFast and Furious,â because I love driving cars. Of course, when I finally got my chance, I wasnât driving the bloody car. I was in the back of an ambulance with Jason Statham. Or what superhero would she want to play?
“Iâm not really into superheroes very much. But certainly someone who can fly!” Mirren also talks about how Hollywood and roles for women have changed:

Thereâs been massive progress. Iâve always said this, for my whole career: Donât worry about the number of roles available for women in drama; worry about the number of roles for women in real life. Because as womenâs profile gets raised in all the arenas in real life â politics, business, the medical professions, science, technology, whatever â the world of drama will inevitably reflect that, and roles for women will get better. However, having said that, it still really pisses me off that in many movies, the only time you see more women on the screen than men is in a swimming pool scene, in which case suddenly the world is populated by women in bikinis. And often theyâre wearing high heels! No woman ever wears a bikini and high heels around a swimming pool!

The complete interview can be read over at Variety. The cover, alongside this wonderful new photoshoot (and a new imagefrom the Elle shoot as well) have been added to the photo gallery. 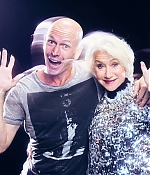 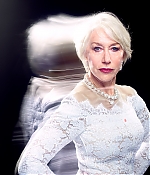 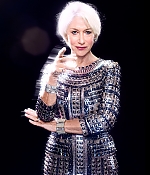 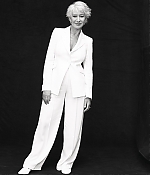 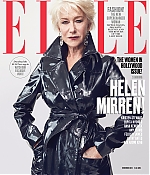 Elle has just released the eight different covers for its Women in Hollywood issue. Although all the cover stars look stunning, including Kristen Stewart, Amy Adams, and Anna Kendrick, there was one cover that stole the show in our minds: Hellen Mirren’s. The 71-year-old looks like a badass wearing a Trademark trench coat and statement earrings. With 68-year-old Kathy Bates also nabbing a gorgeous cover of her own, it’s clear that Elle knows that beauty has no age limit. See the rest of the covers on Elle’s website. To see Helen’s cover in full size, simply click the preview on the left.

Helen has attended two more events in New York this past week, another television premiere celebration for “Versailles”, and a screening for “Manchester by the Sea”, which brought us a mini-reunion of “White Nights”, as Helen posted with Mikhail Baryshnikov. Also added are two scans from the September 9 issue of Entertainment Weekly, with many thanks to Alvaro, and the November issue of Empire Magazine, with a first look at “Collateral Beauty”. 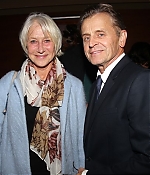 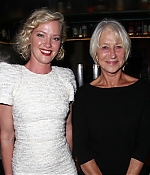 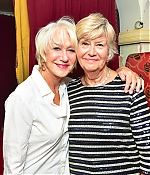 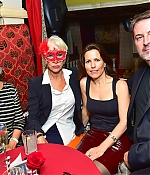 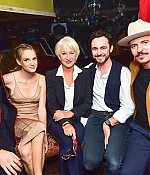 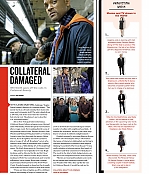 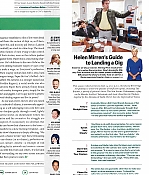 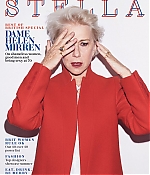 Helen Mirren graces today’s cover of Stella Magazine, a supplement to the Telegraph. In the grand tradition of great British stars, Dame Helen Mirren has always been a rule-breaker. She married late, never had children, broke Hollywood in her 50s and is, at 70, a bona-fide global icon, happy to reveal that her beauty secrets fly in the face of everything your mother ever told you. âI have absolutely no beauty regime,â she says in that perfectly modulated, husky voice. âI sunbathe â I know I shouldnât but I love sitting in the sun. I drink wine and occasionally Iâll drink to excess. I eat French fries. Iâve never managed to go to the gym for longer than two months. The complete interview can be read here.