Fast & Furious 9, Magazine Alerts
Helen Mirren Is In The Driver’s Seat, Discussing Her “F9” Return And Pay Equality In Hollywood

âI was longing to drive,â Helen Mirren has revealed to Jeff Conway at Forbes. âThe reason I wanted to be in the Fast & Furious movies so I could drive cars really fast down closed-off streets. For the first two movies, I wasnât anywhere near a car, so I paid my dues, so now I was allowed to get into the car.â In F9, new in theaters this weekend, Helen gets to do some enjoyable joy riding alongside the film franchiseâs top-billed star Vin Diesel, whom Helen gives full credit to for her being a part of these projects. âI suspect really Iâm in it because I begged to be in it and Vin is a very kindhearted person,â Helen continues. âI think thatâs really the real reason. Sometimes, you have to ask for what you want or what you dream of having. One should have the courage to ask for it. A couple glasses of wine always help.â Even though Helen seems like a natural behind the wheel on-screen, in reality, she has nothing but praise for the skilled professionals behind-the-scenes that make her and the F9 car chase scenes look so good. âI would like to say here that Iâm a firm believer there should be an Oscar category for stunt people because the stunt people on films like Fast & Furious and many, many of the other movies that we all enjoy so much in the cinema are down to extraordinary stunt organizers and actors and actresses who do such extraordinary things.â The complete interview can be read at Forbes.

Fast & Furious 9, Magazine Alerts
Helen Mirren Says Getting to “Finallyâ Drive a Car in F9 Was the âCoolest Thing Ever”

According to this new interview with People Magazine, Helen Mirren is finally living out her dream. The Oscar winner, 75, fulfilled her goal of starring in two previous Fast & Furious movies as the Shaw matriarch Magdalene, but the role didn’t have her sitting behind the wheel. That changes in F9, when Mirren finally gets to drive one of the cars. “I finally did it, yes!” she said to Entertainment Tonight. “And what a car! And what a drive, down The Mall in London! It was the coolest thing ever. But with Vin [Diesel[ next to [me]! Driving him, I mean, that was fantastic! And I do actually know how to do a double declutch. And an amazing car. It was a dream. It was fantastic.” Back in 2017, Mirren made her goal of getting behind the wheel clear. “I’d love to come back. But, guys, I want to drive next time,” Mirren told Entertainment Weekly, PEOPLE, and InStyle at the Toronto International Film Festival. As Mirren previously explained in an interview with BuzzFeed, she practically begged to be included in the film because she was such a fan of the series. “I almost went down on my knees. Not quite. But I went down on my metaphorical knees to Vin [Diesel] and to everyone,” Mirren said at the time. “I alwaysâ¦ I just wanted to be in one of those movies.” Speaking to EW about the women of the Fast & Furious franchise, Mirren said one of the things she always loved about the film series is the sense of familial bond. “I think that’s one of the reasons they’re popular films, because that is the one element that everybody all over the world can identify with simply, easily, and directly, so it’s great to see this other level being brought in with the different generations of the family, the fact that family actually goes on through many generations over long periods of time,” she said. “I thought that that was a nice thing to introduce into the storyline.”

This past week, lots of articles and interviews have been released to report on the release of “Solos” earlier this month and “F9” later this month. Helen has been quite vocal about both projects and we are being blessed with 4 cover stories from Woman & Home, Woman’s Weekly, Yours and the United Kingdom edition of Reader’s Digest. For a complete look at all added scans, have a look at the list below. Enjoy reading. 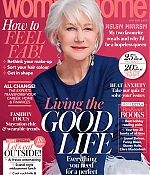 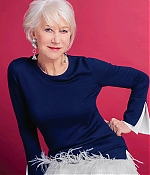 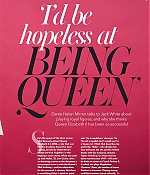 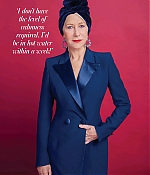 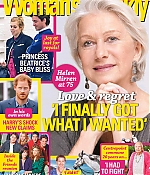 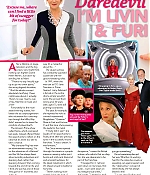 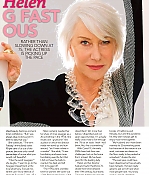 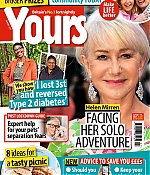 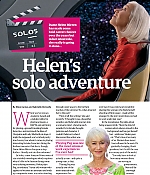 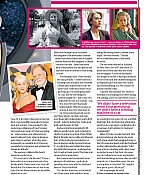 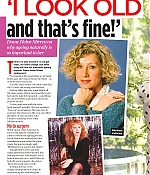 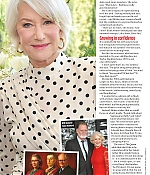 Solos, Amazonâs newly launched sci-fi series, is unlike anything else on the small screen. Creator David Weilâs vision of the future unfolds via episodes that focus and feature a single performer. Familiar faces like Helen Mirren, Morgan Freeman, Anne Hathaway, Anthony Mackie, and Constance Wu monologue through stylized sequences that combine to form an overarching narrative. While weâre used to seeing actors command the stage by themselves on Broadway, most television shows and films rely on a cast of characters. This stripped-down version of storytelling offers a new level of intimacy for audiences, but itâs just as exciting for the performers. âAnything that shakes up the format is interesting, isnât it?â shared Mirren via Zoom. âAt first, I thought, oh, itâs a monologue, itâs just too much work. I donât know if Iâll be good enough, but then I read the script, and I thought, this is such a beautiful piece of writing. Thereâs such sensibility and understanding of a certain sort of woman, one who is very recognizable.â Itâs hard to imagine an acting scenario where Mirren wouldnât be up to snuff. As one of cinemaâs most versatile stars, sheâs played everyone from Catherine the Great to a trained assassin with skill. Still, her Solo character, Peg, feels like a departure. Self-doubting and shy, sheâs spent her life apologizing for existing, but when an opportunity to see the galaxy comes around, Peg decides to take a chance. Surprisingly, Mirren saw a bit of herself in the role. âWhen I read it, I thought, this is my apologetic, British side, and it drives my husband crazy because heâs American and doesnât understand it at all,â she says. âI identified with Peg. That part of me is why I became an actor. Many actors are extremely shy people who canât deal with the real world, but the way they [manage] is through performance. It gives them a portal through which they can engage.â The complete article can be read over at Vogue.

It’s that time of the year again – only that this year has been very different from what we have known. I hope you and your loved ones have made it safe through the year and that you can enjoy the Christmas holiday and celebrate some positive things. To all the visitors, friends and contributors – have a Merry Christmas and a safe start into the new year. For the site’s last update of the year, I have compiled a batch of missing magazine scans, inlcuding some fantastic cover stories. A full list of updates is below, with many thanks to Alvaro for his contributions. See you all in 2021. 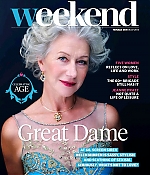 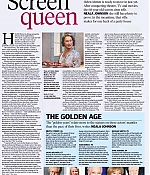 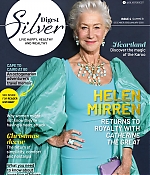 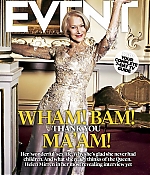 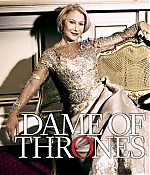 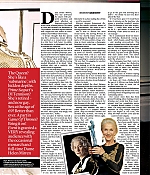