Sarah Cooperâs new comedy special on Netflix includes a skit in which she and Helen Mirren parody Donald Trumpâs infamous Access Hollywood tape. In 2016, an Access Hollywood outtake from 2005 resurfaced, in which the future president boasted about his ability to sexually harass and assault women, saying: âGrab them by the p***y.â The showâs co-host Billy Bush could be heard laughing along. In the new Netflix special, Sarah Cooper: Everythingâs Fine, Cooper offers an âexclusive lookâ at Trump and Bushâs conversation. The skit sees Cooper lip-sync the role of Trump, while Bush is played by Mirren. In a review for Vanity Fair, Yohana Desta said Mirren âgamely embodies the weaselly Bush, egging Trump onâ. The LA Timesâs Robert Lloyd, meanwhile, called the re-enactment âsomehow even more disturbing than the real thingâ. Sarah Cooper: Everythingâs Fine is out now on Netflix. (article courtesy The Independent). 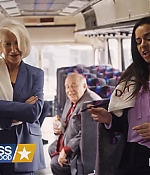 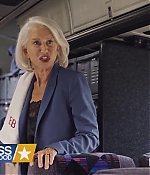 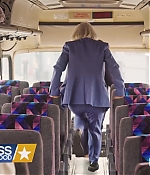 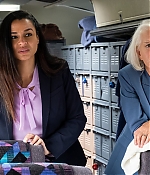 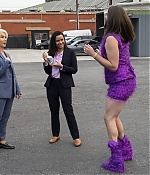 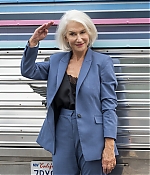 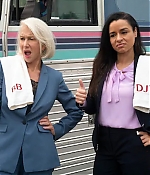 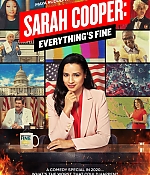 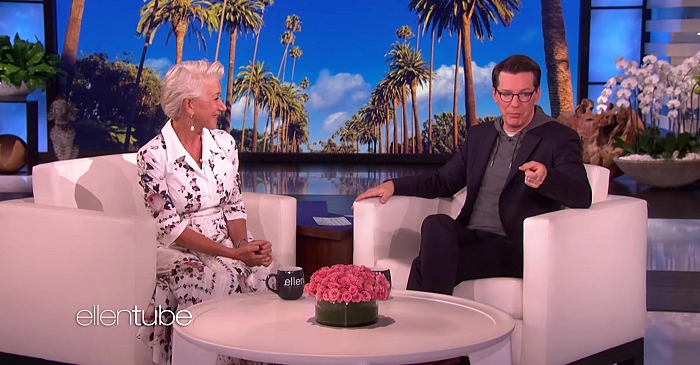 On Thursday, Helen Mirren made the talkshow rounds in Los Angeles to promote the television premiere of “Catherine the Great” on HBO. She sat down with Sean Hayes, serving as a guest host, on “The Ellen DeGeneres Show”, and was interviewed at the Sirius XM Hollywood Studios. The full Ellen appearnce can be found in the video archive while pictures from both appearances have been added to the photo gallery. 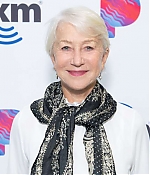 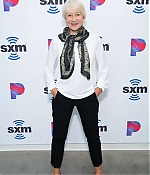 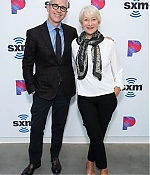 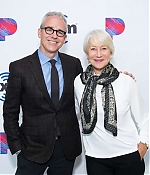 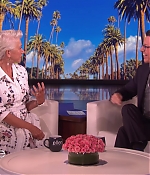 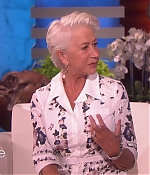 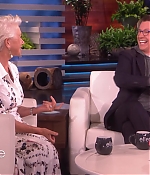 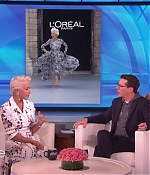 To promote “Catherine the Great” in the UK, Helen Mirren has been interviewed on various daytime programs, including Sky News, The Andrew Marr Show, and, just this morning, Lorraine. All appearances can be found in the video archive. 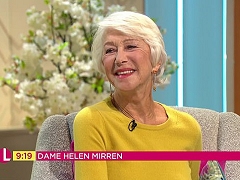 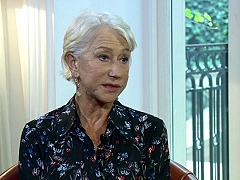 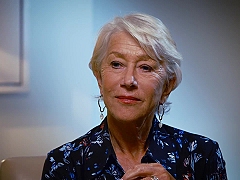 Helen Mirren makes for a thrilling Catherine the Great. In the upcoming, eponymous HBO miniseries, the Oscar winner plays the 18th-century Russian leader with ruthless panache, cutting down all the men attempting to usurp her throne. âIt would be a terrible mistake to go against me,â she warns in the trailer above. The project was apparently kick-started when Mirren said in an interview that she would one day like to play the monarch, who ruled during Russiaâs Golden Era and had a notoriously rocky marriage to Peter III. Producers David Thompson and Charles Pattinson heard the word and quickly made it so. Now Mirren hopes the four-part miniseries will help people see Catherine in a new light. âHistory doesnât like very successful, very powerful women,â Mirren told the Independent. âThey have to drag them down, and history tried to drag Catherine down. I hope we are going to reinstate her reputation as the incredible leader that she was.â âIâm not saying she didnât have her faults,â the actor added. âShe made mistakes, and finished up quite tyrannical. But she was originally a reformer and a Westernizer, if you like, of this vast, vast country.â The four-part series also stars Jason Clarke as Grigory Potemkin, the military commander who became Catherineâs lover. Catherine the Great will debut on October 21 at 10 p.m. on HBO. 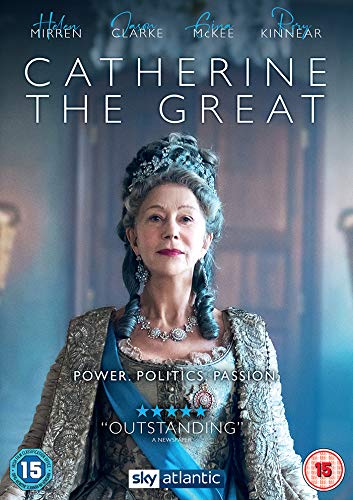 While we’re still waiting for the exact premiere date by HBO and Sky Atlantic for the television broadcast of “Catherine the Great”, at least a home-video release date has been set. The mini-series will be released on DVD and Blu-Ray on November 25, 2019 in the United Kingdom by Spirit Entertainment. The stated running time of 180 minutes kind of confirms the series to be aired in only two parts instead of four, as it’s still being written by HBO on their website. You can pre-order “Catherine the Great” Amazon.co.uk or any other retailer in the United Kingdom.

Oscar-winner Helen Mirren will lead miniseries Catherine the Great as the tumultuous monarch and politician who ruled the Russian empire and transformed its place in the world in the 18th century. The four-part historical drama will follow the end of Catherineâs reign and her affair with Russian military leader Grigory Potemkin that helped shape the future of Russian politics. Catherine the Great is the latest project in the partnership between HBO and Sky (the network behind The Young Pope) and will begin filming later this year. It is produced by Origin Pictures and New Pictures and will be made available on HBO in the US and distributed to Canada through Bell Media. It will also be available air on Sky Atlantic, NOW TV in the UK and Ireland, and on Sky Atlantic in Italy, Germany, Austria and Spain.