The only thing better than finding a really great old television appearance you’ve been looking for is finding one that you didn’t even know existed. The Dick Cavett archive has posted a clip this week of Helen’s appearance on the show in 1995. It was a banner year in Helen’s career, having just appeared in the fourth cycle of “Prime Suspect”, being an Academy Award nominee for “The Madness of King George” and about to make her Broadway debut in “A Month in the Country”. In the clip above, they talk about all of the mentioned projects and lots more. The appearance has been added to the video archive with screencaptures being added to the photo gallery. Enjoy. 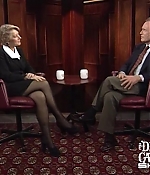 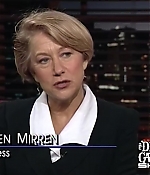 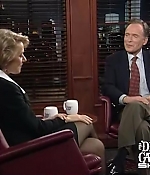 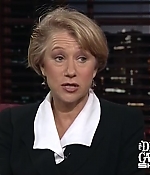 Hele Mirren has been busy these last days promoting the limited theatrical and streaming premiere of Disney’s “The One and Only Ivan” on August 21. She was joined by her film’s colleagues Bryan Cranston, Angelina Jolie, Sam Rockwell, Danny DeVito, Chaka Khan, Phillipa Soo, Brooklynn Prince, Arianna Greenblatt, Ramon Rodriguez, Ron Funches, Mike White and director Thea Sharrock. A complete list of last added videos can be found below the film’s synopsis.

A gorilla named Ivan (Rockwell) lives in a cage at the Exit 8 Big Top Mall and Video Arcade with an aging elephant named Stella (Jolie) and a dog named Bob (DeVito) with no recollection of how they got there. They are owned by Mack (Cranston), the owner of the Big Top Mall. When an abused baby elephant named Ruby (Prince) shows up and is taken under Stella’s trunk, Ivan starts to care for her as well and along with the janitor’s daughter Julia (Ariana Greenblatt), they help to turn things around at the mall. 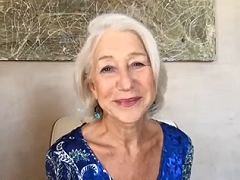 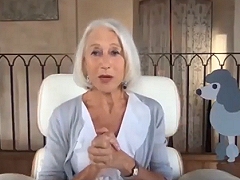 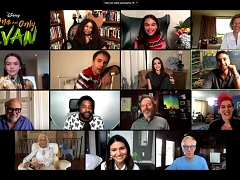 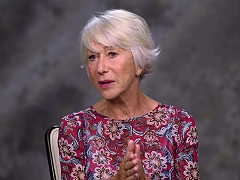 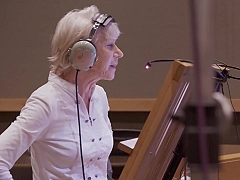 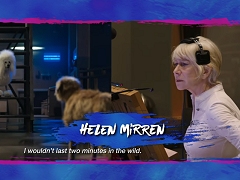 Disney+ dropped a trailer for the upcoming film âThe One and Only Ivan.â The movie is based on the award-winning book by Katherine Applegate and tells the story of Ivan, a silverback gorilla. The gorilla learns that life isnât defined by place and circumstance but by the power of friendship and the courage to make change happen. Youâll be able to stream the movie on Disney+ on August 14th. âThe One and Only Ivanâ is directed by Thea Sharrock from a screenplay by Mike White, and is produced by the late Allison Shearmur, Angelina Jolie, and Brigham Taylor. Sue Baden-Powell and Thea Sharrock served as executive producers on the project. You can find Katherine Applegateâs bestselling book, which won numerous awards upon its publication in 2013, including the Newbery Medal, right here on Amazon. The Disney+ release features a hybrid of live-action and CGI, and stars Sam Rockwell as the voice of Ivan; Angelina Jolie as the voice of Stella; Danny DeVito as the voice of Bob the dog; Helen Mirren as the voice of Snickers the poodle; Brooklynn Prince as the voice of Ruby; Ramon Rodriquez as the mall employee George; Ariana Greenblatt as Georgeâs daughter Julia; and Chaka Khan as the voice of Henrietta the chicken. The voice cast also includes Mike White as the voice of Frankie the seal; Ron Funches as the voice of Murphy the rabbit; Phillipa Soo as the voice of Thelma the parrot; and Bryan Cranston as Mack, the mallâs owner.

Disneyâs âThe One and Only Ivanâ is an unforgettable tale about the beauty of friendship, the power of visualization and the significance of the place one calls home. Ivan is a 400-pound silverback gorilla who shares a communal habitat in a suburban shopping mall with Stella the elephant, Bob the dog, and various other animals. He has few memories of the jungle where he was captured, but when a baby elephant named Ruby arrives, it touches something deep within him. Ruby is recently separated from her family in the wild, which causes him to question his life, where he comes from and where he ultimately wants to be.

The Israel Philharmonic Orchestra has announced a virtual benefit hosted by Dame Helen Mirren, starring Lahav Shani and iconic soloists for June 28 at 11am PDT / 2pm EDT / 7pm BST / 8pm CET / 9pm IDT. This landmark moment in the IPOâs history will be available to stream internationally, free of charge, on their website. So far, no further information have been announced. Edit: You can stream the complete gala above and on Youtube: Join Dame Helen Mirren, Maestro Lahav Shani and iconic soloists and conductors for an exceptional Global Gala, featuring Maestro Zubin Mehta, Pinchas Zukerman & Amanda Forsyth, Itzhak Perlman, Khatia Buniatishvili, Yefim Bronfman, Sir AndrÃ¡s Schiff, Gil Shaham and AdÃ¨le Anthony, Maestro Gianandrea Noseda, Chen Reiss, Martin FrÃ¶st and Evgeny Kissin The Gala is dedicated in memory of Leon Nacht zâl, and in honour of his loving wife Aneta, friend of the IPO. 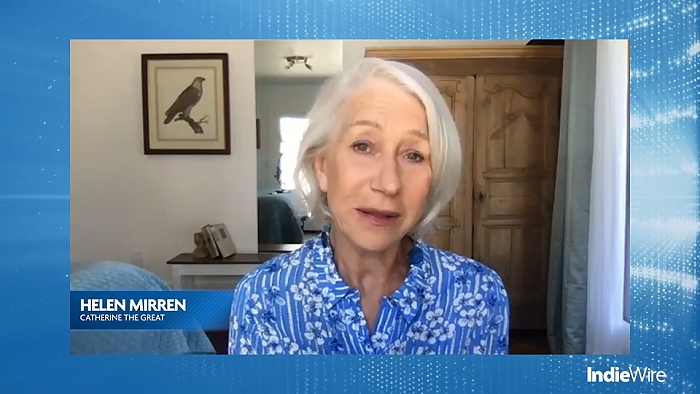 The full video interview with Helen Mirren can be watched here. Helen Mirren loves playing women with power. She won an Oscar for playing Elizabeth II in âThe Queen,â and a Tony for playing her again in another Peter Morgan drama, âThe Audience.â In the interview above, we Zoomed with the actress, situated in the spare bedroom of the Northern California home she shares with husband Taylor Hackford, to dig into her âCatherine the Greatâ for HBO. Set in opulent 18th Century Russia, the four-hour limited series, written by Nigel Williams (âElizabeth Iâ) and directed by Philip Martin (âThe Crownâ), is jam-packed with romance, court intrigue and the theater of politics. Of all the queens sheâs played, from Shakespeareâs Titania to Cleopatra, âthey donât come any more powerful than Catherine the Great,â said Mirren. âItâs the most extraordinary story of a young woman having the courage and intelligence and tenacity and intellect to be able to say, âI can do this, run this complex difficult country.â Then of course after she died, everything she accomplished, with incredible success, everything she achieved, her son tried to destroy.â Powerful men maligned her, damaging her reputation. âIt was mostly the lies spread about her by Frederick the Great,â said Mirren, âwho hated her because she was powerful and successful and she stood up to him. He couldnât stand that she was woman who was successful.â END_OF_DOCUMENT_TOKEN_TO_BE_REPLACED