Next up is a clash of Britain’s acting titans: Laurence Olivier, Malcolm McDowell, Alan Bates and Helen Mirren in the 1976 adaptation of Harold Pinter’s “The Collection”. Unfortunately a rather weak clash. To learn more about the project, visit the career page. Stills, on-set pictures and screencaptures have been added to the gallery. Three clips have been added to the video archive. 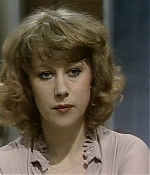 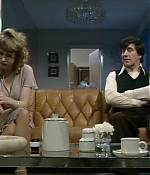 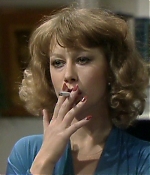 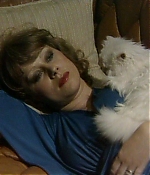 Today’s movie spotlight features three projects from 1972 to 1980 with something for everyone: Strindberg. Pinter. Hookers. The first spotlight is the 1972 tv adaptation of “Miss Julie” by the Royal Shakespeare Company, starring Helen Mirren and Donal McCann. To learn more about the project, visit the career page. Stills and screencaptures have been added to the gallery. The promotional trailer and three clips have been added to the video archive. 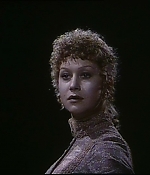 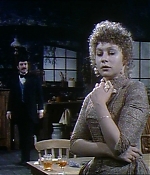 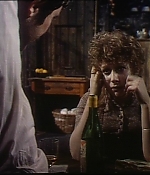 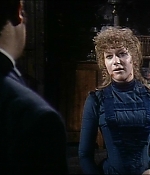 This Sunday, the Australian edition of 60 Minutes will feature a profile and exclusive interview with Helen Mirren, just in time for the theatrical release of “The Hundred-Foot Journey”. Karl Stefanovic sits down with Dame Helen to talk about her life and movie career – the latter started in Australia with Michael Powell’s “Age of Consent” in 1969. Check back for a transcript of the interview.

News
“The Audience” will shift to Broadway in 2015

Academy and Olivier Award winner Helen Mirren says that she will reprise her performance as Queen Elizabeth II in a Broadway run of Peter Morgan’s The Audience, which played a celebrated, sold-out London run last year, according to the Daily Mail. Mirren stated that rehearsals will get underway in mid-January 2015 with previews to begin in February. A March opening is expected. An official announcement of a Broadway production has not been made. It was previously reported that playwright Morgan was expected to update portions of the script for American audiences. Mirren added that former U.K. Prime Minister Tony Blair may be among the new characters to appear when The Audience arrives on Broadway. The Audience was previously broadcast in cinemas as part of NT Live.

In The Audience, playwright Morgan imagines a series of pivotal meetings between Her Majesty the Queen and various prime ministers in their weekly meetings, which have hitherto been entirely secret. Stephen Daldry directed the production. Mirren reprised the role of Queen Elizabeth II (for which she won the 2006 Academy Award for Best Actress for “The Queen,” also scripted by Morgan). Her performance in The Audience garnered her the Olivier Award. According to press materials for the London run, “The Audience breaks this contract of silence. From Churchill to Cameron, each Prime Minister has used these private conversations as a sounding board and a confessional – sometimes intimate, sometimes explosive. In turn, the Queen can’t help but reveal her own self as she advises, consoles and, on occasion, teases.”

Today’s final update is “Love Ranch”, Taylor Hackford’s drama about the owners of Nevada’s first legal brothel. It’s not as bad as the critics wrote. To learn more about the film, visit the career page. Stills and Blu-Ray screencaptures have been added to the photo gallery. Trailers, making ofs and three clips have been added to the video archive.