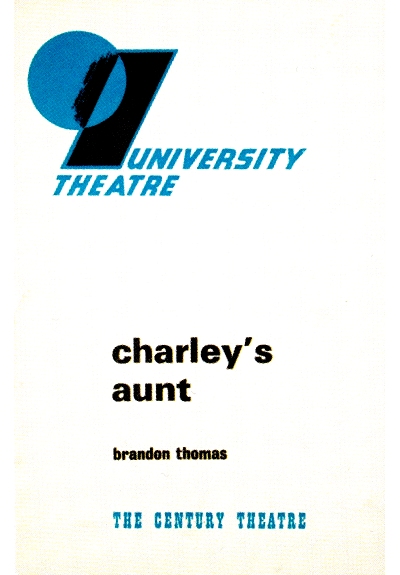 Oxford, 1890. Two students, Charley Wyckham (Tom Courtenay) and Jack Chesney (Jimmy Cossins), want to propose marriage to two lovely young women (Helen Mirren and Lucy Flemming). Old Stephen Spettigue - an uncle to one of them, a guardian to the other - won't let them anywhere near the boys; but he's going out of town. Still, the proper young ladies won't visit the young men without a chaperon. Charley's aunt from Brazil - where the nuts come from - is expected to arrive. When she doesn't, the boys have to do some quick thinking.
Cast: Tom Courtenay (Lord Fancourt Babberley), Jimmy Cossins, Helen Mirren (Kitty Verdun), Lucy Fleming 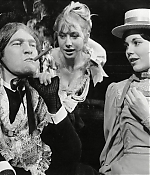 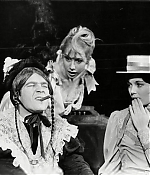 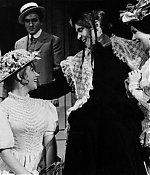 After leaving RADA, taking over from Albert Finney in the West End Run of “Billy Liar” had catapulted him into the movies, Tom Courteney made the bold move to transfer to the Century Theatre in Manchester – as director Braham Murray would call it “playing in a backstreet theatre in Manchester, and be in “Charley’s Aunt”. It was a coup for Manchester. “The public didn’t believe that Tom Courtenay was coming to the Manchester Theatre. ‘Is he any relation to THE Tom Courtenay?’ the box office was continually asked. Once they were convinced, the show was immediately sold out.”

In his autobiography, Braham Murray remembers Manchester fondly. “Century Theatre was a very humble company. There was no such thing as a casting director. You auditioned those who had written to you, phoned imploringly to agents an cobbled together such casts as you were able to. Tom seemed not to mind this a bit. Indeed, he brought with him that fine character actor Jimmy Cossins and besides, Helen Mirren had stayed on to play Kitty and cause havoc among the male members of the cast.” In her book, Helen Mirren rememberd, “I spent a lot of time giggling at Tom’s brilliant performance”.

Charley’s Aunt is being listed under the following tags: Brandon Thomas, Century Theatre Manchester, Year 1967
Back to previous page
Advertisment