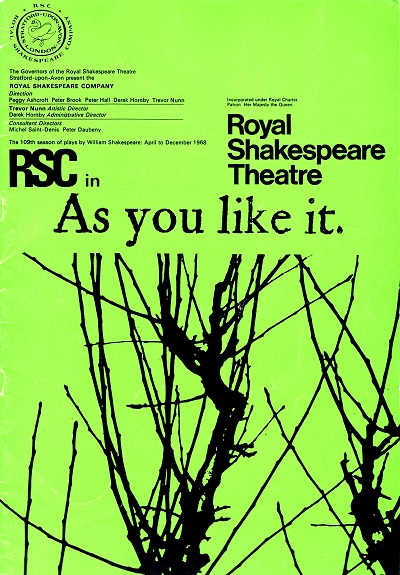 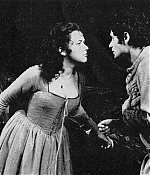 This production was first seen in June 1967 when it joined last year’s Stratford season. The following month it moved into the RSC’s London repertoire at the Aldwych Theatre, and then visited Glasgow, Edinburgh, Liverpool, Manchester, Bristol and Cardiff, before returning to Stratford in the autumn. In 1968, it went to America and played (with The Shrew) a six-week season at the Ahmanson Theatre, Los Angeles.

As You Like It is being listed under the following tags: The Royal Shakespeare Company, William Shakespeare, Year 1968
Back to previous page
Advertisment