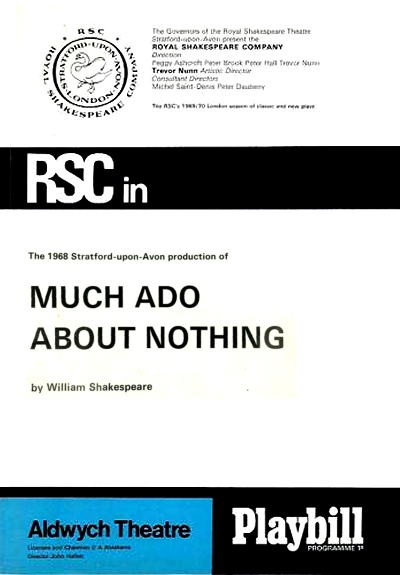 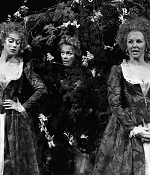 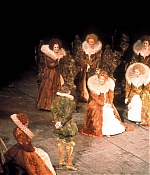 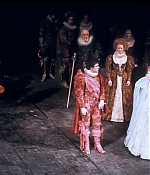 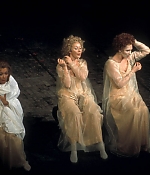 Alan Howard and Janet Suzman played Benedick and Beatrice, with a memorable Hero played by the young Helen Mirren. The colourful sixteenth-century costumes gave an extra edge to the dancing in Act 2, where the men appeared, disguised in commedia dellâarte masks and flourishing swords for the mock-military dance. The swords would, of course, be put to more serious use later in the play. At the end of the play, an isolated Don Pedro drew on his gauntlets with great deliberation as if to prepare for his return to the battlefield. As the Coventry Evening Telegraph noted in its review (October 15, 1968): “Bernard Lloyd gave a tender, smooth performance as the love-struck Claudio, and Helen Mirren, as Hero, was as coy and virginal as the part demanded.”

Much Ado About Nothing is being listed under the following tags: The Royal Shakespeare Company, William Shakespeare, Year 1968
Back to previous page
Advertisment