Previous
Next
Directed by: Robin Phillips | Literature: August Strindberg | Costume Design: Daphne Dare | Production Design: Daphne Dare | Music: Gordon Kemper
Miss Julie (Helen Mirren), the inexperienced but imperious daughter of the manor, deigns to dance at the servant's party. She's also drawn to Jean (Donal McCann), a footman who has traveled, speaks well, and doesn't kowtow. He is engaged to Kristin (Heather Channing), a servant, and while she sleeps, Jean and Miss Julie talk through the night in the kitchen. For part of the night it's a power struggle, for part it's the bearing of souls, and by dawn, they want to break the chains of class and leave Sweden together.
Cast: Helen Mirren (Miss Julie), Donal McCann (Jean), Heather Canning (Kristin), Mary Allen, Isla Blair, Colin Edwynn, Michael Egan, Ronald Forfar, Julian Glover, Patrick Godfrey, Edward Phillips, Holly Wilson 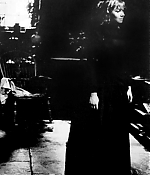 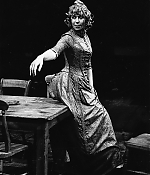 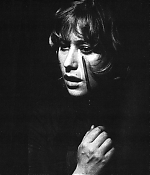 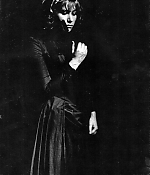 Benedict Nightingale wrote in “Helen Mirren: A Celebration” on her “Miss Julie”: “She brought what was becoming her trademark full-bloodedness to the role, raging and roaring in upper-class contempt at Jean, the valet who had seduced her; but it was the character’s psychosexuality that mainly preoccupied her. Her hands quivered, kneacked her handkerchief, flailed frantically, blindly, at her wooer, as if her body was in a state of civil war, in terror and disgust driving her away from him and then, with a sort of morbid, self-destructive fascination, to him, into his arms and his power. Nor was that all, for Miss Mirren found moments of tenderness in the role, as well as a touching pathos. I can still hear her saying, “What is love? Do you know what love is?” as if distantly sensing the existence of emotions she was doomed never to feel. Perhaps her portrayal remained a little planned and lacking in fluency; the rivets joining her ideas together still sometimes showed; but this time it could be attributed to the emotional jumps and bumps the “naturalist” Strindberg had deliberately injected into his dialogue. By now, few critics could be unaware that there was a major actress in the making.”

“Miss Julie”, performed at The Place in London, is one of the very rare theater performances by Helen Mirren that was subsequently filmed with the same cast and director for a limited theatrical release and television broadcast the following year.

Miss Julie is being listed under the following tags: August Strindberg, The Royal Shakespeare Company, Year 1971
Back to previous page
Advertisment