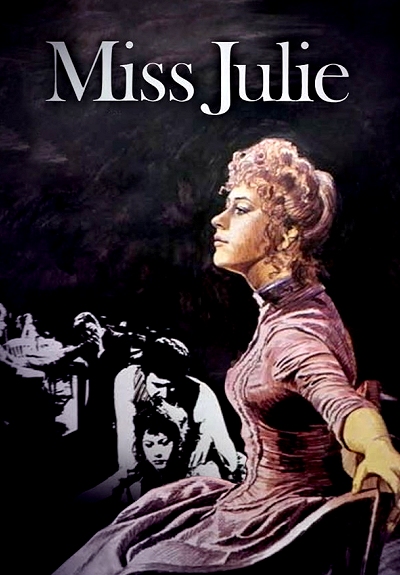 A televised Royal Shakespeare Company production of August Strindberg's classic play. Miss Julie (Helen Mirren), a 19th century aristocrat's daughter, tests the new-found power of her femininity by taunting Jean, a servant in her father's house. Outside, the members of her father's estate are having their midsummer's eve dance, and shouts of raucous laughter fill the night air. Jean knows his place, cowers in the presence of even his master's boots, but he has dreams of being something more; he doesn't like the disdain with which Miss Julie asks him to kiss her shoe. He turns his anger into a game and manipulates the young woman into trading secrets with him.
Cast: Helen Mirren (Miss Julie), Donal McCann (Jean), Heather Canning (Christine), Mary Allen, Colin Edwynn, Michael Egan, Ronald Forfar, Patrick Godfrey, Valerie Minifie, Edward Phillips, Philip Sayer, Holly Wilson 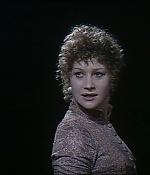 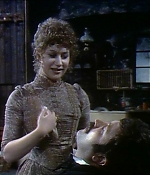 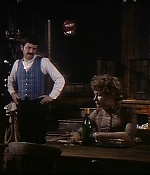 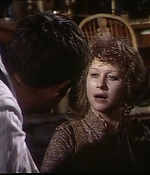 After a successful run at the Royal Shakespeare Company in 1971, John Glenister and Robin Phillips directed this televised adaptation with the cast of the play.

Miss Julie is being listed under the following tags: Adapted from a Play, August Strindberg, Drama, Year 1972
Back to previous page
Advertisment