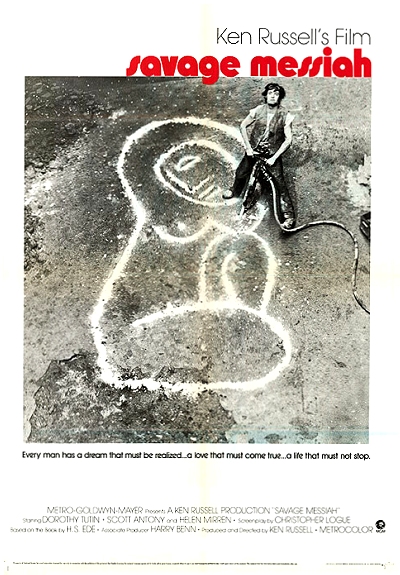 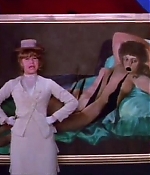 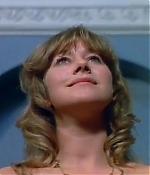 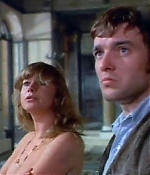 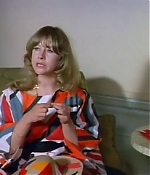 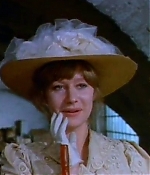 Based on the book “Savage Messiah” by H. S. Ede, much of the content came from letters sent between Henri Gaudier-Brzeska and his lover Sophie Brzeska. In real life, Gaudier-Brzeska was a signer of the Vorticist Manifesto and a founder of The London School along with his patron, Ezra Pound, but his genius was not recognized until after his death. Gaudier-Brzeska was killed at the age of only 24 in WWI, a French Army hero who had been twice promoted for bravery.

I played a bra-burning suffragette in the turn of the century. It’s Ken Russell so it was pretty well out there. The day I had to do that nude scene, where I had to walk completely b**lock naked down a flight of stairs, was awful. It was early days and I was so mortified, embarrassed and unhappy about it. I remember that morning looking out of my trailer, this funky little caravan thing and wondered if I threw myself off the top step of the trailer I could manage to break my leg and not have to do the scene! I wouldn’t like to do that today. It’s never comfortable. The best thing would be if all the crew took their clothes off too and then you’d feel fine but it’s never comfortable to be the only one without clothes on (Helen Mirren, October 2010)

Upon the film’s release, The New York Times wrote, “although the performances are full of hysteria, Savage Messiah is so tame that it almost makes one long for the excesses of the earlier Russell films, which so overwhelmed the senses as to become anesthetically soothing, like loud rock. At one point in the film, I had the feeling that perhaps Russell was really taking stock of his career to date.” Dorothy Tutin received a BAFTA nomination as Best Actress for her performance.

It’s difficult for me to review “Savage Messiah” since it’s one of the films I have absolutely no interest in. I’m sure it’s well done, and for those inerested in Gaudier’s life or Russell’s work, it surely is worth to watch. It looks and feels very artistic, has beautiful cinematography and the acting, espcially by Tuin is favorable, but it didn’t help to keep me interested in it. If you single it out for Mirren, you need to wait for an hour first until she enters the scene. Of course, “Savage Messiah” will mostly be associated to Helen’s nude walk up the stairs, but other than that, it’s a strange character in a strange film.

Savage Messiah is being listed under the following tags: Drama, Experimental, Year 1972
Back to previous page
Advertisment