Previous
Next
Directed by: Lindsay Anderson | Written by: David Sherwin 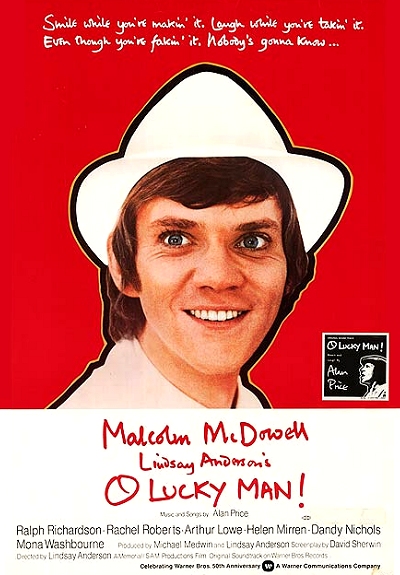 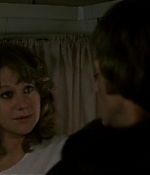 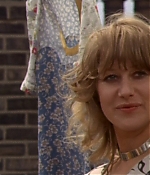 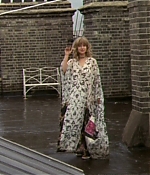 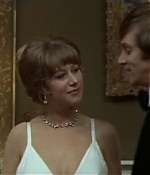 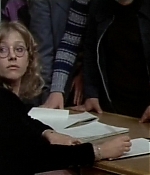 After “If…” won the Palme d’Or at the 1969 Cannes Film Festival, Malcolm McDowell suggested to director Lindsay Anderson that they were a good team and should make another film together right away. The phlegmatic Anderson, pointing out that good scripts are rare, challenged the actor to write one, advice presumably a mere degree removed from ‘bugger off’. Anderson had no way of knowing that the actor’s idea, based on his early experiences as a coffee salesman and romanced into a picaresque fantasy by If…. scribe David Sherwin, would indeed cause lightning to strike twice. O Lucky Man! wasn’t the commercial success its predecessor had been (its nearly three-hour length reduced the number of possible daily screenings by a third), but it told a similarly magic-realist story, on the same socially responsible terms, in more linear and upbeat fashion. Made still more approachable by a charmingly sage pop score by Alan Price (whose band appear on camera throughout the film as a musical Greek chorus), the film became as beloved in its decade as “If…” had been to filmgoers of the late 1960s, in essence attending to the continuing adventures of Mick Travis (McDowell) when, after graduating, he steps out into the larger world of business armed only with a smile, a shiny red apple, a magic suit and the ambition to succeed.

O Lucky Man! is generally considered part of an Anderson/Sherwin/McDowell trilogy that began with “If…” and concluded with Britannia Hospital (1982), all three films featuring McDowell as an everyman named Mick Travis. Despite the shared name, he isn’t really the same character and the stories aren’t sequential; they do however jointly illustrate, through fantasy and comedy, the sobering reality of how our institutions succeed in squelching all that is best in us. Remarkably, the derangement infecting the larger world Travis discovers looked to my 18-year-old eyes like satiric, paranoid excess, but now that I’ve arrived at the age Anderson himself was when he made the film, the same derangement disconcertingly resembles daily life as I often perceive it. It’s the film’s triumph that Travis’ entanglements with monsters here don’t turn him into one; nowhere else in cinema will you find such a bleak worldview infused with such infectious, ebullient, indomitable joy, attentive to the magical propensities of life even when at its darkest. One of the ways this magic is conveyed is through the brilliant theatrical conceit of having the same actors play a variety of roles (Arthur Lowe actually turns up in blackface as an African businessman), thereby encoding Travis’ world with archetypes (Peter Jeffrey as the surrogate fathers, Mary MacLeod the surrogate mothers, Ralph Richardson as opportunity, Graham Crowden as genius, Helen Mirren as romantic ambition) that can be read as opportunities for Travis to learn from past mistakes. Indeed, the story’s narrative arc is rather an inversion of the Kubrick film, chronicling the hero’s systematic (or is it systematised?) loss of innocence and the sharp pain to his gulliver that sets him back on track.

The film premiered at the Cannes Film Festival in 1973 and it gave Helen Mirren a first taste of stardom. The first time I went to Cannes was with Lindsay Anderson’s, O Lucky Man!. I was doing experimental theatre and came looking like a backpacker with no understanding of the event. They looked at me with surprise because I didn’t fulfil the function of a big-frock diva at all,” she told The Independent. “O Lucky Man!” opened to mixed reviews with most critics complaining that it didn’t live up to “If…”, but since then it has become a memorable classic of the 1970’s cinema in Great Britain. It was also the start for an ongoing collaboration between Malcolm McDowell and Helen Mirren. Both actors joined Laurence Olivier in the 1976 television adaptation of “The Collection”, where Malcolm persuaded Helen into taking the role of his wife in his next film, “Caligula”.

Having not seen “If…” and not being very familiar with Lindsay Anderson’s film I’m having a hard time to actually review “O Lucky Man”. As I can’t say if its good or not by just relying on my own taste, I found it incredibly lenghty and difficult to watch because since it’s so different from what you normally see. I’m sure you will enjoy it much more if you’re a fan of this time of British cinema and the works of Malcolm McDowell. Helen’s part is rather small, she makes a rather odd entrance halfthrough through the film and shares a couple of scenes with McDowell. But as fast as her character shows up, she’s gone again – with the exception of a secondary role as a casting director near the end of the film as well as its finale. Nevertheless, her performance of the carefree Patricia leaves an impression and if you consider that this has only been her fourth feature film role. So enjoy “O Lucky Man!” for its weirdness – or just fast forward to Helen’s bits.

O Lucky Man! is being listed under the following tags: Comedy, Experimental, Year 1973
Back to previous page
Advertisment