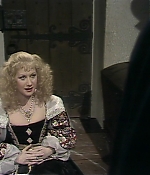 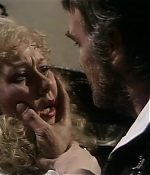 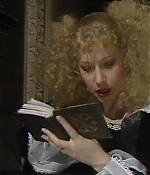 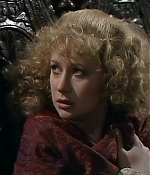 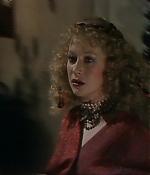 “The Changeling” features Helen Mirren in one her first breakout performances on television, as tragic heroine Beatrice-Joanna. After appearing in various stage adaptations for televison, this is the first collaboration with the BBC’s Play of the Month installment, for which Helen worked numerous times throughout the 1970s. Jacobean drama was no unknown territory for Mirren, who worked on “The Revenger’s Tragedy” witht the RSC and would continue with another Jacobean drama in the early 1980s, in “The Duchess of Malfi”. As Mirren remarked in a 2007 interview with the BBC: ” I adore Jacobean tragedy, I have a great affinity for it. I think it appeals to my romantic nature, to my gothic nature. Another reason I love Jacobean drama is the women’s roles are fabulous. They’re great, they’re sexy, they’re extreme, they’re incredibly evil.”

“I’d love to do a modern-day version of The Changeling because I think it’s a fascinating story of someone who is so repulsed, utterly repulsed by someone but actually finishes up completely obsessed by them. I mean he’s ugly; he’s physically ugly. He’s also lower class â he’s the servant â so she can’t see him even as a human being, but he sees himself very much as a human being and he is absolutely obsessed by her. There’s a wonderful story about class. “The Changeling” also marks the first collaboration of Helen and Brian Cox, with whom she has shared the screen three more times over the course of five decades, most recently and probably most memorably as old lovers in the two “R.E.D.” films.

If you enjoy stage adaptations, this one’s for you. The BBC adaptations may lack of big budgets, but for this kind of genre, it’s not really necessary. Especially if you have actors of the caliber of Mirren and Cox. This version might be lenghty at times, and slow throughout, but it’s still worth to watch these two actors at work.

The Changeling is being listed under the following tags: Adapted from a Play, Drama, Thomas Middleton, Year 1974
Back to previous page
Advertisment