Previous
Next
Directed by: Claude Whatham | Written by: Jack Russell
Robert Hardy and Helen Mirren star as Benito Mussolini and his lover in this dramatization of their last night together, locked in a small peasant cottage. Having admired Mussolini since she was a schoolgirl, Claretta finally had a chance to meet him at the age of 24. For the next 10 years she was Mussolini's official mistress, and was the only woman with him when they and a group of supporters were captured by Communist partisans during an escape attempt. On April 28, 1945, Mussolini and Petacci were shot by their captors. Even though Claretta was offered her freedom, she refused to leave her lover, a touching declaration of a woman's love despite the dubious reputation of the object of her affections.
Cast: Helen Mirren (Claretta Petacci), Robert Hardy (Benito Mussolini), Robin Scobey (Pedro), Gary McDermott (Neri), Nick Llewellyn (Lino), Stephen Tate (Cantoni), Gina Manicom (Lia), Oliver Cotton (Giacomo), Donald Webster (Valerio) 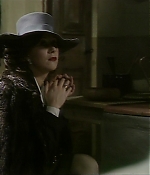 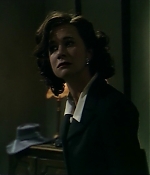 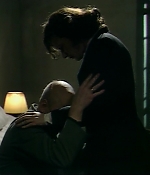 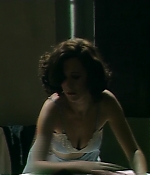 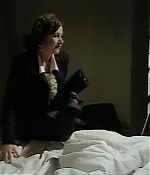 “Caesar and Claretta” follows the last days of Benito Mussolini and his mistress Clara Petacci in 1945. They were stopped by communist partisans and identified by the Political Commissar of the partisans’ 52nd Garibaldi Brigade, near the village of Dongo (Lake Como), as they headed for Switzerland to board a plane to escape to Spain. During this time Clara’s brother posed as a Spanish consul. After several unsuccessful attempts to take them to Como they were brought to Mezzegra. They spent their last night in the house of the De Maria family. The next day, Mussolini and Petacci were both summarily shot, along with most of the members of their 15-man train, primarily ministers and officials of the Italian Social Republic. With the exception of the actors who portray soldiers in this BBC adaptation, “Caesar and Claretta” is purely a two-actors showcase.

It was a wonderful piece. It was a very well written piece and it was just a fascinating moment of history and this role of this mistress of a great dictator, rather like Eva Braun, someone who is absolutely at the height of… mistress-dom, and then has to pay the prize. The ultimate prize. In Claretta’s case being murdered and hung upside down”. She also shared fond memories on her co-star, “the wonderful, brilliant Robert Hardy, one of our great actors. There’s an actor who understood screen acting, because the energy he brought to his performance was full. I mean he should have been a great film actor, in another era he would have been a great film actor.”

Reviewing “Caesar and Claretta” for its DVD release, the New York Times wrote, “possibly to calm Mussolini as they await what they suspect will be their execution, Ms. Mirrenâs character encourages some bedroom action. The dictator cannot meet her challenge. She tries a new tactic: âThe stones of your buildings shout your name!â she exclaims, putting his hands on her breasts. âYou will rise like the sun!” Even while her character is shamelessly massaging her loverâs ego, Ms. Mirren holds something back, letting the viewer know that Claretta only half-believes this nonsense. She turns the melodrama down a notch, and makes a painful scene easier to watch. Although “Caesar and Claretta” is a low point of this collection, Ms. Mirren still invests it with her distinctive blend of earthiness and elegance.

“Caesar and Claretta” runs rather short with only 50 minutes and features great performances by both Hardy and Mirren. But it still feels slow at times and the change of colors don’t add much to the story. But as an acting piece, “Caesar and Claretta” is worth a watch.

Caesar and Claretta is being listed under the following tags: Drama, Inspired by True Events, Real-Life Characters, Year 1975
Back to previous page
Advertisment