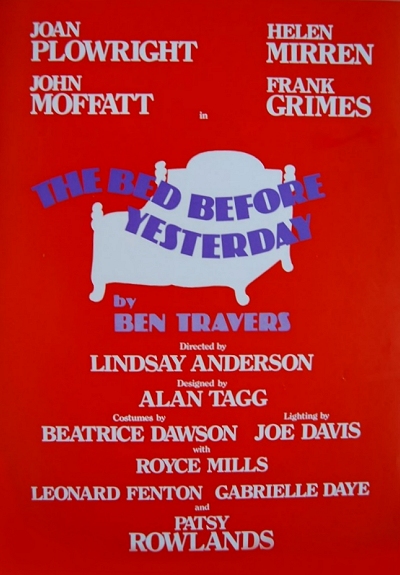 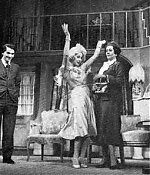 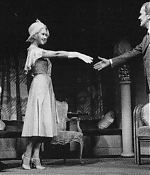 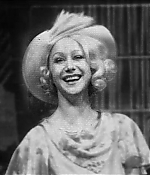 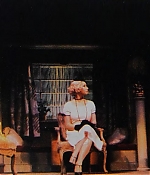 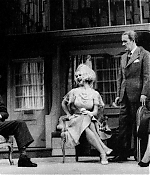 After the successful production of “The Seagull”, the second play in the Lyric Theatre repertory was a country mile away from Chekhovâs pre-Revolutionary Russia, but on par with its critical reception – Ben Travers’ “The Bed Before Yesterday”. The style is pure 1920s farce. Joan Plowright stars as a rich widow who discovers sex rather late in life and henceforth decides to make up for lost time. Helen Mirren played Ella, a penniless movie “extra” and a typical “fast girl” of the era. She saw Andersonâs admiration for the old-school Travers as another example of the “flip side of Lindsay the rebel”, and threw herself into the part. “Mirren is stirringly voluptuous as the Harlowesque good-time girl,” Michael Billington enthused. Her insistence on wearing a platinum wig for the role rather disappointed the elderly playwright, who would have preferred to see her in her own hair. In his memoirs, Travers paints an intriguing portrait of how the then 30-year-old Mirren came across to a thespian of a much earlier generation:

[Helen] had just reached the stage of having become a notoriety, welcome to the theatre-gossip columns, which, while acknowledging her acting abilities, presented her as a good-time girl with a special and rather unpredictable good-time nature of her own. Where they went wrong was in presuming that the good time came first; she is above all a gifted and versatile and conscientious actress. I donât know much about her private affairs (well, I do know a bit because she and I used to exchange confidences sometimes during rehearsals) but it is her stage job that comes first with her and although her performances are liable to vary she is always the first to say so and to repent a lapse. (Ben Travers, A-sitting on a Gate: Autobiography, 1978)

Mirren remembers Travers as “a remarkable man. He had been a widely successful West End playwright in the thirties and forties, writing perfectly constructed farces that are now classics. Now in his eighties, he had written a marvellous new farce. It was typical of Lindsay to direct the play, as Lindsay had no ability to follow fashion, having instead a simple dedication to everything he thought was good. Ben was full of laughter and sparkle. He wore his age like a very thin disguise over a sexy, alert and utterly humane persona. I adored him.” Critics, on the other hand, adored “The Bed Before Yesterday”. It received 2 Society of West End Theatre Awards for Best New Comedy and Actress of the Year for Joan Plowright.

The Bed Before Yesterday is being listed under the following tags: Ben Travers, The Lyric Theatre, Year 1975
Back to previous page
Advertisment