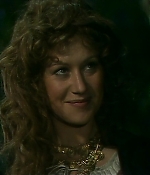 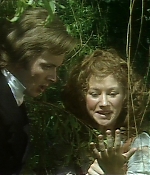 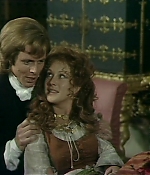 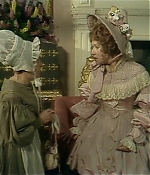 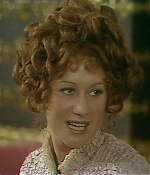 Based on the 1891 novel by J. M. Barrie, this particularly spirited adaptation of The Little Minister has absolutely nothing to do with class conflict or British rule over Scotland, which merely serve as the plot underpinnings for the whimsical, farcical love story between Babbie, the “gypsy” woman in disguise, and the feckless, naive boy minister, Reverend Gavin Dishart. Indeed, Barrie’s novel (which he years later adapted into a play), was concerned primarily with presenting the public with a lighthearted look at a Scotland that had very little to do with reality (this was one of Barrie’s first novels, and was written to establish himself as a successful writer, not a social critic). Love’s misadventures are the focus of “The Little Minister”, and the centuries-old dramatic gimmick of concealed identities and convoluted, comical misunderstandings resulting from those secret disguises provide the framework for the familiar but highly effective and amusing tale.

I have to say I remember “The Little Minister” as one of the happiest shoots I’ve ever done. We did it in Glance, Scottland. I think it’s a wonderful play, one of the great female characters. In comparison to a lot of the modern playwrights who write terrible women, they’re awful, J.M. Barrie was writing wonderful women’s roles. I thought the story of “The Little Minister” was funny and romantic. I didn’t find it sugary but quite edgy. I absolutely loved that play.

The drama is set in rural Scotland in the mid-19th Century at a time when the locals were fearful of occupying English redcoats. Barrie contrasts the attitudes of the wealthy Anglophile Earl of Rintoul, played by Peter Barkworth, and his poorer neighbours, who unfortunately mostly speak with pretty much impenetrable accents. While the rich man works closely with the English soldiers headed by Nicholas Jones as the silly, self-important Captain Halliwell, the elders of the village have created a private militia to resist the incomers. Into this confusion comes Ian Ogilvy playing the Rev Gavin Dishart, a real oaf of a little minister, who is renowned for his apparent diligence and religious commitment, although this is not conveyed in any way by the actor.

As soon as he set eyes on the Egyptian, the hunky priest loses his head and, had this been real life, might well really have done so under an English blade. Instead, the lady is equally enamoured, which provides some excellent comedy, particularly after it is discovered that not only is she a flighty ne’er-do-well bu,t in addition, the Earl’s respectable, English-educated daughter. Helen Mirren is well cast as a posh noblewoman with egalitarian tendencies and plays her part well. Too many of her fellow cast members mug like mad and Ogilvy, soon to be a TV Saint, has a tendency to run and skip around like a reject from The Benny Hill Show. This production does not show off Barrie at his best but there is enough there to suggest that while his work may nowadays seem somewhat quaint and old-fashioned, he definitely deserves to be revived.

“The Little Minister” features a wonderfully comic performance by Mirren in the first half. The story is kind of odd and loses much of its steam in the second half, but Helen as a wild Gypsy is marvelous.

The Little Minister is being listed under the following tags: Adapted from a Play, Comedy, J.M. Barrie, Year 1975
Back to previous page
Advertisment