Previous
Next
Directed by: Stuart Burge | Literature: Christopher Hampton
Philip, his fiancee Celia (Mirren), and their circle of friends talk philogy, playwriting and everything in between during the course of a dinner party. Despite the fact that seismic events are unfolding in the world around them, their conversation turns to the usual. Strangely enough, news of the collapse of the government and its violent aftermath doesn't perturb anyone, although a hit list from an organization called F.A.T.A.L. targeting 'twenty-five of the most eminent English writers' does elicit a slight reaction from dinner guest and novelist Braham Head, who isn't sure whether to be 'relieved or insulted' not to find himself on the list. However, despite the reactions (or lack thereof) to outside events, the party is not without drama of its own. As the evening progresses, couples form and love blooms...just not in the expected ways.
Cast: Ronald Pickup (Philip), Helen Mirren (Celia), James Bolam (Don), Charles Gray (Braham), Jacqueline Pearce (Araminta), Colin Higgins (John), Amanda Knott (Liz) 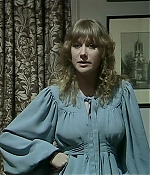 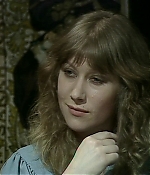 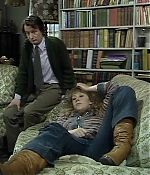 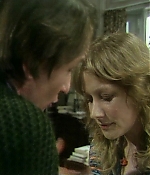 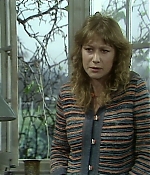 There is something appropriate in the fact that Ronald Pickup’s Philip, the eponymous comic hero of this 1975 version of what might be Christopher Hampton’s most successful play, is not only a philanthropist but also a philologist or wordsmith since his life is governed more by words than people. In “The Philanthropist”, Christopher Hampton turns Moliere’s The Misanthrope on its ear, creating in Philogy professor Philip a man desperate to cause no offense – even if it means sleeping with another woman he doesn’t even find attractive – while all around him, friends and acquaintances act beastly towards each other. Criticism can be helpful, but only if it’s negative. After a tryout at the Royal Court (see Helen Mirren’s quote below”, “The Philantropist” played in 1970 at the Mayfair Theatre in England and premiered on Broadway at the Ethel Barrymore Theatre in 1971. The show was nominated for three Tony Awards, including the 1971 Tony Award for Best Play. In 1975, it was adapted by the BBC, casting Helen Mirren in the role of Philip’s girlfriend Celia.

I vaguely remember that I could never quite get a handle this one. That’s my memory of it. I felt uncomfortable and I didn’t know what the hell I was doing. I’m a big admirer of Christopher Hampton’s work. I actually had witnessed his very, very first work, I think called “When Did You Last See Your Mother” and I saw it as a sort of rehearsed readthrough at the Royal Court. And I’d just been blown away by the writing. So I think it was my own inability to understand the role. But I do remember sort of feeling awkward. Often you’re struggling with it. And that’s the problem not doing a play in the theatre. At least in the theatre you’ve got a few months to get it right and lots and lots of practice. If you’re doing this kind of televion, you have, maybe two weeks rehearsal and then maybe a week in the studio. You don’t have a lot of chance to get it right. You’re out there and gotta do it. You have to learn to trust your instinct. And find your instinct. Find your freedom.

The television adaptation received lukewarm reviews and Helen’s performance was labeled low-key, as The Guardian wrote: “The ubiquitous Helen Mirren has the precise ability to seem like a person, someone we might actually know. Perhaps it helped that her hair and make-up looked like anyone elseâs, blotched on in a rush in the morning”.

I found “The Philantropist” to be a big bore. There’s a lot of talk about anything and nothing by a bunch of uninteresting characters. This includes Mirren’s Celia, who adds little to the story. This is not her fault, but it feels that there is not much to do. In comparison to the other theatre adaptations that Helen did for the BBC, this is the first contemporary character and she looks lovely, but unfortunately that’s the only good thing to say about “The Philantropist”.

The Philantropist is being listed under the following tags: Adapted from a Play, Christopher Hampton, Drama, Year 1975
Back to previous page
Advertisment