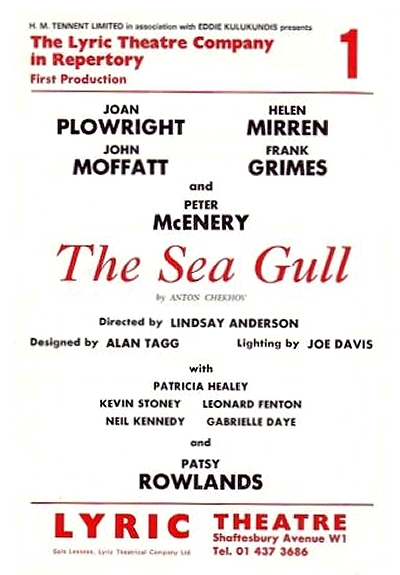 Somewhere in the Russian country, about 1900. Medvedenko (Neil Kennedy), a schoolteacher, is in love with Masha (Patsy Rowlands), the daughter of Shamrayev (Leonard Fenton) who is the Manager of Sorin's estate. But Masha is in love with Konstantin (Frank Grimes), the son of Sorin's sister Arkadina (Joan Plowright), a celebrated actress. He is in love with Nina (Helen Mirren), an aspiring actess who lives across the lake near the estate. He suffers from the humiliation of his mother who is more interested in the writer Trigorin (Peter McEnery) than in him.
Cast: Joan Plowright (Irena Arkadina), Helen Mirren (Nina Zaryechnaia), Neil Kennedy (Semion Medviedenko), Patricia Healey (Masha), John Moffatt (Petya Sorin), Frank Grimes (Konstantin), Paul Arlington (Yakov), Patsy Rowlands (Paulina Shamrayeva), Kevin Stoney (Dorn), Leonard Fenton (Shamrayev), Peter McEnery (Boris Trigorin), Gabrielle Daye (Cook), Eileen Waugh (Housemaid) 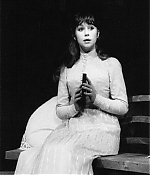 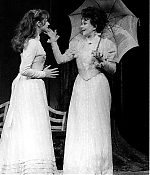 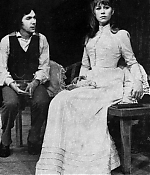 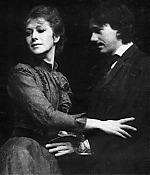 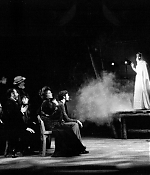 After her appearance in “Macbeth”, Helen was approached by Lindsay Anderson to join the Lyric Theatre Company for a season to perform two plays – “The Seagull and “The Bed Before Yesterday”. Having worked with Anderson before on the 1973 film “O Lucky Man!”, Mirren liked the idea of the contradiction in the choice of the two plays. She writes in her autobiography, “I had a funny relationship with Lindsay. We seemed to be old friends from the moment we met, able to tease one another and loving each other, or at least I loved him. He had this effect on many people and I felt privileged to be accepted by him.

I heard [Nina] was a good role, but I hadn’t actually read the play when we started rehearsals. I always find plays and scripts very difficult to read; I can never understand who is who or where they are supposed to be. Lindsay thought we should spend a week reading and deconstructing the play before rehearsals began, so we met in Joan [Plowright]’s lovely London flat. We read the first act and discussed it at length. We read the second act and discussed it. During the discussion I said innocently, ‘Gosh, I wonder if Nina an Trigorin have an affair.’ Joan turned her blackberry eyes in horror upon me. ‘Have you read the play, Helen?’ Consummate professional that she was, and married to the greatest living actor, she must have thought that the younger generation was going to the dogs. She had a point. (Helen Mirren, In the Frame: My Life in Words and Pictures)

In his review for The Montreal Gazette, Gregory Jensen describes the play as a “a careful and precise revival, fine but not memorable. Director Lindsay Anderson provided a thoughtful adaptation, but the company is perhaps too new for the finely-tuned ensemble playing demanded by Chekhov”. Benedict Nightingale drew similarities to Mirren’s Maggie in “Teeth ‘n’ Smiles” in his review: “As Ms Mirren played them, the two women didnât come from separate species… When her Nina reappeared in Act Four, she gave the impression not of a badly wilted flower but of a plant that had grown hardier with time.” Robert Cushman’s review in The Observer made the same point: “Miss Mirren… begins almost as Alice in Wonderland, and is superbly unabashed about it. But along with Aliceâs wide-eyed hero-worship goes Aliceâs instinctive practicality. There is nothing distracted about her final scene; the famous antiphony (I’m a seagull, no, I’m an actress) becomes a balancing of possibilities and there is no doubt that the second will win. She is not going to become a thing in anyoneâs dream. The part, though Miss Mirren finds a totally different style for it, is analogous to her rock singer in TeethânâSmiles, both doomed in theory, both survivors in fact.”

1976   Variety Club Award as Stage Actress of the Year (Winner)

The Seagull is being listed under the following tags: Anton Chekov, The Lyric Theatre, Year 1975
Back to previous page
Advertisment