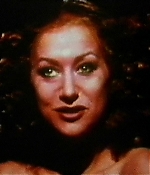 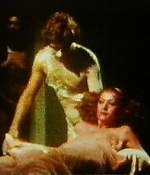 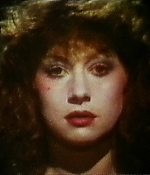 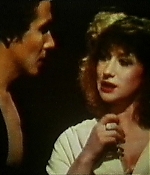 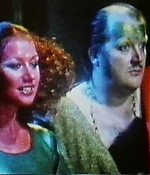 Celestino Coronadoâs production of Hamlet is not your typical Shakespearean play turned film. He turned a classical story of madness and murder into a modern version that shows those very elements on screen. With a cast that includes Helen Mirren, Coronado morphed Hamlet into one hour for a film that is mad itself. This film has a couple of negative elements. We can see one negative element when the film begins. It begins with Anthony and David Meyer, twins who played Hamlet and his fatherâs ghost. Anthony Meyer, as Hamlet, is seen lying on a slab, covered in a white sheet. All of a sudden, David Meyer appears at the head of Anthonyâs bed as Hamletâs fatherâs ghost, completely nude. This concept is not one you would think when thinking about the appearance of Hamletâs fatherâs ghost. David approaches Anthony and delivers his âmurder most foulâ lines. As David finishes the scene, he removes the sheet from Anthony to reveal that he is completely nude as well. I believe that this scene would have still been powerful enough and would have still portrayed the ghostâs anger enough had the actors not shown full-frontal nudity. Another negative aspect of the movie is its set and visual effects. There are hardly any sets or props in the film, apart from the scene containing the performance of Hamletâs play âMousetrapâ and the beds that Anthony and Helen Mirren, who plays both Gertrude and Ophelia, lie on. Also, the film contains a lot of visual effects. Color fading is used in many scenes, including one where Helen Mirren, playing Gertrude, turns blue. Pictures were crossed over each other, making the viewer think he is seeing double. The scenes even jump from one to the other, making the scenes have no cohesiveness. It is hard to follow the story line, even for someone who has read Hamlet for several years.

Celestino Coronado does have one positive aspect which made a huge impact on the film. He cast both David and Anthony Meyer to play Hamlet and Helen Mirren to play both Gertrude and Ophelia. By having both David and Anthony play the same character, Coronado was able to show Hamletâs anguish with his inner self. The two would be seen on screen at the same time, one as Hamlet the man and the other as his conscience. Hamlet the man, played by Anthony, is dressed in black and David is dressed in white. By casting Helen Mirren as both Gertrude and Ophelia, Coronado shows the Oedipus complex that Hamlet has with his mother and his love for Ophelia. In Hamlet, both are forbidden relationships and it seems that having Helen Mirren play both ties the two characters together. Celestino Coronadoâs Hamlet is modern in every sense of the word, even though it was filmed in 1976. It may not have todayâs special effects teams and big budgets but it did make up for that in the positive choices that Coronado made in directing the movie. âThe Naked Hamletâ may not be for everybody but it is an interesting and thought-provoking take on Shakespeareâs play.

There’s no proper way to describe this version of “Hamlet”. It’s so bizarre and odd that it leaves you speechless. “Hamlet” never released theatrically despite a running at the London Film Festival and a very limited engagement, and it doesn’t really surprise you because it looks like it was made for 20 pounds in the director’s garage. There’s no set or props or anything except for unexplained nudity and orgy scenes (not to compare or confuse with Caligula). Helen plays both Ophelia – who looks like a Bollywood princess on crack – and Gertrude – wearing a surgical gown. If there’s a reason for, I missed it. These are 65 minutes of your life that no one will give you back. Only recommended if you’re on a force to see everything Helen has ever done. This one she could have easily skipped herself.

Hamlet is being listed under the following tags: Experimental, William Shakespeare, Year 1977
Back to previous page
Advertisment