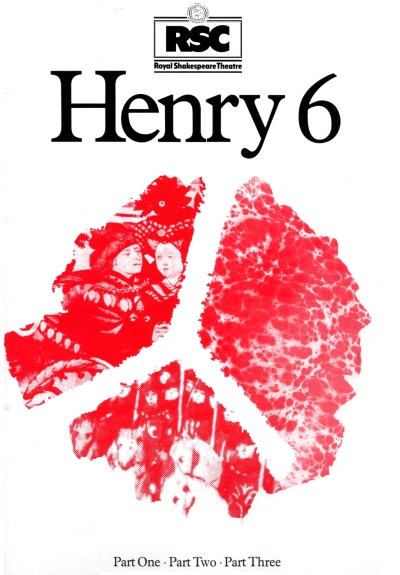 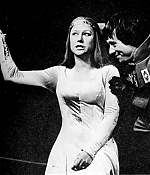 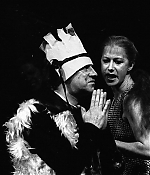 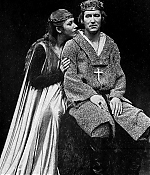 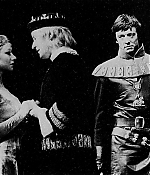 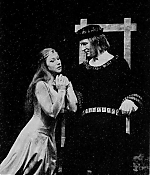 The critics praised the RCS’s marathon performance of all three parts of “Henry VI.” George Anderson wrote for the Post-Gazette (June 6, 1978): “The Royal Shakespeare Company, besides staging the festival at Stratford-upon-Avon, mounts a repertory season at the Aldwych Theater in London’s Covent Garden section. The current bold idea is to perform consecutively “Henry V” and “Henry VI, Parts I, II and III” with the same hard-working company. Director Terry Hands does not shrink from the stormy violence of it all, setting his actors to hacking at each other hazardously with sword and mace. And the emotional pitch such combat requires is also thunderously maintained in this sweeping pageant of power and passion. Alan Howard plays the title role in a passively bemused manner somehow suggestive of both Peter O’Toole and Stan Laurel. The large, skillful company is uniformely impressive, espcially Emrys James, Helen Mirren, Peter McEnery, Juliane Glover and James Laurenseon. The production compares favorably with the best Shakespearan theater I’ve ever seen.

Doing Shakespeare at Stratford was a real learning curve. Itâs a barn of a theatre and therefore very vocally demanding. Obviously youâre dealing with the verse and arcane language â trying to make it modern and understandable to the audience. It wasnât until I got into âthe Henriesâ â Henry V parts one, two and three â that I realised I had a voice and a bit of technique. It no longer felt like I was riding a horse and just trying to hold on without falling off. Part of our job (as actors) is to make it look easy. Itâs unfair in a way, because it isnât. Itâs actually very difficult. A huge amount of technique has gone into a successful performance on stage, but youâve got to make it look natural. (Helen Mirren, June 2013)

Henry VI is being listed under the following tags: The Royal Shakespeare Company, William Shakespeare, Year 1977
Back to previous page
Advertisment