Previous
Next
Directed by: William Hale | Written by: James Costigan 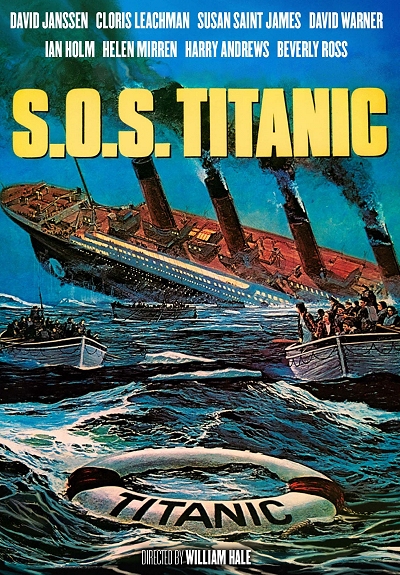 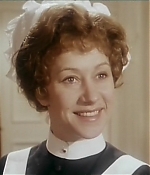 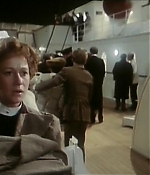 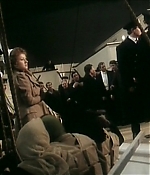 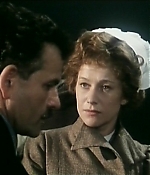 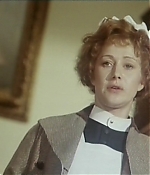 The saga of the Titanic has captured the world’s imagination for almost a century. Its story of greed, loss and survival remains as fascinating today as it did on that fateful, moonless night in April, 1912. “S.O.S. Titanic” was conceived as a joint venture between ABC TV and the British company EMI. The idea behind the $7,000,000 production was to revisit the idea behind “A Night To Remember” (Roy Ward Baker’s 1958 adaptation of the story), but show the whole voyage from the departure in Southampton to the rescue aboard the Carpathia. The movie doesnt focus on any one plotline, but bounces around from the Astors in First Class, to Lawrence Beesley in Second Class to various passengers in Third Class with assorted composites thrown in. Several of the scenes on the exterior decks, as well as those in the ship’s wheelhouse, were filmed on board the inert RMS Queen Mary in Long Beach, California. Some interior scenes were filmed at the Waldorf and Adelphi hotels in London and Liverpool, respectively. The town of Peel on the Isle of Man served as the Queenstown backdrop. Some external shots were filmed aboard, and of, the TSS Manxman which also appears as the RMS Carpathia in some of the opening sequences.

“S.O.S Titanic” was originally shown on two nights on ABC television beginning on September 23, 1979. Combined, the two parts ran 150 minutes. In 1980, the film was edited to 103 minutes and released theatrically in Europe. The following VHS and DVD releases were cut even more, resulting in many storylines being either shorten or cut.

Just like its famous successor, “S.O.S Titanic” spends much time on the passengers on the ship before it dedicates all action to its sinking. The formular works, because you have plenty of time to get to know all characters. In this case, there are many. Included are both the historical figures like the unsinkable Molly Brown as well as fictional ones. Before I say more I might acknowledge that I’ve only seen the edited television version which has trimmed a good 40 minutes from its original two-part release. Therefore, I felt that some plotlines fall short and some characters get introduced, but don’t play a big part of the story. Unfortunately, Helen Mirren is one of them. She plays the real-life First Class stewardess Mary Sloan and has two scenes in the beginning of the film, in which she’s in conversation with either passangers or colleagues. But after that, her character almost vanishes and adds nothing to the story. You can see her standing around or helping with lifejackes a couple of times, but that’s about it. Following her character also shows some of the bad editing of the shortened tv version. In one scene she’s standing on deck, helping passengers into the boats, but right in the next scene she’s already aboard looking for passengers and talking to architect Thomas Andrews. I’m not sure if many of her scenes were edited from the original broadcast, but it would explain why her performance and those of other actors fall so short. Still, I found this version entertaining to watch, it’s not as spectacular as James Cameron’s film but certainly well done for its time.

S.O.S. Titanic is being listed under the following tags: Drama, Inspired by True Events, Year 1979
Back to previous page
Advertisment