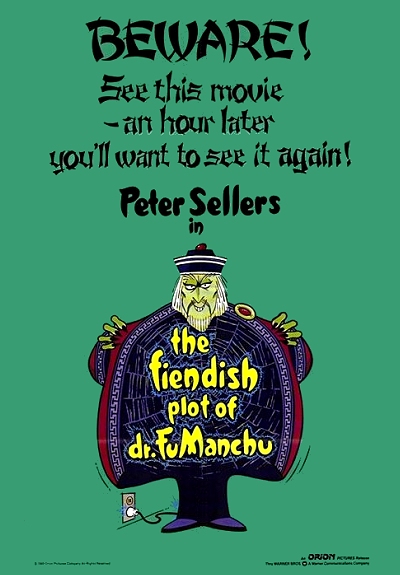 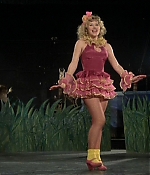 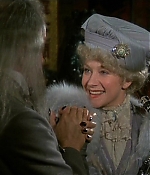 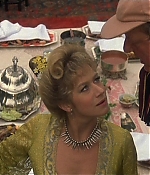 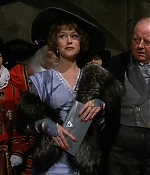 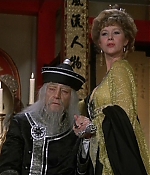 Peter Sellers’ last film was troublesome before filming started, with two directors – Richard Quine and John Avildsen – both fired before the script had been completed. Arguments between Sellers and director Piers Haggard led to Haggard’s firing at Sellers’s instigation and Sellers took over direction, using his long-time friend David Lodge to direct some sequences. For Sellers, who died a few weeks before its theatrical release, “Dr. Fu Manchu” was “dissatisfying”. And also Helen Mirren, who was asked to play his girlfriend – an undercover constable posing as the Queen – remembers the filming as difficult. As she told People Magazine in 1980, “[Peter] looked gray, but I attributed this to working hard. He was an insomniac and took too many pills, but you couldn’t take him in hand. All you could do was have fun with him and be there when he needed you.” And the aftermath of the film wasn’t much better, as written in Helen’s biography:

At the end of the shoot the ever-generous Peter gave me a lovely watch with the names of our characters inscribed on the back. ‘To Alice from Mayland’. Wearing it on my wrist while traveling back from Paris , this watch caused me to be arrested for smuggling and questioned for over five hours at the airport. I’d had no idea that the watch was solid gold. To escape jail time I had to pay virtually my entire salary in Customs duty. I shall never forget or forgive the bully who threatened, accused and questioned me at the airport. Later, at Stratford, this watch was stolen from my dressing room, just like the lovely gold chain given to me by James Mason.

The film released US theaters in August and was universally panned by critics. Phil Hardy described the film as a “British atrocity”. Sellers’s ill health and tiredness are clearly visible throughout the film and affected his portrayal of Nayland-Smith, who in comparison to past detectives such as Clouseau, he portrays in a very subdued and quiet fashion. Orange Coast Magazine wrote “Peter Seller’s last hurrah isn’t nearly as impressive as his recent Being There. Even in the dual roles … detective and the devious 168-year- old Fu Manchu, he musters only an occasional bright moment. Tom Shales of The Washington Post described the film as “an indefensibly inept comedy”, adding that “it is hard to name another good actor who ever made so many bad movies as Sellers, a comedian of great gifts but ferociously faulty judgment. At least, Mirren was called a “heaven-sent breeze” by the New York Times.

Some films are so bad they’re good again, others are just plain bad. “The Fiendish Plot of Dr. Fu Manchu” makes you wonder why it has been made in the first place. For Peter Sellers, this legendary comedian, it’s a disappointing last film – long forgotten thanks to his much better work. The film doesn’t serve for anyone else either. Helen Mirren’s girlfriend part is wasted as she shows up and disappears without mention. Her performance as the Queen might give you some chuckles, knowing that she would play the same part some twenty years later to much greater acclaim. But there isn’t much to do for her than looking good (which she does!) It’s a forgettable film that couldn’t have been better (or worse) no matter how hard they would have tried.

The Fiendish Plot of Dr. Fu Manchu is being listed under the following tags: Comedy, Year 1980
Back to previous page
Advertisment