Previous
Next
Directed by: John McKenzie | Written by: Barrie Keefe 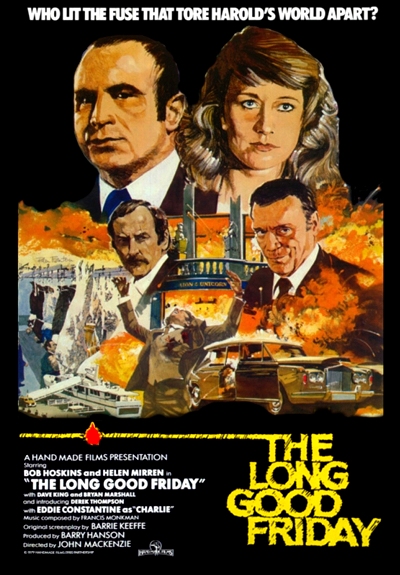 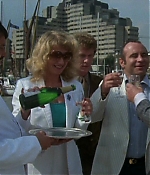 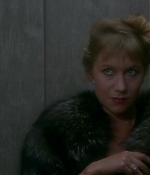 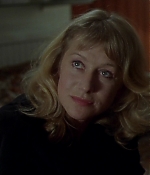 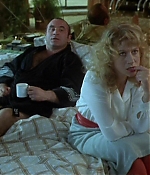 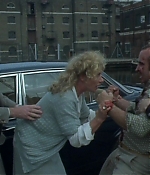 It might not have quite the iconic value of “Get Carter” or the brash energy of “Lock, Stock and Two Smoking Barrels”, but for many The Long Good Friday represents the high-water mark of the British gangster film, its reputation resting not just on a startling central performance from Bob Hoskins, but on its near-prophetic illustration of emerging 1980s values. For while Hoskins’ Harold Shand’s gangland empire is recognisably in the mould of the notorious Kray brothers’ 1960s reign, his brand of ruthless, thrusting capitalism makes him an archetype, albeit an exaggerated one, for the Thatcher government’s enthusiastic sponsorship of individual enterprise (in a bid for legitimacy, Shand calls his domain the Corporation). This parallel is reinforced by Harold’s choice of London’s then still largely derelict Docklands area for his ambitious business project – anticipating the massive investment that transformed that region during the 1980s.

Harold is a truly monstrous figure: a corrupt political player with senior policemen and politicians on his payroll, a brutal overlord who responds to the unknown threat to his empire – in one of the film’s most memorable scenes – by suspending rival gang bosses upside down on meathooks in an abbatoir, and who, faced with the betrayal of right-hand man (and surrogate son) Jeff, enacts revenge with ferocious violence. Yet in his fall, thanks to Hoskins’ flawless playing, he becomes almost a tragic ‘great man’ of Shakespearean proportions. The increasingly wanton destruction enveloping him leaves him panicked and bewildered, and in the tender moments he shares with girlfriend Victoria we see a vulnerable, reduced and strangely pitiable Harold.

It was one of those scripts that just leapt off the page at you, where you went âGod! This is just fantastic!â The one thing that was a problem, was my character Victoria, who was a terrible character, as written. I became a real thorn in the side of our director, John Mackenzie, in trying to flesh her out. But Bob Hoskins was incredibly supportive, which was great. He was completely supportive, into it, a lot of actors would be resitent. The rest of the film was always fantastic.So I was constantly trying to pull the character into the story. Iâm glad that I made such a fuss about it, because I think it enriched the film. Youâve got to have something you can hold your head up about later on in life. But I was a bit of a pain for John, I think. (Helen Mirren, 2006)

As Victoria, Helen Mirren is every inch Hoskins’ equal, transforming the passive gangster’s moll of genre convention into a genuine power behind the throne – a tough, shrewd negotiator with equal and absolute commitment to the cause, whose ingenuity and resourcefulness crucially balance Harold’s ruthlessness and discipline. Originally funded by Lew Grade’s Black Lion Films, The Long Good Friday fell into the lap of Handmade Films when Grade, who had taken exception to the IRA plotline, ordered his own re-cut for television, which added up to what producer Barry Hanson called “about 75 minutes of film that was literal nonsense”. Handmade’s outlay was some Â£200,000 less than the film’s production cost, an investment that was handsomely repaid.

Upon its release, The New York Times wrote: “For all his skill with action and atmosphere, Mr. Mackenzie isn’t nearly as good at holding the plot together, or even at keeping the audience abreast of what’s going on. Even after its intrigue has been explained, the movie has no shortage of loose ends. But that isn’t the major drawback it sounds like. “The Long Good Friday” has a lot to recommend it, chiefly in the fine performances of Bob Hoskins, as an underworld kingpin, and Helen Mirren as his very shrewd, curiously admirable partner in crime. Roger Ebert called the film “masterful and very tough piece of filmmaking. Bob Hoskins received a 1982 BAFTA Award nomination for his performance.

“The Long Good Friday” is one of my favorite “classics” and one of the few of its genre I don’t get tired watching. The film stands with Bob Hoskins’ outstanding full, foul-mouthed portrayal, which remains just as memorable as the film itself. As I’m writing this after Bob Hoskins’ passing, Entertainment Weekly has perfectly summed up his character and the power of the film: “Hoskins lets us know Shand is a man caught in a bear trap and keen to escape through guile, but also willing to chew off his own leg if thatâs what it takes. Along the way, the actor also convinces us that Shand would actually be capable of wooing Helen Mirrenâs upper-crust moll Victoria â which, given this is late â70s Helen Mirren weâre talking about, is no small achievement”. Helen is equally good as Victoria, and the word equal is used with meaning. Her character unfolds through multiple watching. Victoria is certainly not the regular gangster film’s bimbo, she’s also not just the brave woman standing beside her man, her character is equal. She provides Howard with strength and calmness, and guides him in his decisions. Of course, the role is still a supporting turn and not as menacing as Hoskins’ character, but after doing Shakespeare on television for most of the 1970’s (and if we can forget Caligula), this is Helen’s first major part as an adult in a big British film, which, despite its comparisons to other classics, has become one of the best British gangster films of its time. Highly recommended.

The Long Good Friday is being listed under the following tags: Thriller, Year 1980
Back to previous page
Advertisment