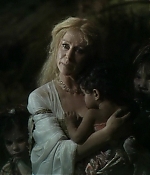 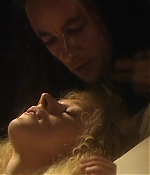 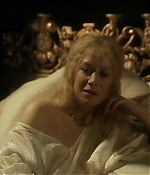 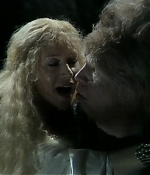 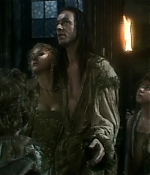 Four years after the first collaboration on “As You Like It”, Helen Mirren reteamed with the BBC Shakespeare Collection for “A Midsummer Night’s Dream”. After her 1964 debut at the The National Youth Theatre, playing Helena, and Peter Hall’s 1968 screen adaptation, in which she played Hermia, Helen now plays the role of Titania. The BBC Television Shakespeare adaptation was directed by Elijah Moshinsky and broadcast on 13 December 1981 in a dark-hued, somewhat claustrophobic and vaguely menacing production very strongly influenced by seventeenth-century Dutch painting, starring Nigel Davenport, Mirren, Robert Lindsay, Brian Glover and Phil Daniels. A few days earlier, on 10 December, the accompanying Shakespeare in Perspective documentary was presented by Roy Strong. A year later, Helen would join the BBC for a third Shakespeare collaboration – Cymbeline.

As usual with Shakespeare adapatations, I lack the knowledge to say if it’s well done, or faithful to the material. This adaptation looks completely different than Peter Hall’s 1968 film adaptation and – in comparison – it’s interesting to see how the roles are performed differently by the actors – there’s no comparison between Judi Dench’s Titania and Helen Mirren’s Titania. This adaptation looks quite moody and has an interesting style. It would be unfair to critizise it’s rather low-budget look since this is not the kind of film to consume a big budget. The acting ranges from good to odd, with Helen ranging in the latter category. She doesn’t have many scenes, but plays them powerful and focused, so I’d recommend this to everyone interested and not interested in Shakespeare for Helen’s memorable performance.

A Midsummer Night’s Dream is being listed under the following tags: Adapted from a Play, Comedy, William Shakespeare, Year 1981
Back to previous page
Advertisment