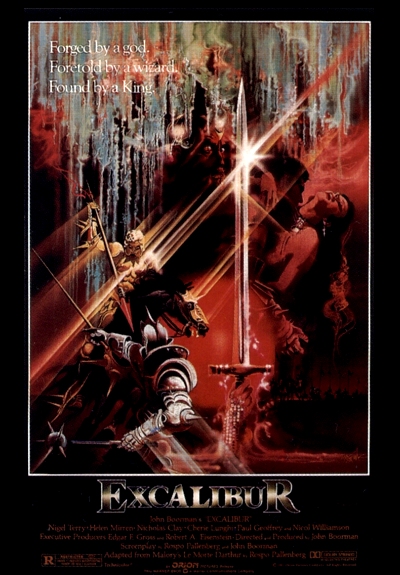 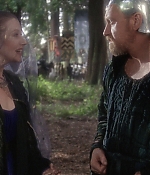 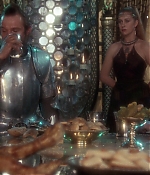 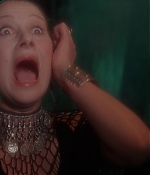 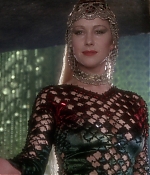 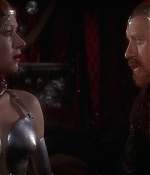 In the late 1970s and early 1980s, distributors and financiers were eager to cash-in on the fantasy cinema boom heralded by the Star Wars franchise and its injection of finance into British studios, producing a wave of sword-and-sorcery films such as Hawk the Slayer and Krull. Unlike its contemporaries, however, Excalibur transcends its generic trappings by harnessing the structure of myth, the source template of the fantasy formula. The Grail quest narrative was already a hallmark of director John Boorman’s work, emerging as early as his BBC TV drama, The Quarry, which followed an artist called Arthur King. Excalibur would mark the culmination both of this fascination, and of his fantasy film work that had begun a decade earlier with an unfilmed adaptation of the Lord of the Rings, taking in Zardoz (1974) and a maligned sequel, Exorcist II: The Heretic (US, 1977), along the way.

With its fantastical sets and striking costume design – particularly the radiant armour – Excalibur constructs a shimmering mythological realm adrift from any specific historical era, yet this is unmistakably an ancient England, drenched in the kind of mud and blood that evokes Monty Python and the Holy Grail, an impression reinforced by Nicol Williamson’s almost absurdist performance as Merlin. Overall, though, the treatment is gritty and serious in intent (verging on portentousness) as illustrated by the calibre of the cast, many of whom – such as Nigel Terry, Liam Neeson and, arguably, Helen Mirren – were then better known for their work in the theatre.

That one didnât leap off the page. It was quite difficult to follow and I think it was very much to John Boormanâs credit that he crafted this very magical world out of what could have been a real mess! Some of those scenes when we read them during rehearsal sounded absolutely embarrassing! We were all like âMy God, how can we say these lines?â But with all the other elements, it all started falling into place, especially the lighting and the beauty of the film. (Helen Mirren, Venice Magazine, April 2006)

Boorman’s insistence on condensing the entirety of Arthur’s life into the film upset some Arthurian scholars, who were particularly frustrated by screenwriter Rospo Pallenberg’s poetic licence with some of the story’s traditional elements. Excalibur subverts Star Wars’ quasi-Oedipal themes of intergenerational conflict by portraying rape as both a primordial magical weapon and a curse upon a king’s dynasty. In a departure from his source, Thomas Malory’s Le Morte D’Arthur, Pallenberg has Arthur’s malevolent half-sister, Morgana, using enchantment to dupe her brother into fathering the son, Mordred, who will becomes his nemesis. This distortion, and the dwelling on Guinevere’s betrayal with Lancelot, exposes the film to accusations of misogyny, but Excalibur remains perhaps the most successful and convincing screen rendering of Arthurian mythology. Helen Mirren and Nicol Williamson were initially reluctant to work with each other, as they had both been in a disastrous production of “Macbeth” and were not on speaking terms.

Nicol Williamson and I had done a production of MacBeth prior to that, and our relationship was horrendous. Nicol is a very brilliant, but very dark, troubled man. He has so much talent in so many different directions, but he justâ¦he couldnât bear me, and was very nasty to me. I donât think I was nasty to him at all, but he just hated me. When I went to see John about the film, he said âIâm thinking about Nicol for Merlin,â I said I didnât think I could do it then, because we had this horrible relationship. John convinced me that he would help to make it work, and of course, being greedy and wanting the role, I said âFuck it. Iâll just put up with it.â In fact, Nicol and I wound up becoming very good friends on it! We were finally free of that play, and Iâm sure the play had a lot to do with it. So I finished up loving him. (Helen Mirren, Venice Magazine, April 2006)

“Excalibur” was nominated for the Golden Palm at the 1982 Cannes Film Festival. Critics were left unimpressed upon the film’s theatrical release “Mr. Boorman takes these myths very seriously, but he has used them with a pretentiousness that obscures his vision. Except for the performances of Nicol Williamson, who plays Merlin the magician with a fine mixture of con-artistry and the detachment of a truly wise man, and Helen Mirren, as Arthur’s wonderfully wicked half sister, Morgana, the movie seems to be a beautiful, uninhabited, primeval forest. That’s not to say that the film isn’t well stocked with actors – featured players and extras – but that they are as invisible as ghosts. Nothing really registers,” wrote the New York Times. In her review in The New Yorker, Pauline Kael said the film had its own “crazy integrity”, a dding that the imagery was “impassioned” with a “hypnotic quality”. According to her, the dialogue, however, was “near-atrocious”. She concluded by saying that “Excalibur is all images flashing by… We miss the dramatic intensity that we expect the stories to have, but there’s always something to look at.” However, “Exalibur” received an Academy Award nomination for Best Cinematography. The film further marked the motion picture debuts of Gabriel Byrne, Liam Neeson, CiarÃ¡n Hinds and Cherie Lunghi.

Consider “Excalibur” a personal favorite of mine. It’s a classic tale with grand images, great scenes, a wonderful score and an outstanding ensemble of gifted actors, relevant to this day. While the story of King Arthur and the knights of the Round Table, as well as the battle scenes are a standout, the soul of the film are the scenes with Nicol Williamson and Helen Mirren as Merlin and Morgana. Mirren is especially entertaining as the mischievous, budding sorceress, and a feast for the eyes. Although “Excalibur” is well over 30 years old and looks and sounds dated – and has been outdated by a great deal of other films (The Lord of the Rings just being one example), it still holds up to me and feels entertaining and exciting whenever I get the chance to watch it. Very recommended.

Excalibur is being listed under the following tags: Fantasy, History, Medeaval Age, Year 1981
Back to previous page
Advertisment