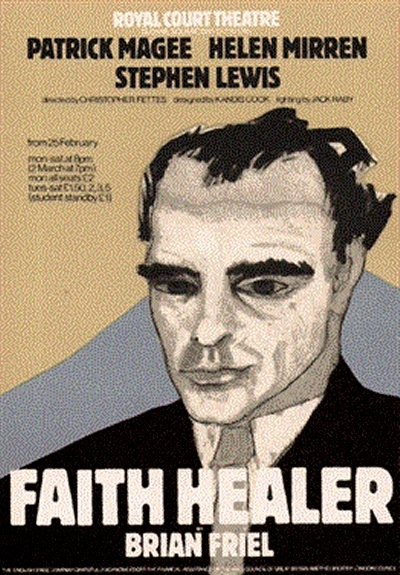 "Faith Healer" is a play by Brian Friel about the life of faith healer Francis Hardy as monologued through the shifting memories of Hardy, his wife, Grace (Helen Mirren), and stage manager, Teddy. The play consists of four parts, with a monologue making up each part. The monologues tell the story of the faith healer himself, including an incident in a Welsh village in which he cures ten people. Teddy's monologue reveals that Grace Hardy commits suicide, while Frank ponders whether his gift is for real or not.
Cast: Helen Mirren (Grace), Patrick Magee (Frank), Stephen Lewis (Teddy) 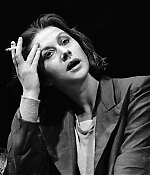