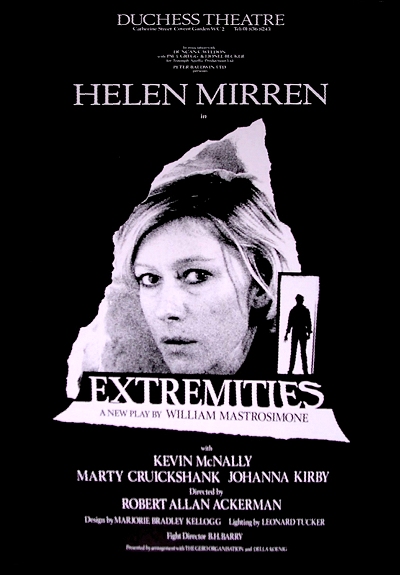 A young woman, Marjorie (Helen Mirren), is attacked in her home by a would-be rapist, Raul (Kevin McNally), and manages to turn the tables on him, tying him up in her fireplace. Her roommates come home to discover the attacker bound. Terry (Marty Cruickshank) and Patricia (Johanna Kirby), express different points of view about rape in society. Terry, a rape victim herself as a teenager, believes that Raul will not be convicted since a rape did not actually occur and there is no proof. Patricia believes in the judicial system and insists on calling the police.
Cast: Helen Mirren (Marjorie), Kevin McNally (Raul), Marty Cruickshank (Terry), Johanna Kirby (Patricia) 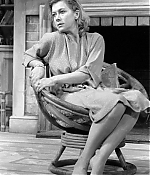 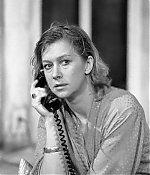 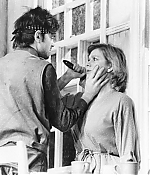 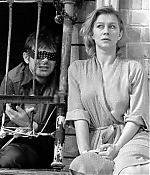 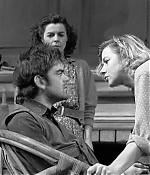 Sexual assault rears its ugly head in William Mastrosimone’s taut, violent “Extremities”. What begins as a lazy day in the old New Jersey farmhouse Marjorie shares with two female roomates turns nightmarish when a stranger, Raul, shows up at the door when she’s alone. Under the pretext of looking for a friend, he enters the house, rips out the phone wire, latches onto Marjorie’s hair, pulls her down, mounts her, and forces a pillow over her face. As Raul proceeds to rape her, Marjorie manages to grab an aerosol can and spray insecticide in his face. Struggling to escape, she yanks an extension cord from the socket, loops it around her tormentor’s neck and pulls. She then drags him to the fireplace, pokes him with a poker, douses him with ammonia, and brandishes a match. “I started a graveyard near the woods for the animals that get killed up on the highway”, she says. “This time I dig deeper… I want to hear you scream under the dirt, like me under the pillow”.

William Mastrosimone writes in an afterword of the Acting Edition of “Extremities” that the idea for the play came from a real-life rape case in which the culprit escaped punishment while the victim “quit her job, lost her pension and bought a one-way ticket to the opposite coast.” The playwright releates that for two years producers rejected his controversial drama. In July 1980, “Extremities” was presented by Rutgers Theatre Company and tranfered to New York’s Westside Arts Center, with Susan Sarandon in the title role. Helen Mirren portrayed Marjorie at London’s Duchess Theatre, where the play opened on November 26, 1984, advertised as “unsuitable for children”. That production received both positive and negativ reviews. Milton Schulman applauded “a powerful and disturbing thriller” and opined that “if the events themselves are melodramatic and far-fetched, nevertheless the moral dilemma is pertinent and stark”. Michael Billington found it “a vigorous melodrama on a deeply serious theme: the dilemma faced by women who are victims of sexual violence. Undeniably the play is lurid, violent and shocking; but then so is rape.”

Extremities is being listed under the following tags: The Duchess Theatre, William Mastrosimone, Year 1984
Back to previous page
Advertisment