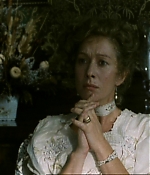 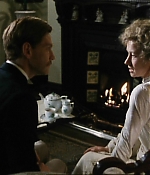 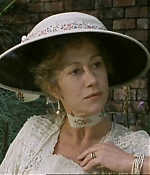 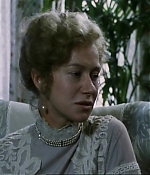 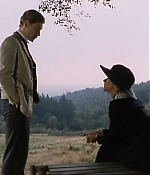 Kenneth Brannagh and Helen Mirren star in “Coming Through”, which tells the story of one of the great love affairs of the twentieth century and one of the major scandals. Frieda von Richthofen was born in 1879 in Metz. In 1899, she married a British philologist and professor of modern languages, Ernest Weekley, with whom she had three children. They settled in Nottingham, where Ernest worked at the university. During her marriage to Weekley she started to translate pieces of German literature, mainly fairy tales, into English and took considerable pride in their publication in book form.

In 1912, she met D. H. Lawrence, at the time a former student of her husband. She soon fell in love with him and the pair eloped to Germany, leaving her children behind. During their stay, Lawrence was arrested for spying and, after the intervention of Frieda’s father, the couple walked south, over the Alps to Italy. Following her divorce from Weekley, Frieda and Lawrence married in 1914. They intended to return to the continent, but the outbreak of war kept them in England, where they endured official harassment and censorship. They also struggled with limited resources and D.H. Lawrence’s already frail health. Leaving post-war England at the earliest opportunity, they travelled widely, eventually settling at the Kiowa Ranch near Taos, New Mexico and, in Lawrence’s last years, at the Villa Mirenda, near Scandicci in Tuscany. After her husband’s death in Vence, France in 1930, she returned to Taos to live with her third husband, Angelo Ravagli. Frieda died in 1956.

The Lawrence/von Richthofen affair is often dubbed a scandal of the century. Watching “Coming Through”, you wonder why. The only scandalous thing is how badly underdeveloped its story is. Instead of following their lives and professional achievements, the film choses probably the most boring part – the weeks in which they first met. As their their story as a couple begins, the film ends. Even worse, “Coming Through” is interwoven with a second storyline of an equally boring modern-day couple researching the love affair through Lawrence’s books. It reminds of “The French Lieutenant’s Woman” where the film-in-film story is used to show how society has changed. Here its clearly used to fill the running time because the love story is too short for a feature length film. It’s disappointing to see Brannagh and Mirren in such bland characters. They’re both solid performers here (Mirren sports a nice German accent), and I’m sure thy would have been fantastic if another time span of the characters was shown, but with a weak script and an uninteresting story, even Brannagh and Mirren can’t save “Coming Through”.

Coming Through is being listed under the following tags: Drama, Inspired by True Events, Real-Life Characters, Year 1985
Back to previous page
Advertisment