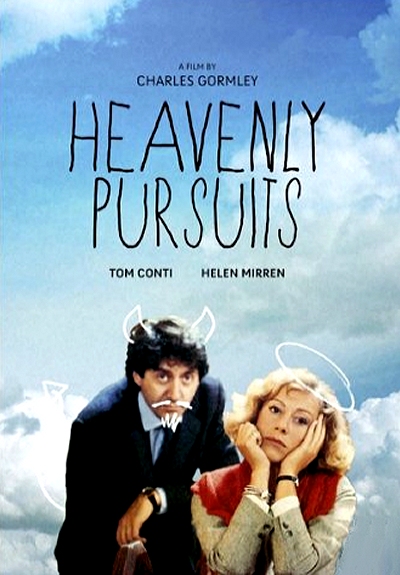 Vic Mathews (Tom Conti) loves two things in life, teaching the remedial class at Glasgow's Blessed Edith Semple School and his beautiful colleague Ruth Chancellor (Helen Mirren). When the school authorities decide to pursue a full canonization of their namesake by the Vatican, they try to discover the two more miracles that are needed to promote the late Edith Semple to sainthood and therefore make their school a special place. Mathews, a non-believer, wishes the school would concentrate on teaching the children. He becomes confused, however, when he is suddenly involved in events that can be only described as miraculous. And so does the press, who starts to beleaguer the school.
Cast: Tom Conti (Vic Mathews), Helen Mirren (Ruth Chancellor), David Hayman (Jeff Jeffries), Brian Pettifer (Father Cobb), Jennifer Black (Sister), Dave Anderson (Headmaster), Moica Brady (Radiologist), Ewen Bremner (Stevie Deans), Tom Busby (Brusse), Juliet Cadzow (Woman Teacher), Doreen Cameron (Nurse), Robert W. Carr (Night Editor) 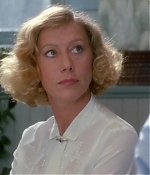 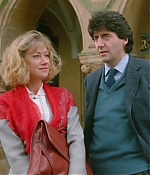 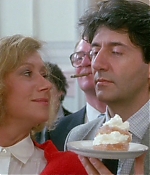 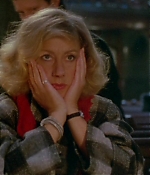 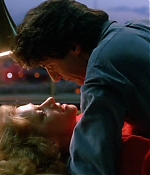 A Roman Catholic school in Glasgow is the setting of Charles Gormleyâs second feature film, “Heavenly Pursuits”, which he both wrote and directed. Inspired by his religious schooling in the city, the film provocatively examines the complex relationship between religion and education. Members of the fictional Blessed Edith Semple School and its affiliated church are on a quest to uncover evidence of divine intervention that will promote their patron, the Blessed Edith, to sainthood. The film opens in the Vatican where Father Cobb (Brian Pettifer) is presenting their case for Blessed Edith to be canonised. After his request is denied, he returns to Glasgow where he leads a procession into the school to inform a gathering crowd of the outcome of his meeting in Rome. Gormleyâs droll script sizzles as the teachers congregate to discuss Father Cobbâs speech, as well as their views on the Blessed Edith. In this scene Gormley calls attention to the diverse opinions held by his characters, and as the narrative progresses and more âmiraclesâ take place, it is the motivations of his characters (church officials, teachers, students, healthcare professions and the media) that is the focus of the film, rather than what or who is behind the supposed miraculous events.

Heavenly Pursuits was filmed entirely on location in Glasgow. The school scenes were filmed in Queenâs Park Secondary School (since demolished), while Glasgow City Chambers, which had doubled as the Kremlin in 1983 for John Schlesingerâs An Englishman Abroad, stood in for the Vatican. After its world-premiere at the Taormina Film Festival in Italy (where it won an Actor Award for Tom Conti), “Heavenly Pursuits” released UK theaters in July 1986 and US theaters in October 1986. For the US release, the title was changed to “Gospel According to Vic”. The comedy received positive reviews upon its theatrical release in the United States. In her review in the Washington Post, Rita Kempley called it “a comedy of marvels great and small, proves a timely answer to a moviegoer’s prayers.” She lauded Tom Conti’s performance with his “perfect timing and rumpled magnetism.” In his review in The New York Times, Walter Goodman singles out Conti’s performance: If there is an actor who can compete with the blessed Tom Conti for quirky charm, bring him on. As Vic, mischief glitters in his soulful eyes; it sneaks through the cracks in his voice and the gaps in his reactions. Even in action, he seems bemused at the oddness of what he is about. Mr. Conti makes Vic a joy to be around, whether he is rousing his class to outbursts of educational hysteria or admiring the way Helen Mirren, the new teacher, fills out a skirt. Miss Mirren fills out her role admirably, too. Her spunky, ironically believing manner plays lightly off Mr. Conti’s baffled skepticism.” Goodman concludes, “Gospel According to Vic may not be a miracle, but it’s definitely a blessing.”

“Heavenly Pursuits” can be called sweet-natured and its meant as a compliment. Tom Conti’s charming performance helms the rather odd story of sainthood and Helen Mirren is affective in breathing fresh air into the romantic subplot. The two actors have chemistry and great timing in both the dialogue scenes as well as the rather goofy bits, such as Vic trying to convince Ruth he’s blessed by having her run over every possible red light on the crowded streets. The rest of the cast is equally good and gives room for a couple of amusing characters and laughs. “Heavenly Pursuits” is one of Helen’s lesser known films, probably because it hasn’t received a DVD release out of the United Kingdom to date. But if you get a chance to watch it, I can recommend it for a rainy day or a moody Sunday.

Heavenly Pursuits is being listed under the following tags: Comedy, Romance, Year 1986
Back to previous page
Advertisment