Previous
Next
Directed by: Geoff Murphy | Written by: Ron Hutchinson
The CIA hears of a KGB scheme to assassinate the Soviet General Secretary and enlists Stoner (Tom Skerrit), an agent retired for 10 years, to go to Russia to investigate. He verifies the plot, but then has trouble leaving the country. In the meantime, the U.S. policy makers struggle over whether or not to inform the Soviets of the plot. Stoner's problems are complicated by the renewal of an affair with Anna (Helen Mirren), a Russian, as he tries to convince her to defect.
Cast: Tom Skerritt (Stoner), Max von Sydow (Szaz), Helen Mirren (Anna), Tom Bell (Tulayev), Neil Dudgeon (Vlasek), Gavan O'Herlihy (Clancy), Barry Corbin (Bentick), Clarke Peters (Jones), Lou Hirsch (Baetz), Kerry Shale (Viktor), David de Keyser (Director), Kenneth Nelson (Senator), Shane Rimmer (General), Boris Isarov (Soviet Advisor), Garrick Hagon (Economist) 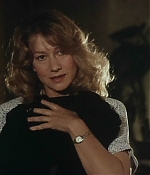 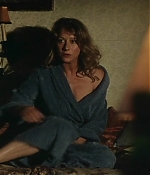 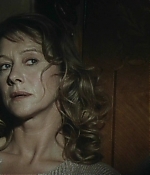 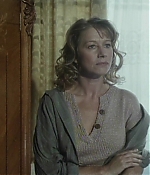 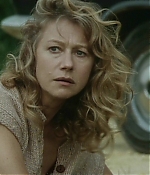 “Red King White Knight” was penned by screenwriter Ron Hutchinson, who won an Emmy Award for writing Murderers Among Us: The Simon Wiesenthal Story, starring Ben Kingsley, a year prior to this. Produced for HBO and directed by Geoff Murphy, “White Knight” starred Tom Skerrit and Max von Sydow, on the heels of his Oscar-nominated performance in the Foreign language winner of 1989, “Pelle the Conquerer”. Upon its US broadcast in November 1989, People Magazine called the film a “gripping cloak-and-dagger thriller. KGB hard-liners, appalled by glasnost, recruit an IRA assassin to kill Gorbachev during a visit to Eastern Europe. Tom Skerritt plays a former CIA agent, a spook spooked by his wife’s tragic death and retired from the Company because of heavy drinking. Chosen for his “deniability,” he is sent behind the Iron Curtain to look into this plot but isn’t given the whole picture. All in all, this is a quality production. Some of the scenes among covert policymakers in Washington are too talky, and the denouement is a little hectic, but Red King, White Knight is still the equal of recent big-screen espionage thrillers like The Package and The Fourth Protocol.” Max von Sydow received a Primetime Emmy Award nomination as Best Supporting Actor for playing Szaz.

If you’re a fan of KGB fiction and conspiracy plots, you’ll enjoy “Red King White Knight”. If not, it may give you a hard time to sit through. Watching it today, the story feels dated and some of the scenes, especially those playing in Washington are boring. But the acting is fine. Both Skerrit and von Sydow are good leading men and believable in their parts. Helen Mirren seemed to be typecast at that time – after “2010” and “White Nights” she’s once again “the Russian woman”, unfortunately there’s not much more to her character. But wait, there’s Tom Bell playing the bad guy Tulayev, so his scenes with Mirren feel like a rehearsal for “Prime Suspect”, which followed two years later. The film may not please many Mirren fans, but it’s worth its time for its good actors.

Red King White Knight is being listed under the following tags: Cold War, Thriller, Year 1989
Back to previous page
Advertisment