Previous
Next
Directed by: Christopher Menaul | Written by: Lynda La Plante
In the early hours of a winter morning DCI John Shefford (John Forgeham) is called to a bedsit in Holborn where the brutally murdered body of a young woman has been discovered by the landlady. While DC Jones interviews her, DS Bill Otley (Tom Bell) hands Shefford a small black diary, which he promptly pockets. The body, identified by Shefford as that of prostitute Della Mornay, is removed. Jane Tennison (Helen Mirren), attached to the same station as Shefford and of equal rank, is certain that she has, once again, been the victim of sexual discrimination. Although available at the first notification of the Della Mornay incident, her supervisors preferred to fish Shefford out of a drinking club rather than call upon her to head a murder enquiry. The body is examined, and blood samples show the man they are looking for has a rare blood group - and there is a suspect in that category on the police computer, George Marlow (John Bowe), recently released from prison after serving a sentence for attempted rape. Shefford and his team set out to charge Marlow in record-breaking time, when Shefford unexpectedly dies of a stroke. It's Tennison's time to apply for his job.
Cast: Helen Mirren (DCI Jane Tennison), Tom Bell (DS Bill Otley), John Benfield (DCS Michael Kernan), John Bowe (George Marlow), ZoÃ« Wanamaker (Moyra Henson), Bryan Pringle (Felix Norman), Tom Wilkinson (Peter Rawlins), John Forgeham (DCI John Shefford), Gary Whelan (DS Terry Amson), Jack Ellis (DI Tony Muddyman), Ralph Fiennes (Michael), Craig Fairbrass (D.I. Frank Burkin), Ian Fitzgibbon (DC Jones), Philip Wright (DC Lillie), Mossie Smith (WPC Maureen Havers), Andrew Tiernan (DC Rosper), Richard Hawley (DC Richard Haskons), Mark Spalding (DC Oakhill), Tom Bowles (DC Avison), Dave Bond (DS Eastel), Seamus O'Neill (DC Caplan) 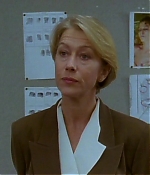 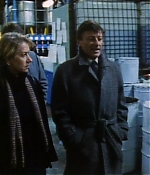 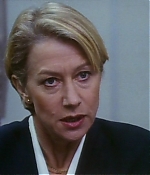 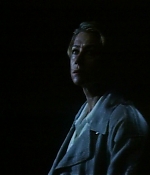 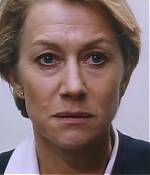 In 1991 Prime Suspect was broadcast on British television to great critical and public acclaim. The production received numerous awards for its writer Lynda La Plante and star Helen Mirren. Prime Suspect’s importance to the development of the police drama series as a genre in Britain is great. By installing a woman as the head of a murder squad, Prime Suspect broke new ground in terms of both gender and the authenticity in the portrayal of the internal dynamics of the police as an organisation. Almost six years earlier, La Plante had brought to the television audience the formidable Dolly Rawlins as the single-minded leader of a group of disparate but gutsy women criminals in her successful television crime drama Widows. With Prime Suspect and the creation of DCI Jane Tennison, La Plante continued to elaborate her predilection for problematic heroines, but this time, her central character is not a criminal but a woman both shaped and defined by her role as an officer of the law.

By being positioned as the head of a murder squad hunting for a sadistic serial killer, Tennison transcends many of the traditions of the British police series. It is interesting to note that La Plante did not put Tennison forward primarily as a woman police officer who does her job the feminine way. La Plante created Prime Suspect after watching reality-TV crime shows. After calling Scotland Yard and learning that there were only a handful of female DCIs, she interviewed one of them, Jackie Moulton, who impressed her so much that La Plante decided to base the plot on her. The fascination of Tennison as a character was the powerful and compelling focus on the internal and external confrontations and contradictions faced by a leading female character who was in most circumstances a police officer first and a woman second.

There was really an assumption that you couldn’t sell a female-driven drama at that time. So the revelation that it would sell and people would watch it in large numbers it was important for women in general, for actresses in general, for women in general. After about a couple of weeks of filming, Lynda gave me a great note. She said ‘stop smiling’. She said, ‘you’re smiling too much’. Even if you’re being tough you smile. You do it through charm or through manipulation. I loved that note. I thought that absolutely right, you use the smile really sparingly. (Helen Mirren, Hollywood Greats, 2007)

Helen Mirren commented on her first outing in the role of Jane Tennison: “I’d describe her as extremely directed, ambitious, talented and very uncompromising. Therefore she is deeply frustrated by her job; the way her sex is a barrier. But she knows how to work the system. This is the first time I’ve played a policewoman, but I wouldn’t say it’s the first time I’ve played a character like her; in fact the character that I have played that is closest to her is Lady MacBeth! Of course she wasn’t on the right side of law and order, but their single-mindedness and their ambition are very strong. I found it fascinating to play a policewoman – it is quite easy for people to view the police as the enemy, alien in their uniforms. Tennison is plain-clothes, but she has the mantle of authority and power.”

Mirren’s performance was widely praised. TV Guide (February 29, 1992) wrote, “Mirren’s though-as-nails Tennison exemplified the exacting personal toll taken on a woman compelled to prove herself in a male-dominated profession. It’s not a pretty picture, nor is the way Mirren allowed herself to be lensed: vanguishing any hint of vanity, she frequently looked like anyonw would look after too much pressure, too many cigarettes and too little sleep”. In Village Voice (January 28, 1992), Amy Taubin wrote, “As played by Mirren, Tennison’s steely intelligence is not only her surest source of pleasure, it’s her best defense against an emotional vulnerability that would turn masochistic if allowed to get out of hand. What makes her such an emphatetic character is that she’s fully capable of messing up – like guiltily lashing out at her father when she misses her birthday celebration or rising roughshod over the anguish of a man who’s just had to identify his daughter’s corpse”. “Prime Suspect” won four BAFTAs in 1992, including for Best Serial Drama and Best Actress.

The “Prime Suspect” series is one of the best shows television had to offer in the last 20 years and the first series is a landmark. The more time passes, the more dated it might feel. A woman in a leading position? Have a look at the many police women that followed – at least on television. There have been police women before Tennison as well, but this character – a masterful portrayal by Mirren – stands out. She’s the one being bullied for being passionate about her work, the one who hides in the locker room for lunch break. The case stands out as well, because its not the basic whodunnit, but the work that leads to a possible conviction. The supporting cast is equally powerful with John Bowe, Zoe Wanamaker and especially Tom Bell. This is not the candy-coded cop drama where it all works out in the end. You feel the struggle, the frustration and, above all, the hierachy, that seems to make it impossible to be measured by work. No need to say that this is Mirren’s best work. Tennison is a role any actress in her late 40s would kill for, and Mirren took the opportunity to create a long-lasting iconic figure for British television. This is as good as it gets.

Prime Suspect is being listed under the following tags: Crime Series, Prime Suspect, Thriller, Year 1991
Back to previous page
Advertisment