Previous
Next
Directed by: Nicholas Hytner | Written by: Alan Bennett 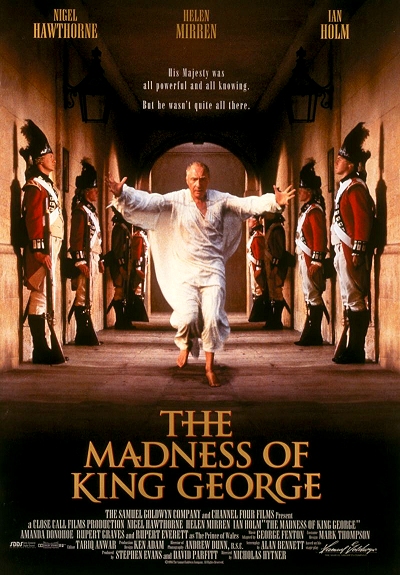 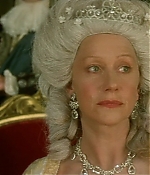 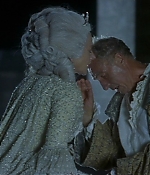 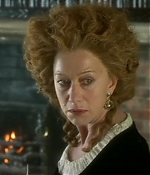 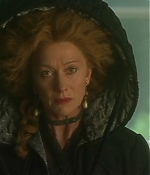 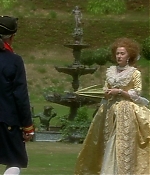 The big screen adaptation of Alan Bennett’s play “The Madness of George III”, Nicholas Hynter’s play is an amusing yet disturbing look at the “mad king who lost America”. In recent years, though, it has become fashionable among historians to put his “madness” down to the physical, genetic blood disorder called porphyria. Its symptoms include aches and pains, as well as blue urine. The theory formed the basis of a long-running play by Alan Bennett, The Madness of George III, which was later adapted for film starring Nigel Hawthorne in the title role. Grandly played by Nigel Hawthorne, who repeats his stage role with a stunningly mercurial display of wit, pathos and fiery emotion, this wily King is a figure to be reckoned with even when his powers decline. It was under the stormy reign of George III (1760-1810) that England’s monarchy lost a substantial degree of its authority to Parliament, while England itself lost the United States (or “the place we mustn’t mention,” as it’s called in the film). As for George himself, he began losing his reason periodically in 1788, when the film takes place, and was deemed quite mad during the last 10 years of his monarchy. Mr. Bennett’s drama finds him at a critical juncture, still in control but well aware of the “catalogue of regal nonconformities” he presents to courtiers and loved ones. For all his comic fireworks, Mr. Hawthorne poignantly captures the King’s understanding that his power may be slipping, that he may not be able to halt that process, and that a long list of adversaries eagerly awaits his decline. With the role of George’s German born wife, Queen Charlotte, Helen Mirren found a theatrical departure from the recent success with “Prime Suspect”.

I knew it was going to be a wonderful project. I love wearing crowns and fancy dresses. You may laugh, but it’s true. I don’t mind if I don’t have any lines as long as I get to wear a crown, you know. I knew it was at least going to be interesting and classy. I’m a great admirer of (scriptwriter) Alan Bennett’s work. I couldn’t turn that down easily, even though on paper the role was not particularly interesting. The success surprised me, but it also reaffirmed something I’ve always believed and say over and over again, which is that the audience is constantly underestimated by the makers of entertainment. There is a substantial market for material that is not obvious. It’s not intellectual, but neither is it simplistic. (Helen Mirren, Salon Magazine, December 30, 1995)

Critics embraced the film from the time of its world-premiere at the Cannes Film Festival, where Helen Mirren won Best Actress for her performance, and a nomination for the London Critics Circle Film Awards. “The Madness of King George” was further nominated for 14 British Academy Awards, winning three – including Best Actor Nigel Hawthorne. In 1995, both Hawhtorne and Mirren received Academy Award nominations, as Best Actor and Best Supporting Actress, respectively. It won the Academy Award for best art direction and Bennett’s screenplay was one of the other nominations.

This one I would have most certainly missed if it wasn’t for Helen. There are few genres that don’t get me excited – costume drama is one of them. When I first watched the film, I couldn’t quite understand the fuss of Mirren’s performance (Oscar nomination, Cannes, Best Actress!) – her role vanishes from the film halfway through and only makes brief returns until the end. But I was fooled, as I witnessed by watching it a second time (and a third as well). With the screentime given, Mirren creates a character so layered, so entertaining (“it was something he ate”) and tragic that it deserved all the recognition. This is a prime example of giving life to character in the most subtle, brilliant way. Of course, she has the best partner – this is Nigel Hawthorne’s film. It’s also the role of his career and he has been just as worthy of receiving the praise and accolades as was Mirren. Besides the great acting – and “Madness” boasts a wonderful acting ensemble – the film has wit, pace and humor. It’s a film that stands the test of time. Very recommended, even if you don’t enjoy costume drama.

The Madness of King George is being listed under the following tags: Adapted from a Play, Biopic, Comedy, Drama, Queens, Real-Life Characters, Year 1994
Back to previous page
Advertisment