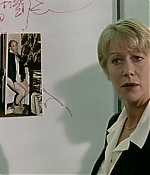 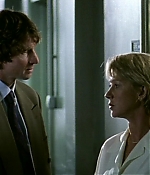 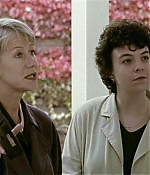 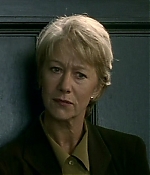 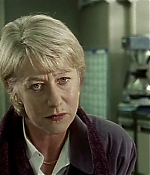 “Inner Circles”, the second episode of series 4 – takes the newly promoted Detective Superintendent Tennison to a very different part of London – an affluent commuter suburb – to investigate a bizarre death. The case exposes the web of fraud, local government corruption and hollow relationships that can lie beneath the respectable veneer of the community. Tennison’s normal beat lies down the shabby streets of Britain’s great cities, investigating crime among the kind of people who don’t play a lot of tennis. Murder, however, turns out to be just as sordid in the suburbs as it is in London and Manchester. What’s more, the green belt has its shabby streets too. It turns out that those streets, just like the inner cities, are full of people who don’t play tennis either. Some of them work, some peddle drugs, some growl about the “solid citizens” who belong to the country club and run the town. Tennison quickly finds that what looks like every slum dweller’s dream of paradise is seething with political conspiracy and personal loathing.

While the time frame worked for “The Lost Child”, “Inner Circles” is one “Prime Suspect” that doesn’t stick with you. It starts very chilling, but as soon as the story moves to the investigation in the country club, you’d rather have Inspector Barnaby do the work than Jane Tennison. The case and the supporting players feel too much out of a soap opera, and all the connections to “inner circles” drag away from the main story. Here, the difference between a miniseries (and if its only two parts) and episodic television becomes very apparent. Still, “Prime Suspect” remains above average, and while “Inner Circles” is among the weaker parts of the series, its still worthwile – if only for Tennison’s last scene.