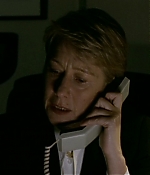 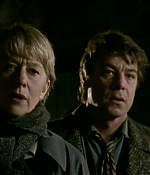 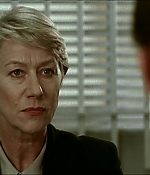 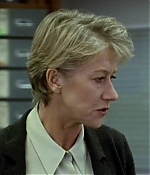 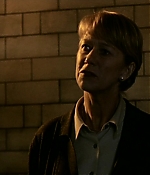 Three different stories are presented in “Prime Suspect 4”, which finds the newly promoted Jane Tennison, now working for the Area Major Investigation Team, assigned to different stations to head up major inquiries. Tennison returns to old territory in London’s Southampton Row station to find herself working against the clock to trace abducted toddler Vicki Covington in “The Lost Child.” For Tennison, the case has special poignancy because she has just had an abortion. And now, as the hunt for the missing toddler intensifies, a ravenous mob of Fleet Street reporters is demanding answers. Tennison meets Patrick Scofield, the criminal psychologist who has been treating the sex offender. There is an immediate rapport between them. Upon its American television broadcast, People Magazine wrote, that “Mirren gives an engrossing, utterly convincing performance as Tennison. Also excellent is Stuart Wilson as a supercilious consulting psychiatrist.” Today wrote, “Tighter and grittier than the other three, this one was jam-packed with so much raw energy and high emotion that by the end of it I felt as drained as Helen Mirren looked…”

“The Lost Child” is the first episode in the series that runs shorter than the usual two parts. In comparison to the two other episodes, “The Lost Child” would have had the potential to be told over the normal miniseries length. It shows Tennison in a very difficult time in her life, delving even deeper into dark human places. In the end – and the ending surprises – this story has no winners, which makes it another “Prime Suspect” that leaves you with a more uncomfortable feeling than other drama series. The acting is superb throughout.

Prime Suspect 4: The Lost Child is being listed under the following tags: Crime Series, Prime Suspect, Thriller, Year 1995
Back to previous page
Advertisment