Previous
Next
Directed by: Sydney Lumet | Written by: Steven Schwartz 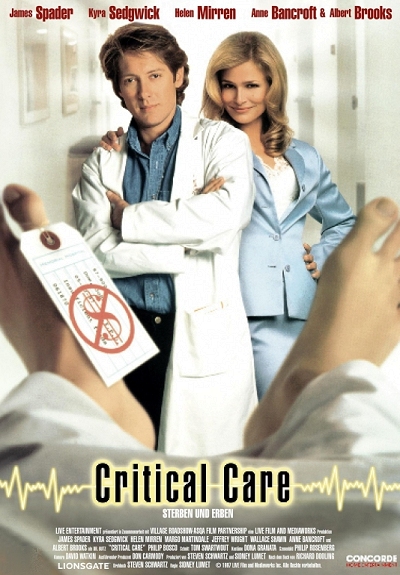 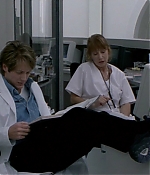 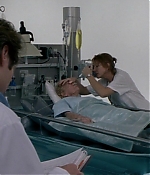 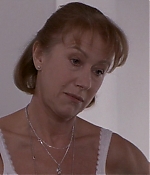 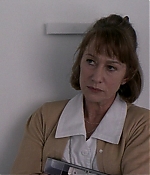 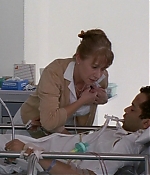 For all the ruthlessness on display, “Critical Care” isn’t an over-the-top satire, but plays its issues close to the bone. Blithely directed by Sidney Lumet, Critical Care takes off on the ways that law, profit, technology, and compassion have combined to create new ethical nightmares in medicine. The film is helmed by James Spader and Keira Sedgwick with supporting roles by Albert Brooks, Anne Bancroft and Helen Mirren. Often named a satire, Lumet called his film a “no-budget black comedy”. For Helen Mirren, it was the first film made in the USA since 1986’s “Mosquito Coast”. In the book “Sydney Lumet: Interviews”, screenwriter Steven Schwartz remembered, that “Helen wrote me, saying ‘Thanks for the words, and especially, for the lack of words.’ Concerned I might misunderstand, she explained that I’d left a great deal unsaid, which allowed her to act, and that a lot of writers say everything and leave nothing for the actor to do.”

“Critical Care” was well received by critics upon its release. The New York Times wrote: “Except for Ms. Sedgwick’s excessively batty Felicia, the performances are juicy and intelligent. Edward Herrmann is especially impressive as a shifty hospital lawyer whose moral universe is a litigious quagmire. His masterly performance conveys several shades of suspicion, snobbery and cynicism all at once. Ms. Mirren is also wonderfully grounded as the intensive care unit’s sensible head nurse, who has seen it all but somehow hasn’t lost her humanity.” Roger Ebert praised Mirren’s performance as well, calling her “wonderful in her quiet scenes with the dying young man.” Entertainment Weekly called it “the sort of clever mainstream comedy that Hollywood used to do more of, and that now arrives as an unexpected pleasure”. Despite the positive reviews, “Critical Care” barely attracted an audience at the box office, grossing only $271,000 of its $12 million budget. Screenwriter Schwartz received an Independent Spirit Award nomination for his script.

I was a bit surprised to find all the critical acclaim for “Critical Care” back in its day, because this is one film I didn’t enjoy at all. Sure, it’s a talky movie which isn’t that bad when it’s done right, but the characters in this one are so horribly one-dimensional that I lost all interest within the first half hour. While Brooks is funny and Spader is a convincing lead, Sedgwick is downright annoying as the “good sister”. As if it was taken right out of a Grimm’s fairy tale, why is the good sister all blonde and pretty while the bad sister (Margo Martindale) is a loud frump? The sets look futuristic (like Sedgwick’s costume) which drag from the film’s tone of being grounded in reality, satire or not. Helen Mirren and Jeffrey Whright are a ray of light in this ensemble, both giving subtle and symphatetic performances as an emphatic nurse and a dying young man. Still, “Cricial Care” is in critical condition throughout its running time.

Critical Care is being listed under the following tags: Comedy, Satire, Year 1997
Back to previous page
Advertisment