Previous
Next
| Written by: Dawn French, Jennifer Saunders
This BBC comedy skit show is the brainchild of longtime comedy duo Dawn French and Jennifer Saunders. Helen Mirren has been featured on their programme in three skits between 1996 to 1999. Anyone who's seen the Prime Suspect series and enjoys satirical comedy will love Helen Mirren's appearance on French and Saunders. The first skit, "The Job", amounts to an hysterical shaggy dog story, full of inside jokes about British TV drama, and culminating with her arrival as their true leader. The second skit illustrates the inconceivable: Mirren as a suburban sitcom mom. She plays a version of herself in both skits, with a good sense of timing and delivery that stops just short of going over the top.
Cast: Dawn French, Jennifer Saunders, Kathy Burke, William Franklyn, Helen Mirren, Robert Pugh, David Vine 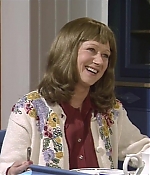 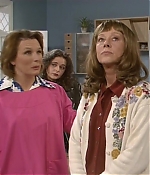 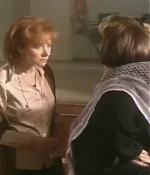 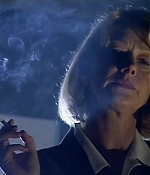 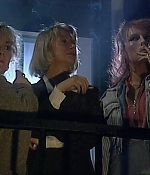 In her seven minute appearance from “French and Saunders” 1999 Spring special Mirren plays a world famous actress with a resumÃ© similar to her own. She comes to teach an acting ‘Masterclass’ with her drama school chums Maggie Moffitt (French) “ceaseless worker on behalf of Actorâs Equity” and Tillie Dickerson (Saunders) housewife and former actress (last credit, Dr. Who). During the class old issues between the women are revealed which are sensitive but also very funny. A fine line between comedy and tragedy is drawn in this sketch and all three actresses walk it with skill. Mirren displays her flair for comedy and French and Saunders are, as usual, delightful.

French and Saunders is being listed under the following tags: Comedy, Guest Appearance, Television Special, Year 1999
Back to previous page
Advertisment