Previous
Next
Directed by: Robert Altman | Written by: Julian Fellowes 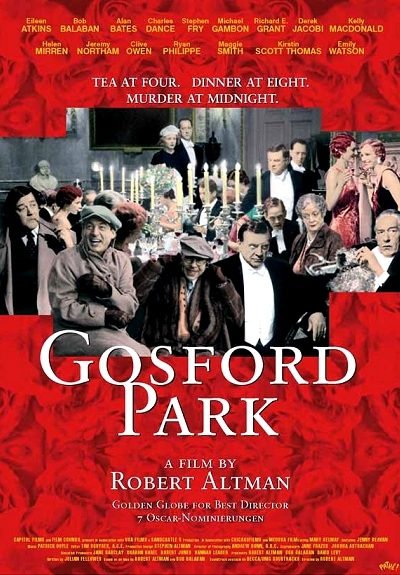 Sir William McCordle (Michael Gambon) is a wealthy but uncouth aristocrat with a large house in the English countryside. It is a world where everything runs in order - both upstairs, where Sir William indulges in a very comfortable existence of shooting, dinners and parties, and downstairs, where the servants work endlessly under the command of the house keeper Mrs. Wilson (Helen Mirren). But a shooting party will change all of that, with friends of the McCordles and their servants arriving from outside to upset the order. And so begins a complicated tale of secrets, lies, deceit and betrayal - and that's all before the murder.
Cast: Michael Gambon (Sir William McCordle), Kristin Scott Thomas (Lady Sylvia McCordle), Camilla Rutherford (Isobel McCordle), Maggie Smith (Count Constance), Stephen Fry (Inspector Thompson), Richard E. Grant (George), Bob Balaban (Morris Weissman), Helen Mirren (Mrs. Wilson), Jeremy Northam (Ivor Novello), Eileen Atkins (Mrs. Croft), Emily Watson (Elsie), Ryan Phillippe (Henry Denton), Clive Owen (Robert Parks), Kelly Macdonald (Mary Maceachran) 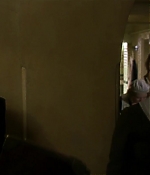 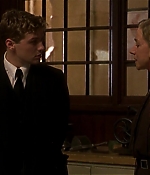 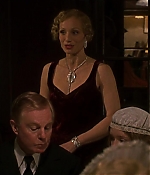 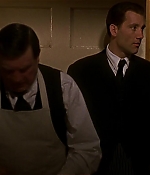 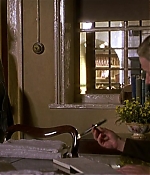 Robert Altman’s forty-year career demonstrates an extraordinary creative range. Now, this American original has “crossed the pond” to make Gosford Park. Producer Bob Balaban remembers, “About two years ago, I had the very simple germ of an film idea one that I thought Robert Altman would be a wonderful director for. He and I started talking about making a seemingly traditional 1930s murder mystery, set in an English country house over several days, that was told entirely from the point of view of the servants.” Robert Altman adds, “I think I said, ‘I’ve never done a murder mystery before, although I’ve done almost every kind of genre.’ I love to take genres and turn them over a little bit, look at them differently. So we started talking and looked at all sorts of material, including Agatha Christie works, and none of it was quite right. But it grew from there: I didn’t really want to do a ‘whodunit’ but rather a ‘that it was done.’ We decided to deal with the social issues within the period. At first we set it in 1934 or 1935, but then decided that we didn’t want the rise of Hitler to color everything, so we set it just before that, in 1932. I also like that period because I was alive and I have a frame of reference for it, rather than just reading someone else’s reports of it.”

The film would be ‘servant-led’ and, in deference to Agatha Christie and the whole country-house-mystery genre, he decided there should be a murder which would act as a device to stop any of the parties from leaving the house. I had to come up with the characters and the stories to flesh this idea out. I was familiar with the way these houses were run at that time, and Bob was determined that it be based on absolute truth i.e., he wanted the details of the varied activities carried out in a house like Gosford Park, above and below stairs, to be correct.” Active pre-production began in late 2000, with the priority being to assemble an impressive ensemble cast. While that is the norm on many a Robert Altman film, this time the pool of actors was on the other side of the Atlantic. Helen Mirren, who plays Gosford Park housekeeper Mrs Wilson, says: “Robert has a very idiosyncratic style. It’s very specific and interesting for an actor because he pays as much, if not more, attention to the apparently inconsequential details as to the main push of the scene. He’ll let the scene take care of itself, and often concentrates his attention, imagination, and energy into everything that’s going on around the central theme of the scene.

I was sitting having lunch with Helen and Robert Altman came over to the table and said, ‘I’m looking at you two and I think you could be sisters. I’m gonna make you sisters’. We both said, ‘but we shot quite a few scenes’. And he said, ‘it doesn’t matter, doesn’t matter at all.’ He just loves his actors to improvise and I think he probably thought that Helen and I could come up with something and Helen’s wonderful because she is always up for anything. (Eileen Atkins, Hollywood Greats, 2007)

Mirren continues, “Very often, it is one of the actors who provide the detail. We’re all onscreen in Gosford Park nearly all the time there were no extras so if the scene needed to be filled up in the background, it was we who did it!” Overlapping dialogue among an ensemble is another hallmark of Altman’s films. To achieve this, all dialogue during all takes must be picked up by the production’s sound recordists. Sound mixer Peter Glossop oversaw the outfitting of all the actors with radio microphones and at times there were sixteen radio channels recording dialogue. It is because of such thoroughness that Altman can, in final editing, pick and choose what he finds interesting: “Great pieces of dialogue are often improvised. I try to encourage actors not to take turns speaking, but to deal with conversation as conversation. In the end, they learn that it’s fun, and that it’s no big deal if it goes wrong because we can shoot it again and do it another way.”

Most directors basically do it the same way. Theyâre great, and many are great visionaries. But they basically set the scene up the same way and shoot the same way. Robert Altman is completely different. You never know if youâre on the screen or not, which is great, so youâve all got to be âon itâ all the time. Thereâs no such thing as âhaving your momentâ with Altman. You look at your role, see that you have this big speech, show up on the set, and realize that the whole scene is about this dog running around the people in the scene, all of whom are having their big speech! (laughs) Heâs the only guy who will start with whatâs happening in the background, and then the main actors find their place within that. Thatâs why his screen is always so full of detail, because those details havenât been put in at the last minute by the 1st A.D. He will very carefully set up, rehearse, and have all those elements in place before he shoots. But in a way, the background actors are more important than you are. Then heâll have two cameras: one on tracks over here, then another on tracks opposite, constantly moving around the scene. Iâve never seen another director who does that. Itâs great. Heâs one of the great visionary American directors, without a doubt. (Helen Mirren, Venice Magazine, December 2006)

Upon its December 2001 release, “Gosford Park” was met with critical praise and became a frontrunner for the 2002 awards season in various categories. There were seven nominations for Academy Awards (including Best Picture and Best Director), Fellowes won the Best Original Screenplay. At the 55th British Academy Film Awards, the film was nominated for nine BAFTAs, winning Best Film and Best Costume Design. Mirren, Smith and Watson were all nominated for Best European Actress at the European Film Awards. The film received five nominations at the 59th Golden Globe Awards, where Robert Altman won the Award for Best Director. At the 8th Screen Actors Guild Awards Mirren won Outstanding Performance by a Female Actor in a Supporting Role and the ensemble cast collectively won Outstanding Performance by a Cast in a Motion Picture. The film won four more ensemble awards from the Broadcast Film Critics Association, Florida Film Critics Circle, and Online Film Critics Society.

“Downton Abbey”, meet your makers. Long before the Grantham’s became part of tv history, Julian Fellows wrote the magnificent script for “Gosford Park” which was turned into a brilliant film by Robert Altman. I haven’t said this often about a film and it hasn’t occured in a long time, but in “Gosford Park”, everything is just right. It’s a piece of history, showing the upstairs downstairs lives, it’s a murder mystery, it’s an astonishing ensemble work and a career highlight for Robert Altman, as if his career had been short of highlights. And, after “The Madness of King George”, it gives Helen Mirren another chance to create a memorable character out of a quiet person, who’s not so quiet on a second look. Her Oscar nomination was deserving, just as much as a win would have been deserving. Even after watching “Gosford Park” mutliple times, you’ll find new things and new turns. Very recommended and a classic.

Gosford Park is being listed under the following tags: Comedy, Thriller, Year 2001
Back to previous page
Advertisment