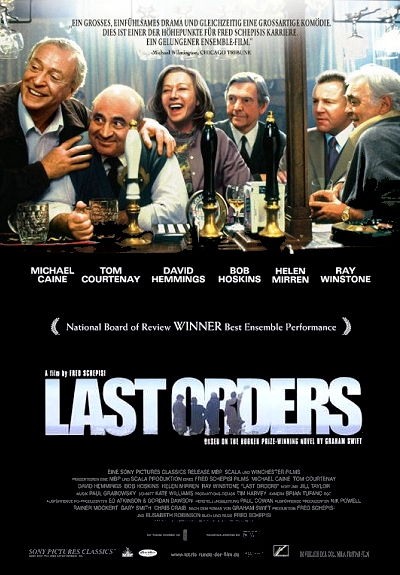 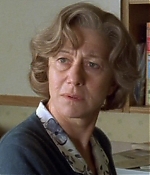 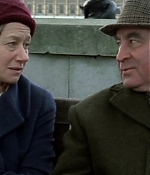 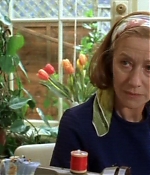 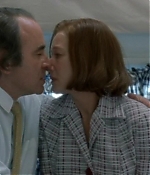 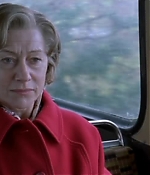 US producer Elisabeth Robinson was working with Fred Schepisi preparing a feature film based on the story of Don Quixote in 1997, when she brought Graham Swift’s Booker Prize-winning novel Last Orders to Fred’s attention, “probably because it appeared to be difficult to make into a film and that I’d probably like that challenge” says Schepisi. “Primarily, I thought he’d be right for it, based on his previous work, particularly ‘Six Degrees of Separation'” adds Robinson, “like that film ‘Last Orders’ is about a very particular place, but a universal experience and needed to be told with subtlety and elegance, which I believe Fred does better than anyone.” With a first draft written by February 1998, Schepisi met with potential cast members, culminating in commitments from Michael Caine, Tom Courtenay, Bob Hoskins and Ray Winstone, enabling the next one-year option to come into play. By early 1999 it was time to raise the finance in order to fulfil the final option, and although Robinson was an accomplished film executive in the States, she needed a British collaborator to assist her with financing if the film was to be shot in the UK. Familiar with his history, credentials and reputation, Robinson brought Nik Powell and his independent production company Scala into the mix. Powell came on board in an executive producer role and during the summer of 2000, brought European production financing via German-based Rainer Mockert and MBP.

Principal photography officially commenced in October 2000, taking cast and crew right up until Christmas 2000 when they wrapped after a nine-week shoot. “It’s such a terrific story, there were a lot of actors knocking on our door” says Fred Schepisi, “all the cast jumped at it as soon as they’d read the script. It’s a story they could relate to and it touched them all in a very personal way. Ironically, Michael (Caine) said he’d always known he’d play his father one day. A group resonance existed throughout the shoot, which brought an amazing spirit to the whole thing.” When producer Elisabeth Robinson first read the novel, she immediately felt a film version would offer wonderful roles for the cream of the British acting fraternity, “To have them all together in one film is rare, but it’s exactly what happened.” “It’s a little gem,” says Michael Caine, “I remember the first read-through, everything felt right and everybody was so good.”

Helen Mirren confirms this, “I don’t normally like read-throughs, I get bored, but this was wonderful. It was very funny to see all of those actors sitting together. It was kind of moving and quite powerful.” Ray Winstone read the script two years before shooting commenced and was immediately hooked, “I just really badly wanted to do it.” For Schepisi, the hardest casting decision was selecting the younger actors, “It’s all very well to talk about Michael Caine, Helen Mirren, Bob Hoskins, Ray Winstone, Tom Courtenay and David Hemmings, but who plays them when they’re nineteen and twenty-one years of age? They had to have the same star quality and charisma, it was quite difficult.”

The way the film is structured, you slowly find out what the history of each of the characters is and there’s a reason why they are how they are today. I grew up in a town called Southend-on-Sea, which is very similar to Margate, the seaside town that appears quite a lot in the film. My mother’s family came from the East End of London, so I kind of know the milieu and these characters very well. In a sense I grew up with them, coming from somewhere like Southend and that was a reason why I wanted to do the film. There seems to be a very high level of comfort on the set. People are playing characters that are very close to them, none of us are really having to make a big stretch to play someone very different from ourselves. In a sense it’s close to all of our histories. We did a pub scene the other day and it was very special to see all those faces together. Most of my role takes place separate from the rest of them and I have a whole different trajectory in many ways. (Helen Mirren, Production Notes)

Being the leading lady in a mainly male cast Helen Mirren was certainly made a fuss of in her role as Amy, “I get hugged a lot by all of them” says Mirren, “I was hugged by Ray (Winstone) which was fabulous, I got hugged by Michael today and then I get hugged by Bob.” “I remember as a kid,” continues Winstone, “watching Michael Caine, Tom, David, then later Bob, in some of my favorite films… ‘Charge of the Light Brigade,’ ‘The Loneliness of the Long Distance Runner,’ ‘Alfie,’ ‘Zulu.’ Where I came from, if you thought of becoming an actor, if you had any heroes – they were it. To be playing opposite them is quite daunting at times.” “There’s no bullshit,” says Bob Hoskins, “it’s wonderful just to get on with it. I’ve always admired Fred. He’s one of the best directors I’ve ever worked with because he’s very direct and he doesn’t hide the technicality. I’m always interested in the camera and what’s happening with the kind of image we’re trying to create and Fred takes that in. It’s no good just creating your role because there’s the screen and there’s you, you’ve got to think of the whole thing.”

“Last Orders” was met with critical praise, espcially for its cast. The male actors received a shared Best Actor nomination at the 2001 European Film Awards, while the whole cast was nominated for a National Board of Review and Chlotrudis Awards. Helen Mirren received a London Critics Circle Film Award and second place at the Los Angeles Film Critics Association Award as Best Supporting Actress.

“Last Orders” is a laid-back, sentimental, yet life affirming film with a great cast of Britain’s best. It offers great performances for Caine, Courtenay, Hemmings and Hoskins, all masters of their craft, and it’s a joy to see them all together. Helen, as the only central female character in the film, has a wonderful supporting performance, which is as subtle as it is heartbreaking. The flashbacks don’t bother too much, although they’re not as interesting as the modern-day scenes. Despite its magnificent cast, “Last Orders” remains a little film, just as its story is a little one, picked out of everyday’s life. Recommended.

Last Orders is being listed under the following tags: Drama, Year 2001
Back to previous page
Advertisment