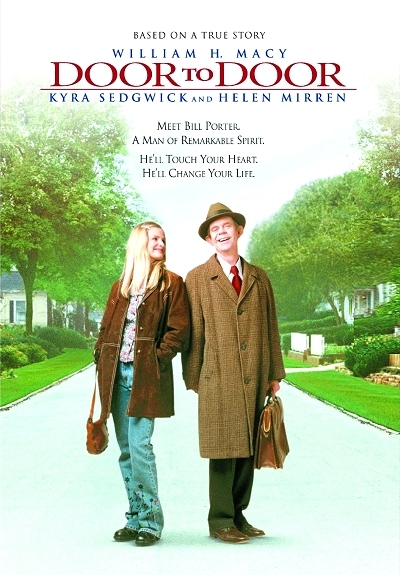 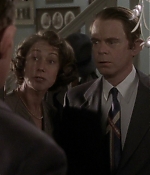 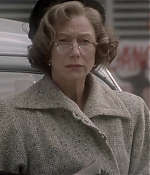 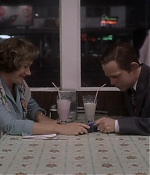 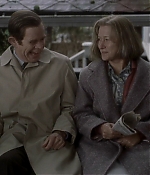 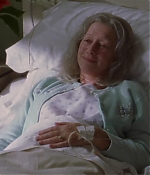 “Door to Door” is based on the incredible story of the late Bill Porter, a door-to-door salesman with cerebral palsy. Porter had been told for many years that he was not employable, but he threw all of his effort into working as a salesman for Watkins. Despite the pain of his medical condition, he would walk eight to ten miles a day to meet his customers. Porter has been able to support himself, and continued to work as a salesman at the age of 69 at the time of the film’s showing.

It was such a charming, moving, simple script. It was one of the best ones I’ve read in a long time. Then I watched the 20/20 piece about Bill Porter, and I was even more excited to do the project. The combination of the script and working with Bill Macy were the selling points for me. (Helen Mirren, Production Notes)

Porter’s professional success is all the more amazing given the fact that his cerebral palsy makes walking extremely difficult and painful. But for more than 40 years, he walked eight to 10 miles a day, selling products for The Watkins Company, and along the way wove himself into the lives and hearts of the people along his route. As “Door to Door” chronicles 40 years in Porter’s remarkable life, it also recounts the changing times of our country through one amazing man and the neighborhoods he walked. “Bill Porter’s story is so compelling because it’s about a simple man with cerebral palsy,” says director and writer Steven Schachter. “He is unheroic in his deeds, but when you look at the totality of his life, he’s an amazing hero because of the daily obstacles he faces and the odds he’s overcome. He represents a kind of work ethic that’s long gone a guy who trudges through neighborhoods day after day after day, just connecting with people.” Co-writer and star William H. Macy agrees. “Bill Porter is a remarkable man. I think there are millions of remarkable men and women who, against some formidable odds, get up every day and go to work. You never hear about them. I’ve always been attracted to stories that talk about the ordinary Joe who, without thanks and without fanfare, does his job and touches so many people along the way.”

Door to Door is being listed under the following tags: Drama, Inspired by True Events, Year 2002
Back to previous page
Advertisment