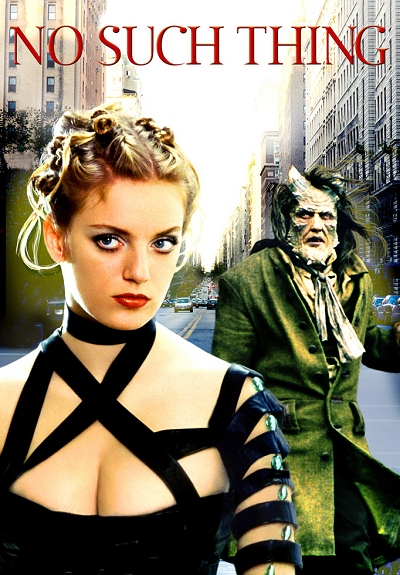 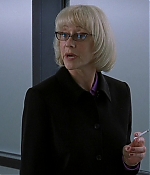 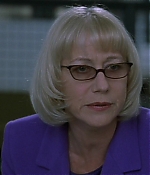 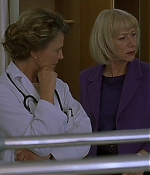 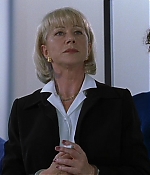 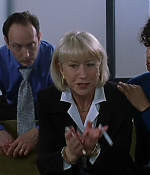 For some, the very idea of Hal Hartley, director of such thought-provoking, independent works as “Surviving Desire” (1991) and “Simple Men” (1992), tackling horror themes must have come as a shock. In reality, though, with “No Such Thing”, a tale of an indestructible monster who wishes he could finally die, Hartley came full circle as a filmmaker. At the beginning of his career he wrote a script for a cheap horror movie that aimed at meeting all possible expectations of the genre-loving audiene. The movie was never made but after hearing some good opinions on the script, Hartley decided to give horror another chance, and set out to write a script for a vampire movie. Again – some encouraging praise followed but no movie was made. More than a decade had to pass for Hartley to finally finish something that would echo those early ideas. This time, however there was no gore to speak, no nudity and no vampire in sight.

In “No Such Thing” the vampire is replaced by a nameless creature (Burke) that lives in a sad, decrepit shack near the sea, somewhere in Iceland. An American TV station bossed by a heartless ratings-freak (Mirren) sends a crew of journalists to the monster’s lair in order to get a good, controversial documentary, but they soon vanish, most likely killed by the beast. Beatrice (Polley), who also works at the TV station and is the fiancÃ©e of one of the lost men, decided to travel to Iceland and discover the truth about the disappearance. But in a movie by Hartley, things cannot go too smoothly and predicatbly, so after a wonderfully suspenseful shot of Beatrice looking straight at the camera, deciding whether to board the plane or not, we are informed that all the passengers on the plane died when it crashed in the sea… all, that is, except for Beatrice, who was saved by Icelandic fishermen and brought to a hospital. Seriously injured, the girl has to undergo a painful experimental surgery, and after some time, with the help of Julie Christie as a doctor, she leaves and continues her journey. When she finally arrives at the creatures doorstep, she learns two important things. Firstly, the monster did tear her fiancÃ© to shreds, yes. Secondly, she cannot do much to avenge her loved one as the monster is not only supernaturally strong but also immortal. And that’s where the proper movie stars: Beatrice will have to find a way to destroy the indestructible, and not because she hates the beast – in fact, she becomes more and more fond of it – but because the beast asks her to do that. Life is dreadfully boring, it turns out, when you cannot die.

“No Such Thing” flopped at the Cannes Film Festival, after which the studio demanded the movie be recut. Hartley refused, and Coppola supported him. The September 11 attacks may have made the studio think the movie unfit to be marketed, and the release, in early 2002, was a low-key affair; after two weeks, only three screens showed the film. It went to home video within months.

âââââ
“No Such Thing” is another one of Helen’s odd films that I’m having a hard time to appreciate. It’s unfair to criticize an independent film for its budget, but this one looks like the shoestring it was made of. Sarah Polley, who has become a heralded screenwriter, sleepwalks through the film most of the time, Julie Christie (who received an Oscar nomination for the Polley-directed “Away from Her”) has a cameo with nothing to do, and Helen Mirren plays the network boss on snappy autopilot. With a story so strange, I don’t think there could have been a better film within the material – it’s the story that makes “No Such Thing” a unique, but forgettable horror fable.

No Such Thing is being listed under the following tags: Comedy, Experimental, Satire, Year 2002
Back to previous page
Advertisment